A Guide to Glamping

If you’re one of those people who like the idea of being outdoorsy but can’t bear the thought of leaving behind your comfy mattress, tastefully decorated surroundings, and indoor plumbing, then “glamping” might be for you. Glamping is all about combining the fun of camping with the conveniences of home and the hip ambiance of your favorite Instagram celebrity’s feed. If you’re eager to try glamping, here’s everything you need to know before you start planning your own relaxing, fun and oh so stylish night under the stars.

The word “glamping” is a portmanteau of “glamorous” and “camping” and while the term might be relatively new, the attitude that comes with it has been around for centuries. The nomadic tribes of Mongolia camped out in circular shelters known as yurts and would take their semi-permanent homes with them as they traveled across Central Asia as far back as 600 BC. In the 1900s when African safaris came into fashion, wealthy Europeans and Americans were known to stay in luxurious canvas tents decked out with wooden furniture, Persian rugs, and whatever home luxuries they could bring with them.

The modern day obsession with glamping is thought to have emerged out of the United Kingdom around 2005 and since then it has exploded into a huge tourism industry. Today “glampsites” can be rented just about anywhere in the world and usually feature a sleeping structure like a tent, cabin, trailer or hut, amenities like beds, linens, décor, and even electricity and plumbing, depending on how much or how little you want to rough it. 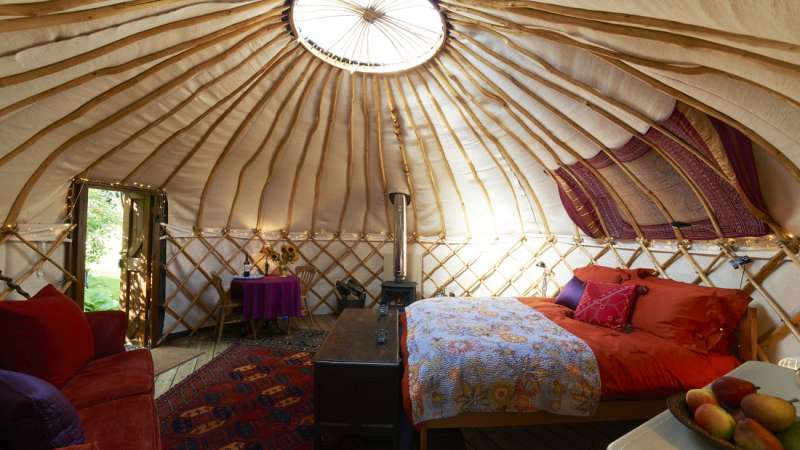 Why is it so popular?

Some credit the modern phenomenon of glamping to the global financial crisis when vacationers began to shy away from foreign travel in favor of “staycationing” closer to home in order to save money. Glamping in your own backyard is an affordable alternative when international travel is outside of your budget.

With the simultaneous emergence of social media, social influencers, and the obsession with achieving that “Instagram aesthetic,” the #glamping hashtag has become wildly popular with Millennials who are obsessed with “doing it for the ‘gram.’ Many glampsites feature luxurious décor including beds, rugs, and blankets with trendy touches like string lights and canopies meant to set the scene for the perfect holiday selfie. Now that you’re dying to try glamping yourself, here are the ingredients for the ideal glampsite. 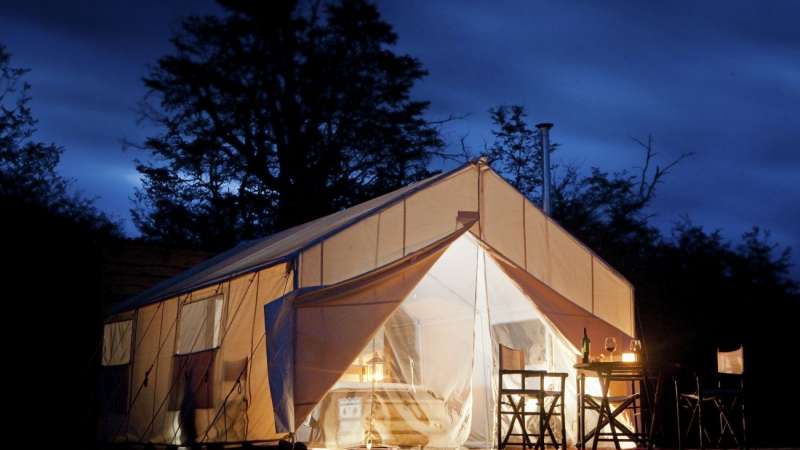