Best Hikes for Beginners in the U.K.

Unlike most places in the world, borders are not such a big deal in the U.K. The Kerry Ridgeway trail leads you between Wales and England, offering a fantastic view of nearby mountains on both the Welsh and English sides. This path has been used by farmers and workers bringing animals to market for centuries, and it’s generally well-marked.

It’s used by both cyclists and hikers, so watch out for people on two wheels if you’re walking. Starting at Cider House Farm, the ridgeway wends across the border for 15 miles before coming to an end at Bishop’s Castle.

If you’ve ever wanted to see what decades of mining can do to a landscape, head to the Tramway Trail in Cornwall for an education on the history of the mining industry, which had a huge influence on the area. Starting in the village of Portreath, the trail passes through several small village and beautiful moors that are interspersed among the old abandoned mine pits. The trail itself was used by carriages carrying tin and copper, and it’s well-marked with several interpretive boards that give the history of notable landmarks. The 11-mile trail ends in Devoran. 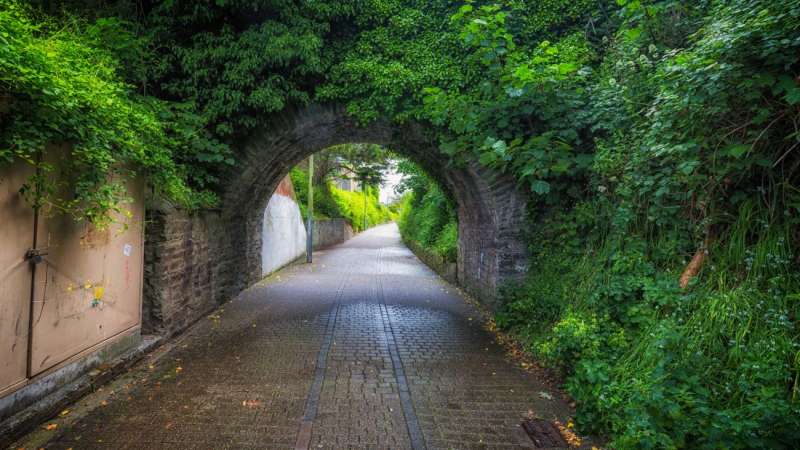 While this popular four-mile hill walk isn’t particularly long, it’s generally recommended for people who have done at least one trail before. The trail to Pen y Fan starts in the Pont ar Daf parking lot, then circles up to the top of the highest mountain in Britain. The pathways are well marked and easy to traverse – the only strenuous part of the walk is the incline.

At the top of Pen y Fan, you’ll be able to explore a cairn which marks a Bronze Age burial chamber. If you want to keep going, head on to the plateau of Corn Du, another mountain in the Brecon Beacons range. 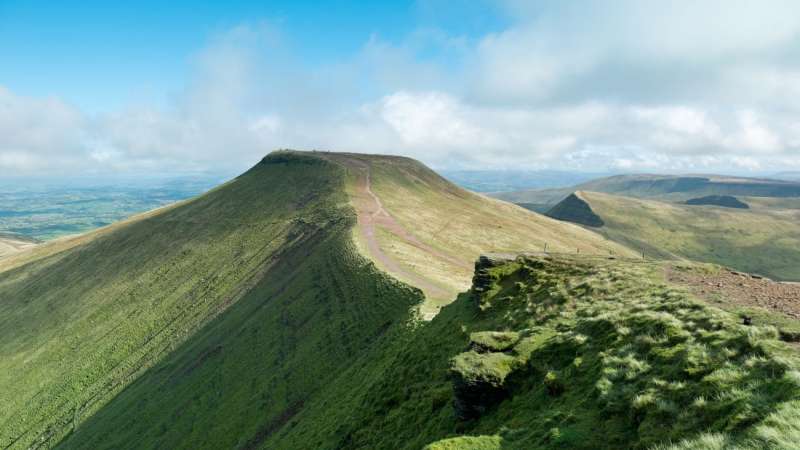