If you’re having a hard time trying to decide where to go on your next holidays, don’t beat yourself up. In fact, it’s a very good problem to have! There are plenty of reasons to choose a destination, be it the food, nature, or activities, but it’s equally important to pick the right time to go.

As a rule of thumb, summer tends to be the high season for traveling. Summer is roughly January and February for countries in the southern hemisphere, and July and August for the ones in the northern hemisphere. Conversely, the low season might be perfect for those who love the cold and prefer cheaper and less crowded trips. It’s also worth noting that a place might be unexpectedly busy because of festivals and religious events.

One of the best places to travel to in January is Southeast Asia. Even during the high season you can still travel on a budget and have an amazing time. Spend some time soaking up the sun in the Thai islands, enjoy the impressive Angkor Wat in Cambodia, or see balloons flying over the temples in Bagan, Myanmar.

However, if you’d like to practice your snowboarding and skiing skills, you can easily head to several resorts in Europe such as Chamonix in France, Zermatt in Switzerland, or Cortina d’Ampezzo in Italy.

If that’s not your thing, you could always go to Park City, Utah and attend the famous Sundance Film Festival or go to Colombia for the Cartagena International Music Festival.

Latin America is probably your best bet if you’d like to enjoy nature, the sun, and culture. Consider embarking on a slow-boat trip through the Amazon, learn about the cigar industry in Cuba, or enjoy the cool temperatures of Medellin in Colombia.

Since there are many carnival events all over the globe, February is a great month for those who like to party. You could shake your body until the morning in Rio de Janeiro, wear intricate masks during the Venice Carnival, or head to New Orleans and make the most of Mardi Gras.

Outside of Carnival, you could also go see the beautiful ice sculptures of the Sapporo Snow Festival in Japan or enter playful fights in the Battle of the Oranges in the Italian city of Ivrea.

India can be an excellent destination to visit in March as it’s the last month of the season, which makes it cheaper and less crowded. It’s also the time to attend the colorful Holi Festival, where people throw powdered paint at each other. If you’re lucky with the dates, you may be able to experience Kumbh Mela, the largest religious festival in the world.

Don’t forget you can still easily hit the slopes of North America for some powdery adventures. Banff and Whistler-Blackcomb are awesome spots in Canada, while Mammoth takes the cake for the U.S.

If you live in a city that has an Irish pub, go there on the 17th to celebrate St Patrick’s Day. Make sure you wear a green outfit and be prepared to drink a lot.

While most of the world considers April as a shoulder season, some places are still going strong. For those still looking for the endless summer, you can either go to the Caribbean to bask in the sun and relax in the warm waters, or the Philippines to enjoy the turquoise beaches and dive with majestic sea creatures.

Another option is to visit Hokkaido, the northern island of Japan, to catch the late bloom of the annual Cherry Blossom Festival. Speaking of festivals, you could go to California for the famous Coachella Valley Music and Arts Festival or Thailand for the hilarious Songkran Water Festival.

As the final month of spring, May is your last chance to see flowers everywhere and enjoy temperatures that aren’t too cold or hot.

In Australia, May is the beginning of the dry season. Plus, if you head to the West Coast — particularly Exmouth — it’s the best time to see whale sharks. Southern Portugal and Spain are also great as you can enjoy the beaches without the hordes of tourists.

If you’re more interested in annual festivities, you can head to the Brighton Festival in the UK for a month of art, theater, and music bonanza. At the same time in France, actors and directors fight for a Palme d’Or in the Cannes Film Festival.

From the mesmerizing national parks in the U.S. to China’s humongous Great Wall, the Northern Hemisphere is your playground come June. Since it’s the dry season in the Andes, travelers can gaze at the endless Salt Flats in Bolivia or attempt the Inca Trail to Machu Picchu.

With the start of the summer, festivals spring up everywhere. The most notable being Glastonbury for the world’s largest greenfield festival. Across the pond, revelers can enjoy Bonnaroo in Tennessee for some alternative folk music. For sports aficionados, professional tennis players flock to London for the prestigious Wimbledon tournament.

July’s high season in Indonesia, a country comprising of more than 17,000 islands. Travelers can surf perfect waves, see orangutans in Borneo, or absorb the beautiful culture in Bali. If looking for something different, consider exploring Madagascar to see the curious-looking lemurs.

For an intense and potentially dangerous experience, head to Pamplona in Spain to attend the scary Running of the Bulls during the San Fermin Celebrations. Another option is going to Boryeong in South Korea for the Mud Festival, where people get messy and dirty. At least, the mud is known for its healing properties.

With summer in full swing, August is arguably the best time to make the most of Europe and the Mediterranean countries. Unfortunately, late summer is the most expensive time to visit, so stick to the budget. Travelers can watch the narrowboats floating along the charming canals of Amsterdam or go sailing in Lac du Bourget, one of the French Alpine lakes.

For annual festivities, head all the way to the Black Rock Desert in Nevada to attend the Burning Man festival, which promotes self-expression and “radical” inclusion. If you’d like to get dirty instead, join another 20,000 people in Buñol for La Tomatina, a week-long tomato fight.

September is the beginning of the second shoulder season. As such, it’s a great time for exploration.

September is the dry period in Zanzibar. During this period, the sun is not so hot, the beaches are still pristine, and there’s a never-ending buzz in the markets. If you want paradise without the crowds, then Bora Bora in French Polynesia is a decent contender, although it requires a bigger budget.

If you’re worried about what to wear the following spring and summer, you should attend one of the “Big Four” Fashion Weeks. Whether it’s New York, London, Milan, or Paris, you’ll come out with a greater sense of style.

As the leaves change color and temperatures decrease, autumn is an excellent time to find quiet beach destinations and incredible hiking adventures. Head to Cyprus to enjoy its beautiful coastline dotted with friendly villages or the Lake District in the U.K. for dramatic landscapes.

When it comes to the festival department, Albuquerque in New Mexico takes the top prize with the International Balloon Fiesta and its 750 balloons. Make sure to hang in the U.S. until the end of the month to enjoy the Halloween festivities and pumpkin craze.

If you’d like to delve into some Islamic culture, then November might be the perfect month for that as Northern Africa and part of the Middle East are enjoying the high season. You could see the luxurious high rises of Dubai, learn about the Pharaohs in Egypt, or watch the wildlife in the Gambia.

Although it officially starts on October 31st, you can still head to Mexico to enjoy the Day of the Dead festivities. Another option is going to Reykjavík to attend the Iceland Airwaves festival with new and upcoming international bands.

As you get to the end of the year, the summer is back in the Southern Hemisphere, while days get shorter and shorter in the north. With minimal rainfall and long days, make your way to South Africa to relish in the beautiful beaches of Cape Town or some safari at Kruger National Park.

December is busy all over the world as holiday festivities and New Year’s celebrations approach. For some an abundance of holiday cheer, head to New York City or the markets in Berlin. But if you’re looking to party, Rio de Janeiro is definitely the place to go. 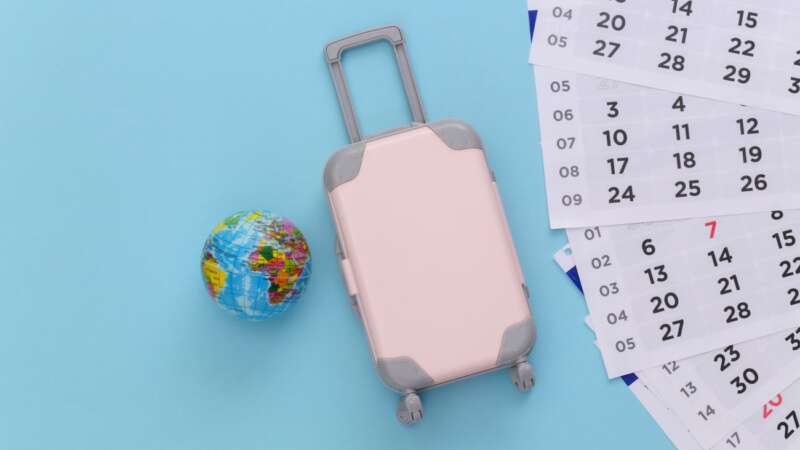