The World in Chili

Chili is one of those comforting fall dishes that just hits the spot on a cool, crisp day. A good bowl of chili is warm, spiced just right, and features enough protein to keep you full for ages. We can all agree on the merits of a bowl of chili, but for a lot of people, that’s where most agreements stop. There are so many different kinds of chili that are popular around the world — most centered in the United States, which has definitely become the world’s capital of chili.

Today, we’re going to explore different types of chili, and see how they’re unique. We’ve consulted the International Chili Society for some wisdom — they’ve been awarding medals to the best bowls in the United States since 1967.

Chili con carne is the official chili of Texas. Often called ‘Texas Red’, it’s been the official state dish since 1977. Chile con carne is a very specific, regimented style—the only vegetables that are allowed are tomatoes—and even then, some Texan purists disagree on that. Chili con carne is a bowl of spiced, stewed beef that’s flavored with a variety of spices including cumin, allspice, and oregano. The bulk of the dish, and the majority of the flavoring comes from a multitude of dried chili pods.

This recipe specifies the inclusion of three sweet fresh chilies (like New Mexico or Choricero), two hot chilies (Arbol or Cascabel), and three rich and fruity chilies (like Ancho, Mulatto, or Pasilla). This is definitely not a recipe to make if you’re unable to get the correct chilies —substituting just won’t work. 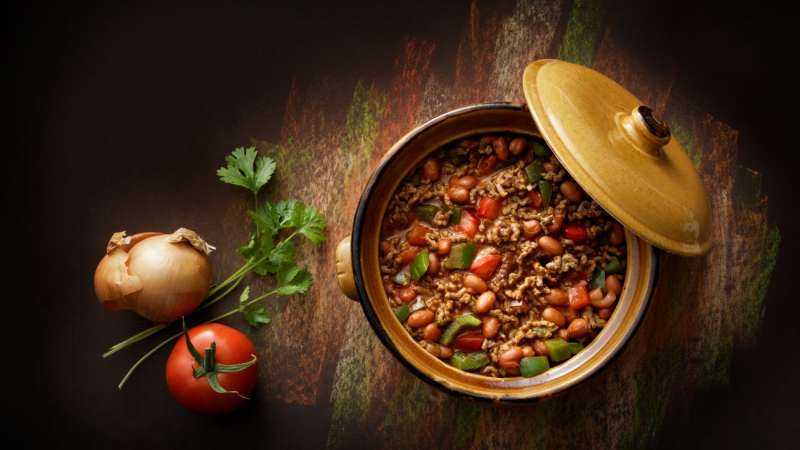 One of the most unique regional dishes in the United States in Cincinnati chili and everything from its creation to the proper way to eat it is strictly regimented. Cincinnati chili actually came from Greek immigrants via New York City — it’s similar to the Coney-sauce that was served on hot-dogs on Coney Island in the early 20th century. Ground beef is the meat of choice in this chili, and also spiced with chili peppers, but features a few unique spices like paprika and allspice that hint at its Mediterranean origins.

If you’re in Cincinnati, it can be ordered five different ways. If you order a bowl, you’ll get a straight-up bowl of chili with no additions. Two-way is chili served over spaghetti. Three-way and four-way add cheese, and cheese and onions respectively. The five-way, which is considered the ultimate indulgence, is a pile of spaghetti on an oval plate, topped with a healthy serving of chili, cheese, onions, and beans. Some people even add oyster crackers on top. 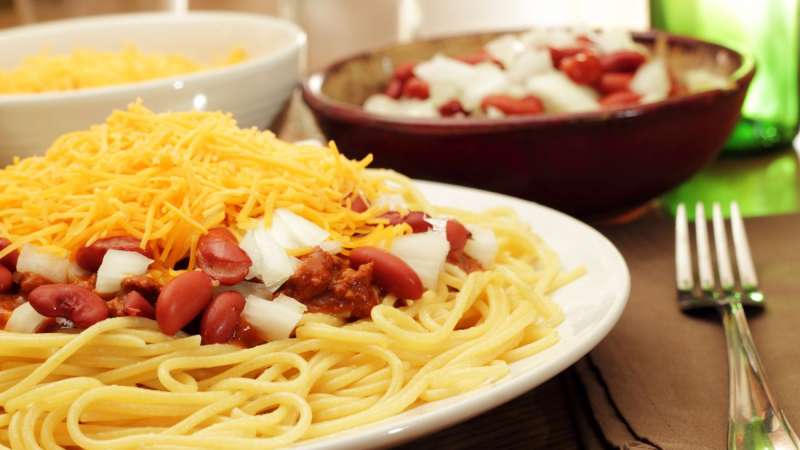