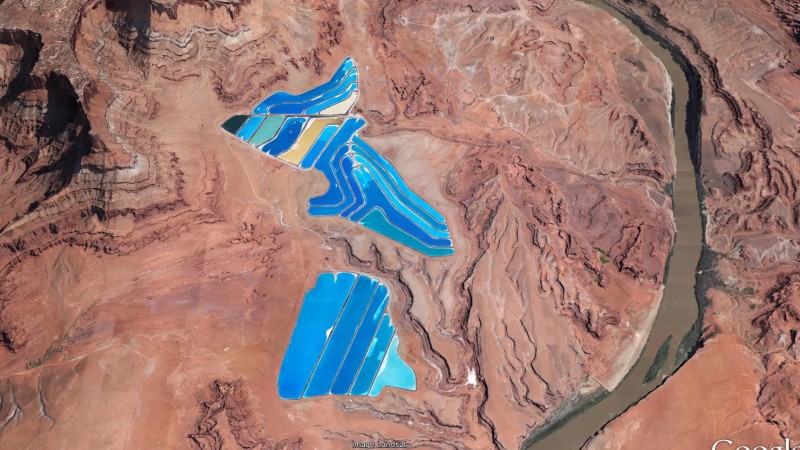 The series of electric blue and teal ponds that you can see on Google Maps near Moab, Utah, are actually evaporation ponds that are used by the potash industry. The potash mine, which is located deep under the earth, is pumped full of water, which is then pushed back up to the surface, before sitting the ponds to evaporate. This way, the potash crystals can be harvested from the pond bed, without people having to go underground. And the effect is pretty stunning! 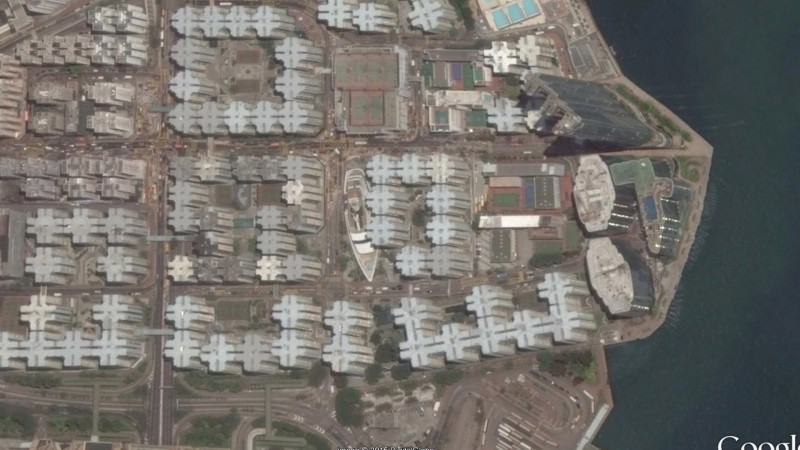 The stranded boat located in a section of Hong Kong called Whampoa Gardens isn’t actually a real ship, although it looks that way from above. It’s actually a shopping center that was built in the shape of a cruise ship to entertain and delight residents. Roughly the size of a city block, the ship/mall is full of delicious local food as well as shops and entertainment venues. 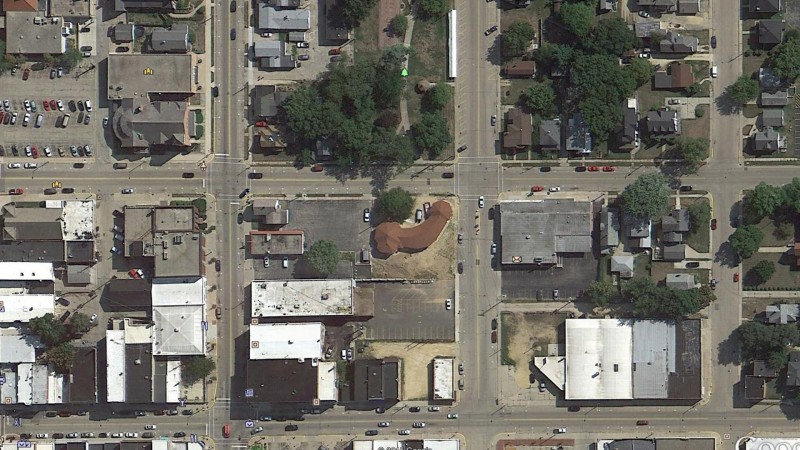 The building that definitely looks like something not-so-PG in Dixson, Illinois, is actually — get this — a church. Built by the Christian Science Church, the architects are now huffily pointing out that they “didn’t design it to be seen from above”. Although the shape does allow for lots of natural light in the chapel, it does have the unfortunate consequence of making the church look extremely phallic.