Founded nearly 1000 years ago, this elegant town is an interesting mix between cosmopolitan and bizarre. Its atmosphere is coexistence between medieval and modern, between the past and present.

When we think of Nuremberg, we usually think of gingerbread, Christmas, fairytales and Albrecht Dürer. However, it’s important to know that there’s even more to see in this lovely city. With a little help from your friends at Travelversed, you will be able to check out some peculiar things and places.

This is not just a regular monument – it’s one that makes you think and reflect upon a series of things. And, even if it was made hundreds of years ago, its significance fits our times and societies just like a glove.

This meaningful masterpiece depicts a boat, seven people, a skeleton and a dog. Interesting gathering of passengers, indeed. At front and rear, you will notice two fools’ masks – a metaphor for the continuously threatened world. Curious about what the artist wanted to represent? Keep reading, because once revealed, the meaning will certainly not disappoint this curiosity of yours. 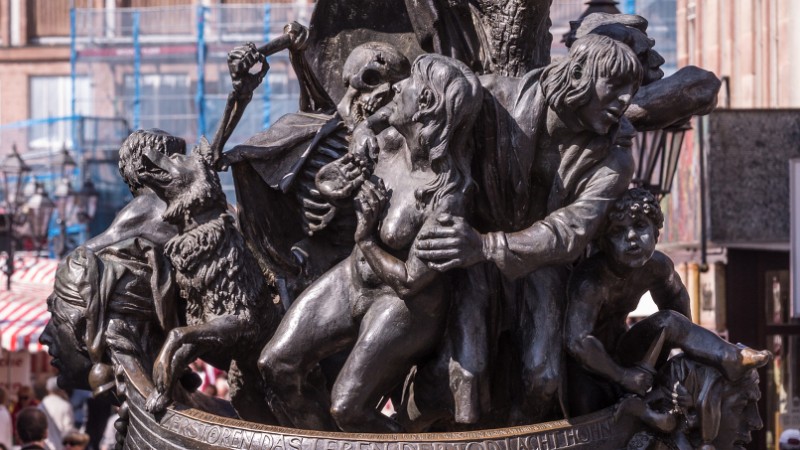 Continued on the next page…

On the right side, violence is represented by a strong, powerful (and muscular, of course) man with a club. Resignation is indicated by a limp mocker emptying the cup, while those times’ realistic man is shown as a handyman with his spanner.

On the left side, you can see Adam’s and Eve’s expulsion from Paradise. The scene is enriched with despair, displayed by the laughing death-child Cain holding a knife. Behind them, already withered, the tree of wisdom serves as mast.

The text speaks out against violence, environmental destruction and war.

Makes you think, doesn’t it? 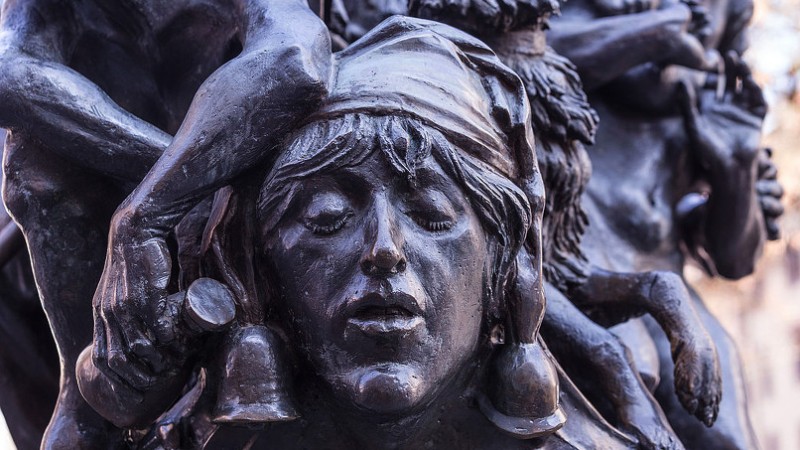 “It’s just a bridge,” some might say. But they couldn’t be more wrong. In fact, Kettensteg is one of Nuremberg’s iconic landmarks. It’s not only a free-hanging suspension bridge, but the oldest of this kind in the entire Germany, as well. After pedestrians crossed the Pegnitz River on a wooden bridge for centuries, in 1824, engineer Georg Kuppler had the wise inspiration of designing and building what has now become a historical monument: the Kettensteg.

Despite being self-taught, Kettensteg’s creator became a Professor at the Polytechnic School back in 1823. He is also famous for restoring Frauenkirche’s clockwork figures and developing the country’s very first railroad.

Considered a feat of engineering back when it was constructed, the beautiful Kettensteg was built based on English models and features wooden and steel support pillars in order to maintain its original structure and to preserve it.

So, this bridge is not only nice-looking and very practical, but also an important part of Germany’s modernization process. What may seem trivial to some, was almost revolutionary back in the day — a pioneer of transportation. And you get the chance to see it in front of your eyes. 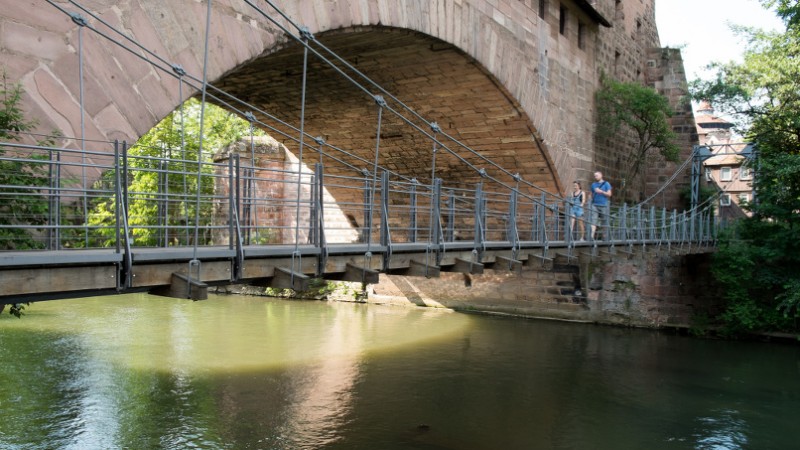