Next, here’s a precious, insider tip. Prepare yourself for a hip adventure: GoHo is a famous district in Nuremberg where you will find a bunch of unique shops and trendy places to eat. Located on the city’s center edge, Gostenhof (its official name) is the neighborhood to go whenever you want to enjoy a cool vibe.

Feel free to take your time and check the cozy stores packed with antiques, second-hand and even designer-signed items. You’ll need a while to go through everything, but trust me, it’s worth it.

No two stores are alike, and your chances of finding some amazing, one-of-a-kind stuff are high.  Strolling from one chic place to another will be unlike anything else, an absolute change of scenery from the nearby locales.

As soon as you’re done with your treasure hunt, you will be very welcome to stop by any restaurant and try something interesting from the menu. There’s plenty to choose from.

There’s no complete travelling adventure without experiencing the alternative culture and lifestyle of a city, so there you have it. 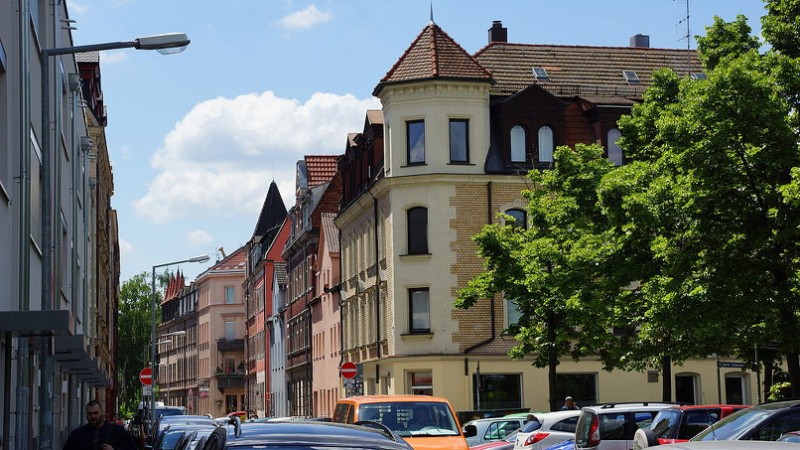 Yes, history, natural sciences, and art museums are wonderful and we all love them. But what about a museum that mixes up history and childhood’s memories? You can find such place in Nuremberg – ask locals about the Toy Museum, or the Spielzeugmuseum.

The museum was founded in 1971 and is based on the toys collected by Lydia and Paul Bayer. It is located in the old city center, hosted by a medieval building with four floors in which you can admire toys dating even since the middle Ages.

Young and old alike are captivated by this cheerful museum, which has several exhibits dating from the Renaissance; however, most of them are from the 19th century. Simple dolls are displayed near complex mechanical toys, such as a big wooden wheel from the Erz Mountains, embellished with colorful lights. Upstairs, you can see a bunch of Barbie dolls and elaborate Lego constructions.

Nuremberg has gained international fame for its puppeteers’ talent and crafting skills, so be sure not to miss this happy, peculiar place.

Feeling like a child again? You know, adults are only kids grown up, anyway, as Walt Disney used to say. He couldn’t be more right! 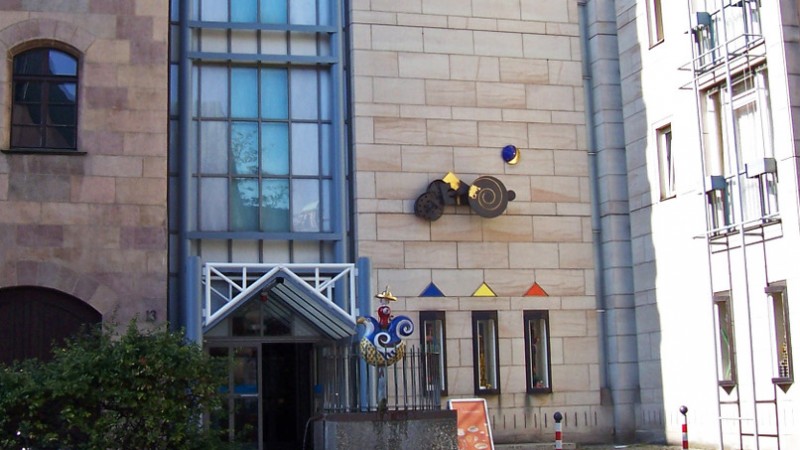 The next one is a sculpture, but not that type that you would expect seeing in a touristy area. Der Hase is translated as The Rabbit and displays exactly what it says – a rabbit. However, this is not a cute little bunny you’d normally think of, but a dazed or possibly dead one. It’s a nightmarish image and extremely interesting to check out.

Located outside of Albert Dürer’s house in Nuremberg, this creepy sculpture by Jürgen Goertz is a satiric take on a much more realistically proportioned bunny — the one created by Dürer in his watercolor masterpiece, entitled Der Feldhase.

It’s designed as homage to Dürer, described on several websites as a slaughtered hare and included in several “world’s ugliest public art” lists.

It’s said that the statue makes a strong point, highlighting the dire results of tampering with Mother Nature. Der Hase is a metaphorical protest over animal cruelty and a commentary on the environment. (And, if you ask me, an efficient one, as it can’t possibly go unnoticed.)

If you take a closer look, you’ll notice some human toes sticking out from under the rabbit’s right side. Now, we can imagine countless stories and explanations – it may even suggest that a person is lying underneath it, while the hare fights back.

In front of it, there’s another tiny rabbit statue (a cute one this time) with a plaque that identifies the piece’s and artist’s names.

You can check another weird thing you’ve seen in an apparently fairytale-like town off your list. 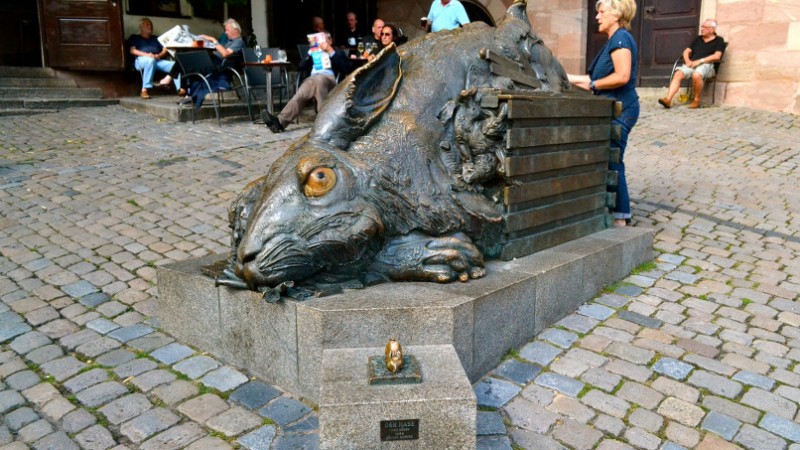