Most people go on vacation to see popular beach resorts, well known shopping districts or family-friendly attractions, but for some travelers, a tourist attraction with a dark and sinister past is more alluring. These attractions often represent a particularly dark time in human history, and some argue that they should be visited for that very reason, so past events can be remembered and learned from.

The following are 7 tourist spots with dark pasts: 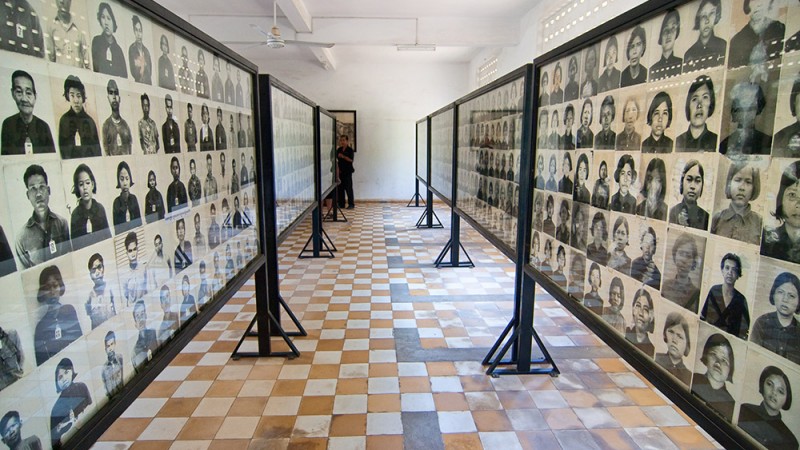 Meaning “Hill of the Poisonous Trees” in Khmer, Tuol Sleng was a former high school (under a different name) that was notoriously used as Security Prison 21 by the Khmer Rouge from 1975 to 1979. An estimated 17,000 to 20,000 prisoners were held, tortured and executed within the former classrooms and grounds of Tuol Sleng.

The current museum looks much as it did when it was liberated in 1979. Some of the torture rooms were left as they were found, with little more than a rusty iron bed against one wall. Second floor rooms now house the pictures and names of many of the prisoners who lost their lives at Tuol Sleng.