Emily Warren Roebling was born in 1843 and is famous for her contributions to the construction of the Brooklyn Bridge in New York City. Her knowledge of architecture and engineering were integral to the construction of the bridge. Initially, she was not involved in the formal construction process, but after her husband, who was the chief engineer, fell ill, she took it upon herself to communicate directives between him and his staff. After a while, she had enough knowledge to take over most of his duties and advocated for him to remain the chief engineer in name while she executed most of the work. There is a small plaque dedicated to her contribution that can be found on one of the struts of the bridge, just south of Water Street in Brooklyn.

Emily Warren Roebling was not an engineer. But when her husband fell ill, she oversaw the construction and completion of the Brooklyn Bridge. https://t.co/XlYu3GaRqY

The Kate Mullany House was formerly the home of labor leader Kate Mullany and was added to the list of National Historic Sites in 2001, thanks primarily to the efforts of Senator Hillary Clinton. Kate Mullany was born in 1845 and immigrated to the United States from Ireland when she was young. She got a job at the all-female Collar Laundry, and after a successful strike in 1864 to increase their wages, Mullany managed to form and sustain the only all-female labor union later that year — she was only 23-years-old at the time! She was later elected the second vice-president of the National Labor Union. Her home, which is a small apartment within a larger building, is in the midst of being updated in order to receive visitors.

One of the most moving and iconic sites in the history of women’s rights in this country is the unassuming corner where Rosa Parks was arrested in 1955, simply for refusing to give up her seat to a bus passenger who was white. If you’re interested in experiencing the city where Parks was just one of many people discriminated against because of the color of their skin, head to the corner of Moulton and Montgomery Streets in Montgomery, Alabama. From there, it’s a short walk to the Rosa Parks Museum, where you can learn about her early life, and the legacy that she inspired in the modern Civil Rights movement. 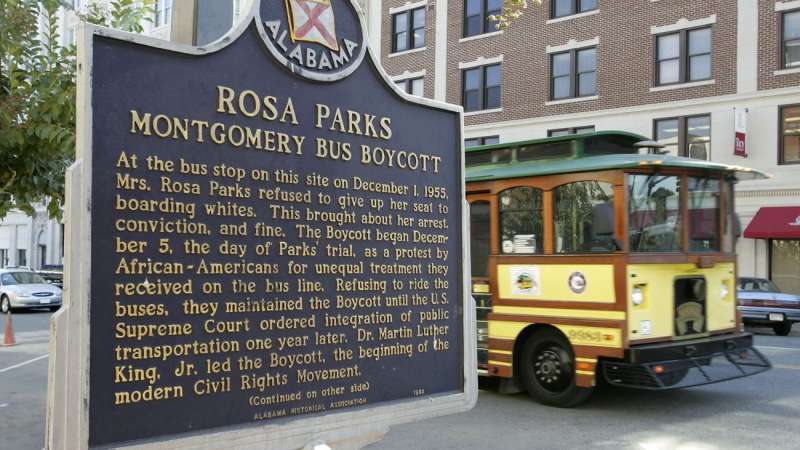