With the pace of life quickening every day, sometimes we need a glimpse of the past to give us perspective. History can have a new, more personal meaning if we’re able to physically inhabit the same space as our ancestors – plus we gain an understanding of what their lives would have been like.

There are plenty of interesting castles you can visit that are maintained with government money and private donations, but what about the castles that weren’t deemed important enough to save? These castles, which have all been abandoned at some point in time, are a fascinating glance at history that you can access with a bit of ingenuity – and a willingness to get a little dirty.

Château de Noisy in Belgium, which was built in the latter half of the 19th century, was the second home of the noble Liedekerke-De Beaufort family, who commissioned it after fighting during the French Revolution brought about the destruction of their old home.

A few decades later, the family was still living there when the castle was occupied by German soldiers, who forced them out. After the war years, the castle was sold to the National Railway Company of Belgium, who used it was an orphanage and camp for children until the late 1970s. It has been completely abandoned since 1991. 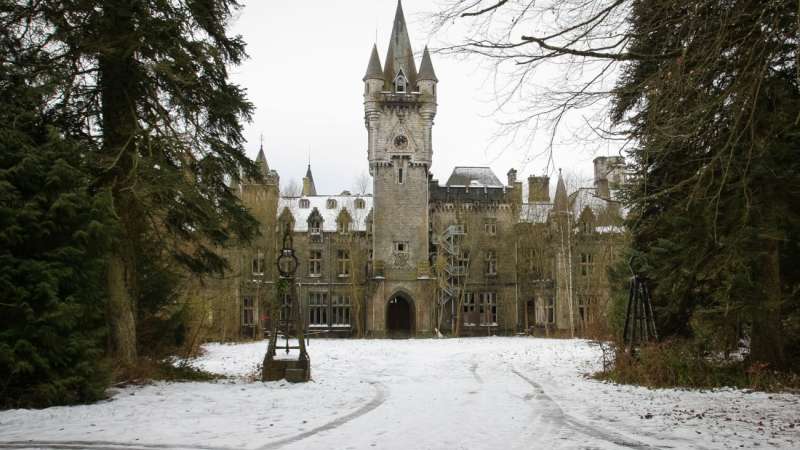 This gorgeous Scottish castle sits on a rocky outcrop overlooking the North Sea. It was the seat of the Keith family, until their part in the Jacobite Rebellion of 1715 prompted the British government to seize the castle as part of their forfeiture of the Keith’s earldom.

The castle itself was built in the 15th century, but there has been historical evidence of human activity on this site dating back to 681 AD. The last repairs were attempted in 1925, and it’s now open to the public as a historical monument. 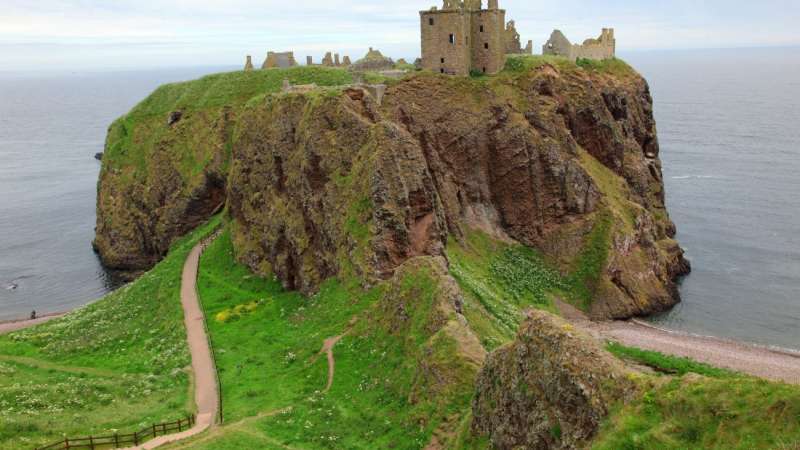 Gwyrch Castle, one of many hard-to-pronounce Welsh castles, is located near Abergele, overlooking the Irish Sea on the north coast of Wales. The earliest castle recorded on this site was built in the 12th century – but anything left on that site was destroyed in the mid-17th century during the English Civil War.

The current building was built in 1819 in an elaborate Gothic style. The castle is massive. It contains 28 bedrooms, 19 towers, and a gigantic marble staircase. It was abandoned right after WWII.