One of the most important aspects of being away from home is exposing yourself to things that are new and exciting. It gives you a chance to reset, and to have new experiences that will inevitably inform and influence your life at home. One of the easiest ways to do this is through food.

When you take a holiday in Sweden, you’re quickly exposed to their husmanskost — the Swedish word for “country-style” or home cooking. These dishes are traditional, but chefs have recently been able to prepare them in new and fresh ways that appeal to the next generation. Check out a few of Sweden’s most interesting and delicious dishes below.

Everyone who has been to an IKEA in North America will already know about Swedish meatballs. They’re a mixture of beef and pork, and while the gravy isn’t obligatory, the lingonberry jam on the side definitely is! Meatballs can be made into a meal with the addition of gravy and potatoes on the side, or they can be served as part of a smorgasbord buffet on their own. While in Sweden, make sure to visit popular Stockholm restaurant Meatballs for the People for a modern take on the classic meatball plate — you can choose from meatballs made of ox, reindeer, or even moose. 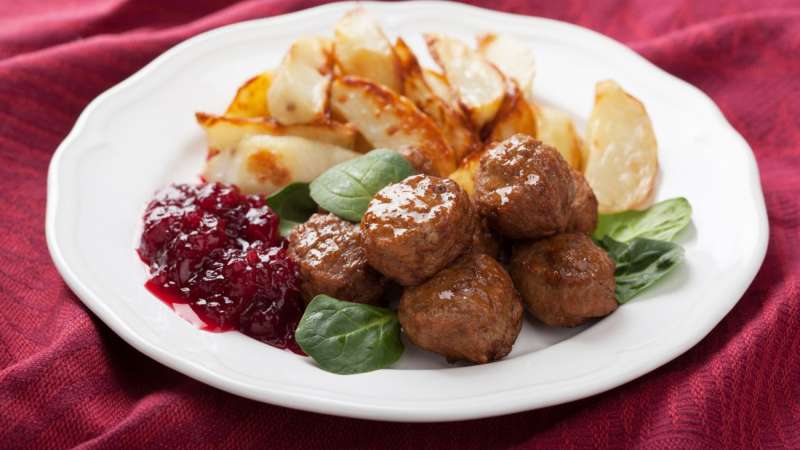 The indigenous Sami people who inhabit the most northerly parts of Sweden have traditionally been reindeer herders, using the animal as their primary source of both warmth and food. Reindeer meat is similar to venison, but in Sweden they are treated more like cattle than a wild animal. Reindeer can be prepared in many ways, but in Sami culture the most traditional way is to slow-cook it overnight, usually by burying it under a fire pit, then soaking it in a hot marinade before slicing it thinly and allowing it to cool before eating. 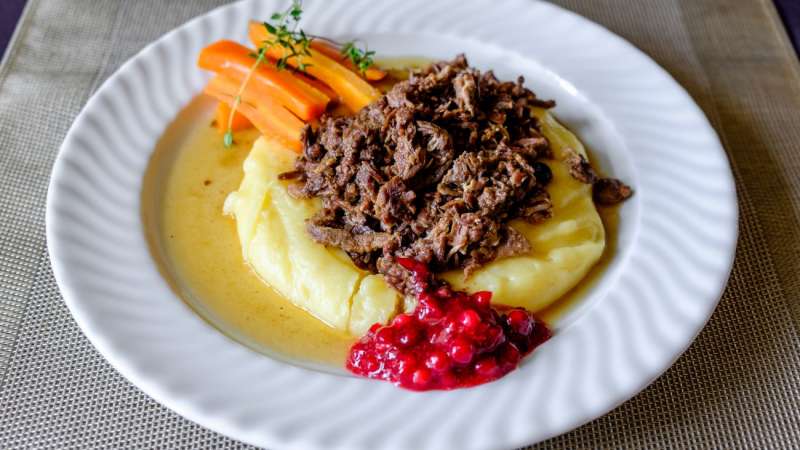 Pickled herring is very traditional Swedish food that people often turn their nose up at because of the pungent smell, but any tourist to Sweden should really give it a chance. Herring is usually served with boiled potatoes, sour cream, and often accompanied by boiled eggs or sharp cheese. On Swedish menus, you’ll often see the abbreviation S.O.S, which stands for smör (cheese), ost (butter), sill (herring). This simple dish is served with crispbread on the side so diners can build their own herring sandwiches. 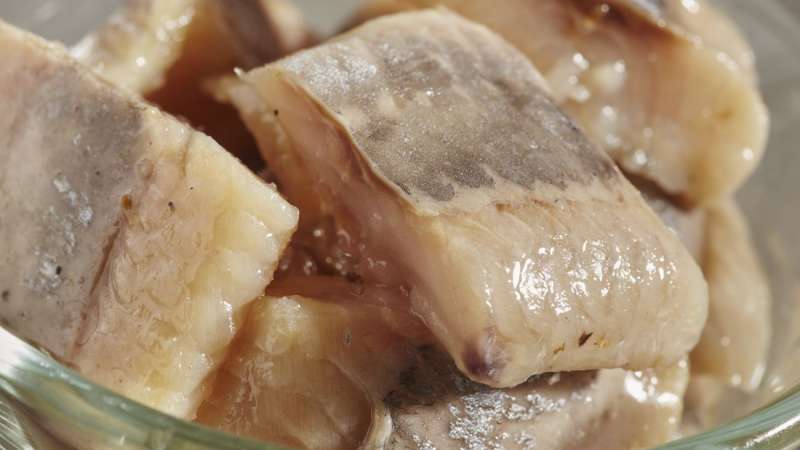