There are many reasons to visit Thailand as the bustling cities, amazing night life, and beaches that are simply to die for. Unfortunately, many people overlook the food scene when planning their visit to Thailand. They’re too busy drinking and enjoying parties to think much about what food they’re putting in their mouths. But to ignore the rich local Thai cuisine in favor of tourist traps is to do yourself a huge disservice. Authentic Thai food blends the flavors of sweet, sour, spicy, and richness into one amazing package. Here are a few dishes that should not be missed.

A great breakfast in Thailand are these Pa tong ko, deep-fried crullers that are shaped like chromosomes. The best ones are fried to order, and usually available in carts or farmers markets rather than in restaurants. A few crullers are usually enough for breakfast, accompanied by either hot or cold soy milk, or delicious pandan and a coconut custard called sankayaa. To pick a good spot for Pa tong ko, just note the line — any good stall will have a lineup of loyal customers around rush hour. 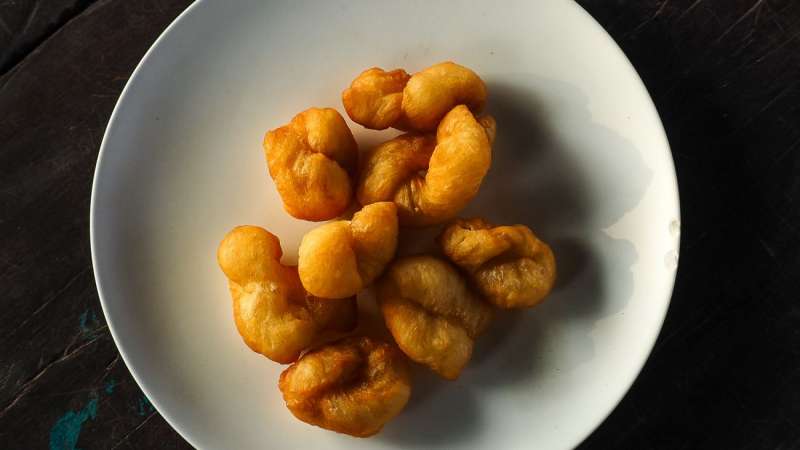 Many people are familiar with som tam from ordering this dish at North American Thai restaurants, where it’s often called green papaya salad. What a lot of people don’t know is that som tam actually encompasses more than just salad with green papayas. Som tam is any salad of fresh ingredients where the dressing is made in a mortar, then the other ingredients are added into the mortar and pounded aggressively until they’re mixed. Som tam is native to northern Thailand, and it’s meant to make use of seasonal ingredients. Green papaya som tam is delicious, but there are other versions made with pomelo, santol, corn, or beans that are also tasty. 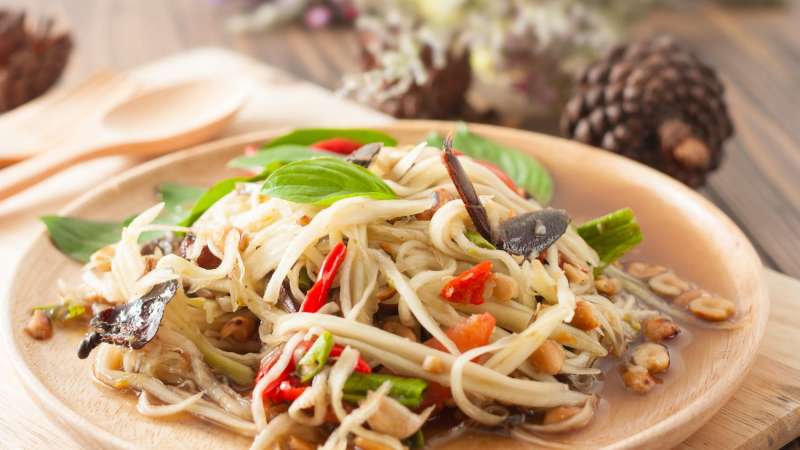 This dish is also from northern Thailand, but originated in Laos, where it is considered one of the official dishes of Lao cuisine. It migrated to Thailand in the kitchens of Lao immigrants, who primarily settled in northern Thailand. Larb is a dish made of meat that can either be served raw or cooked. In Thailand, the primary method of spicing the meat is with dry spices like cumin or star anise. Tourists who are just visiting Thailand for a short time should be wary of eating raw meat, but anything labeled “larb suk” is the cooked version and should be fine for anyone to consume. 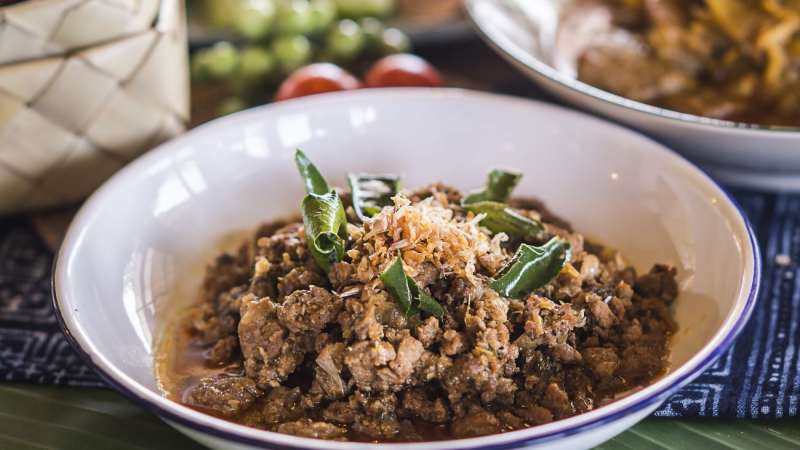