Read This Guide Before Your Next Hawaii Vacation

Millions of people travel to Hawaii each year. They’re drawn to the islands by the warm weather, the stunning natural beauty, and the prospect of outdoor adventure. They’re also enchanted by the culture, including the music, dance, and food.

There are many locations and activities you can choose from on your Hawaiian vacation. To plan your trip, it’s important to first develop a general idea of what to expect when visiting the islands.

Hawaii’s principal airport, Daniel K. Inouye International Airport, is located in Honolulu, which is on the island of Oahu. Visiting the other islands usually involves an initial flight to Honolulu followed by inter-island flights. However, depending on where you live in the U.S., you may be able to enjoy a nonstop flight to airports on the other islands.

As for getting around on each island, many visitors rent a car. With a car, you can travel with greater flexibility and visit remote locations more easily.

The public bus system serving Honolulu and Oahu is popular and reliable. Public bus service is also available in the more populated areas of the Big Island, Maui, and Kauai. The main advantage of public buses is their affordability. The potential disadvantages are the limitations in service hours and number of stops.

In cities and larger towns, you’ll also typically have a choice of taxis, shuttles, and trolleys, especially if you’re in an area with a higher concentration of tourists.

In Hawaii, English is one of the official state languages. The other is Hawaiian, which is a Polynesian language. However, few people speak Hawaiian fluently. You’re more likely to overhear residents using Hawaiian Pidgin English, a creole language.

Other languages spoken on the islands include Japanese and certain Filipino languages, particularly Tagalog and Ilocano.

Located on Oahu, Honolulu is the state’s capital. It’s also Hawaii’s largest city by far and home to hundreds of thousands of people. Waikiki, a beachfront neighborhood, is the main tourist area. Along with the beaches and shopping venues, tourists frequently visit Pearl Harbor and Diamond Head, an inactive volcano with spectacular views.

Hilo serves as the county seat of the Big Island and is located on its eastern coast. The attractions in and around Hilo include Akaka Falls State Park, Rainbow Falls, the Hawaii Tropical Botanical Garden, and the Japanese landscapes at Liliuokalani Park and Gardens. Hilo is also famous for the cultivation of orchids.

Kahului is home to Maui’s airport and main harbor. It also contains major malls and shopping centers. Although tourists visiting Maui don’t tend to stay overnight in Kahului, they do use it as a transportation hub. Its central location makes it easier for travelers to reach major attractions on the island.

Hawaii is full of awe-inspiring beauty and remarkable points of interest. The following are a few of the highlights:

Property crime is a concern for visitors and residents. Precautions include using a hotel safe, keeping belongings in sight, and avoiding secluded parking areas for your rental car.

When it comes to physical health and safety, visitors should be especially aware of the following risks:

The weather in Hawaii is reliably warm throughout the year. Average temperatures are generally in the 70s or 80s. Rain showers are typically brief, and heavier rainfall tends to be limited to certain areas, such as the windward side of a mountain slope.

Hawaii has a variety of smaller environments with localized weather patterns. Are you spending the day relaxing on a beach, hiking through a tropical rainforest, or heading up a mountain? Average temperatures and rainfall differ from one location to another.

Along with lychee, mango, pineapple, and other luscious fruits, there are various dishes and drinks that are characteristic of the islands, including:

Festivals involving art, music, food, dance, history, and athletics take place throughout the year in Hawaii. Among them are the following:

Set in Hilo, the Merrie Monarch Festival starts on Easter Sunday and continues for a week. It honors King Kalakaua, a Hawaiian monarch from the 1800s who promoted culture and education. The events include a major hula competition, a parade, and an arts fair.

Throughout September, various festive days are set aside to celebrate Hawaiian culture. The primary activities in Honolulu include a gigantic block party with food and live music, an opening ceremony with performers in royal costumes, and a parade featuring floats full of Hawaiian flowers.

From late April to early June, Hawaii hosts a musical celebration made up of numerous concerts and other live performances. The venues include beaches, theaters, and hotels.

Roughly 1.4 million people live in Hawaii, and most of them are on Oahu. Native Hawaiians and people from other islands in the Pacific Ocean, such as Guam and Samoa, live alongside immigrants from the Philippines, Japan, and other Asian countries. Residents also include people of Portuguese descent and Americans who have moved to the islands from other states.

This blend of people has given rise to a rich culture. Luaus, beautiful leis, hula, and slack-key guitar music are cultural mainstays. International cuisine flourishes alongside traditional local food. Festivals and historical sites preserve the stories and legends of the islands. Many of the residents view their culture with pride.

What Will You Do on Your Hawaiian Vacation?

This overview only begins to show you the possibilities for a Hawaiian vacation. The islands appeal to people of any background or age group. You’re bound to discover places you love and enjoy a breadth of activities. 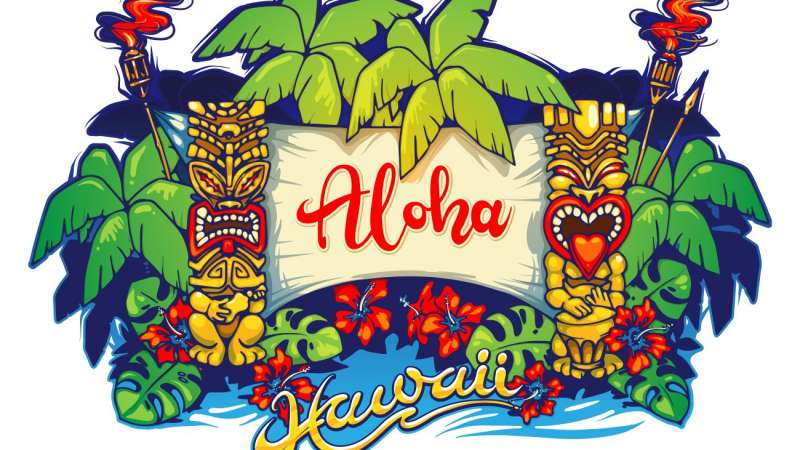