On a rare clear day in early spring, some friends and I left Galway bound for Inishmore, one of the Aran Islands in Ireland. Several tour companies run day trips from the city, and it was very easy to set up. We traveled by bus into the countryside, and then caught a ferry across the Atlantic to the island. We had calm waters, and some of us took advantage of the rooftop seating to take in the sights and sun.

We arrived eager for adventure. And we were not disappointed! 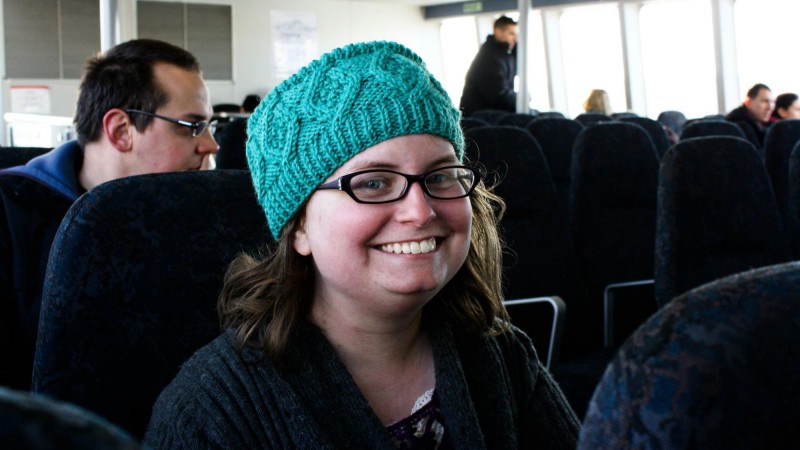 How can you make the most of your own visit? Read on below!

While there is a little shuttle that will carry you to the main sights, the best way to experience the island on a day trip is with a bike. There are several rental options right when you land. When we went, it cost €10 a day for a regular bike and €20 for an electric bike.

“Electric?” you ask. “What is this sorcery?”

See, I had two reasons to be worried when my friends told me we’d be biking: First, every time I’ve ever almost blacked out has involved a bike (I relate to the Calvin and Hobbes bike strips on a spiritual level); second, I am not the fittest filly in the stable and I knew I wouldn’t be able to keep pace with my athletic friends. 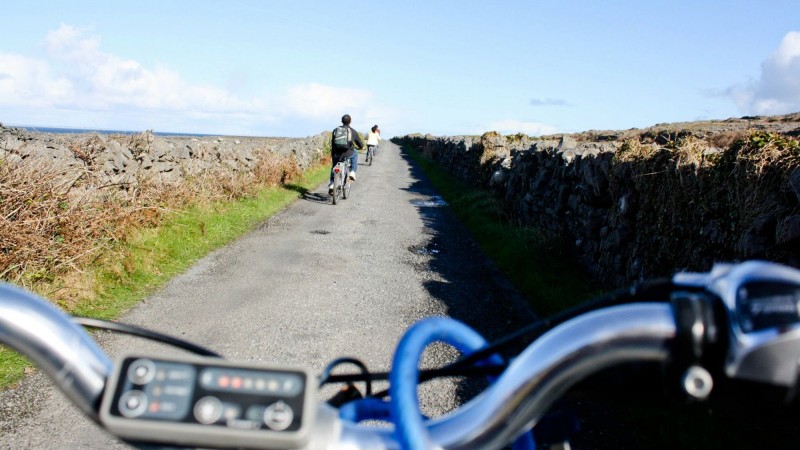 So when I saw that they had electric bikes, I forked €20 to see what the fuss was about. It was the best purchase in my life.

The bike takes your normal pedaling and uses it (plus a battery pack) to give you a boost of speed. You can adjust how much help you want (the higher you go, the faster it burns through the battery). It was a godsend when we came to the (many) steep hills on our journey. My friends would have to disembark on their normal bikes and walk, but I would just speed past them, laughing all the way.

(Okay, I’m not a jerk—I tried to walk the first hill with them and was all but crawling by the time I reached the top, so they told me not to worry about it on future hills.) 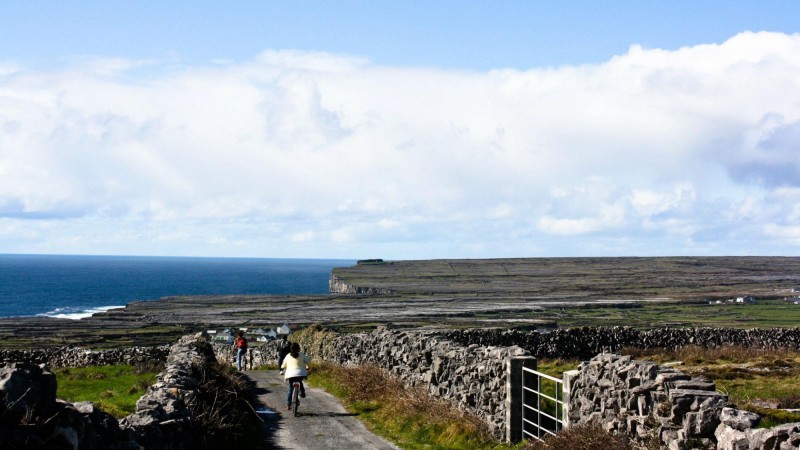 With the bikes, you can off-road it down the gravel roads between fields. This is where the magic really happens—where you can stop and listen to complete silence, and stumble upon old ruins far from the main track.

Inishmore is home to Dún Aengus, a large prehistoric fort parked on the edge of a magnificent cliff. It’s a steep climb to the top, but well worth the hike. You can explore the remains of the fort, look out at the view across the water, and even test your daring by looking over the edge of the cliff itself.

In America, this place would be barricaded with safety rails and probably guarded by security officers. But here, everything’s wide open. It’s thrilling to lying on your stomach and glance down at the waves on the rocks far, far below. 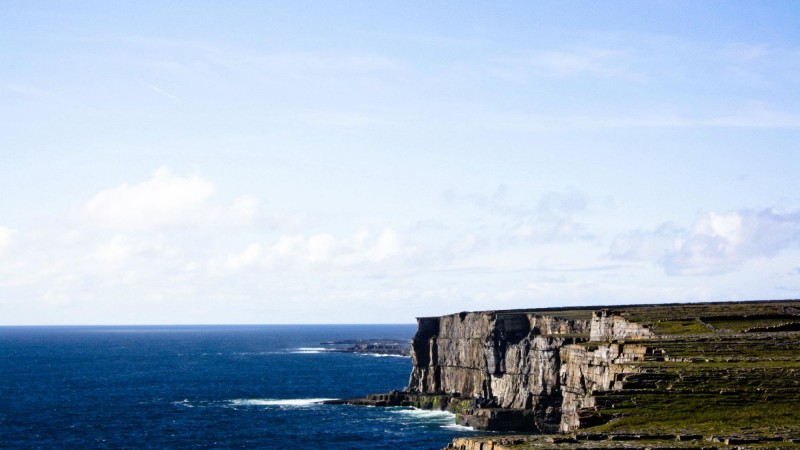 Because the cliff is formed of solid stone at the edge, it’s (relatively) safe to get near the edge. Or, at least, you won’t be standing on crumbling mud! But maybe think twice before you show your mom the pictures. Don’t be afraid to enjoy the freedom Ireland gives you, but do please use caution!

In addition to the prehistoric fort, there are ruins scattered across the island. We happened upon one lighthouse that still had a tower intact. Needless to say, we ran around exploring like a bunch of kids!

As I mentioned above, a lot of the best stuff is situated off the main roads, and half the adventure is discovering the hidden bits for yourself. You never know what lies beyond the next turn of the road, or the next hill’s crest. Nothing is roped off, so you will have free exploration access to everything you find. 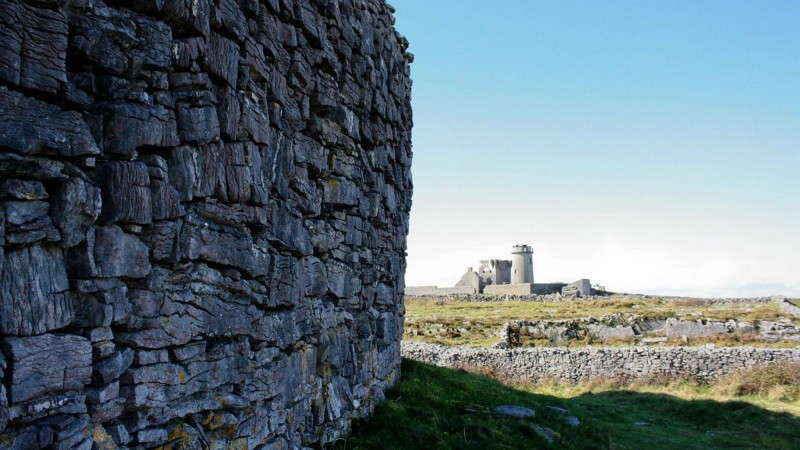 If you want another, more secluded prehistoric fort, check out Dún Dúchathair. Located on the less touristy western part of the island, it can be a bit far for a day trip (we ran out of time), but I hear it’s worth the trek.