Sitting in a Tree: The Best Treehouse Hotels

The meteoric rise of the new, upscale treehouse hotel is easy to understand because it appeals to everyone — those who live to be outdoors, and those whose idea of “sleeping rough” is leaving the window open. Wherever you are in the world, there’s a new treehouse hotel for you.

Here are a few of the world’s coolest new treehouse hotels.

Located in a forest in Harads, Sweden, the Treehotel is a collection of treehouses available for rent, each with their own unique design. Undoubtedly, the most famous is the Mirrorcube, a large mirrored structure that’s almost completely invisible when viewed from a distance. Another well-known Treehotel room is the UFO treeroom, which looks like a giant flying saucer balanced among the trees.

The creation of the Treehotel was inspired by a 2008 Swedish movie called The Tree Lover, in which three men build a treehouse together in order to connect to their childhoods. Prices for individual suites vary, but generally go for around $650+ per night. 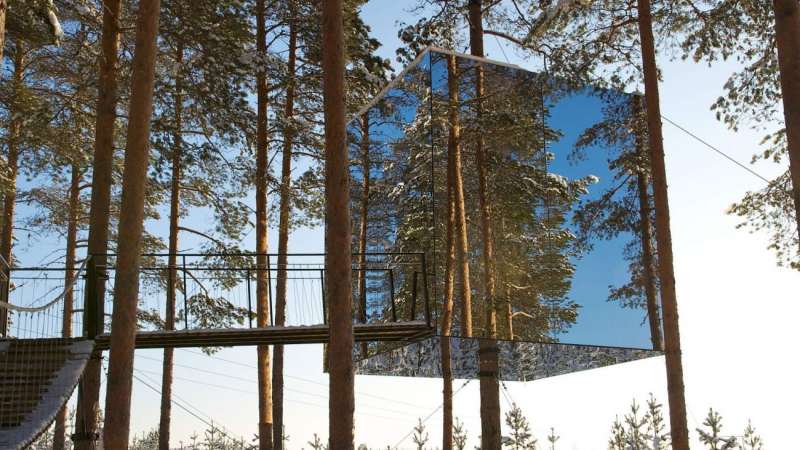 This complex, known as the Free Spirit Spheres, is even more unique than a traditional treehouse hotel. The hotel is made up of three large spheres, which are available for rent on a nightly basis. Each sphere contains a bed, small kitchenette, and is heated, but none contain bathrooms — the bathhouse is a short walk away.

The hotel is located amidst a large grove of cedar and fir trees on Vancouver Island, just off the coast of British Columbia, Canada. Prices are very reasonable, ranging from $140 to $250 per night. 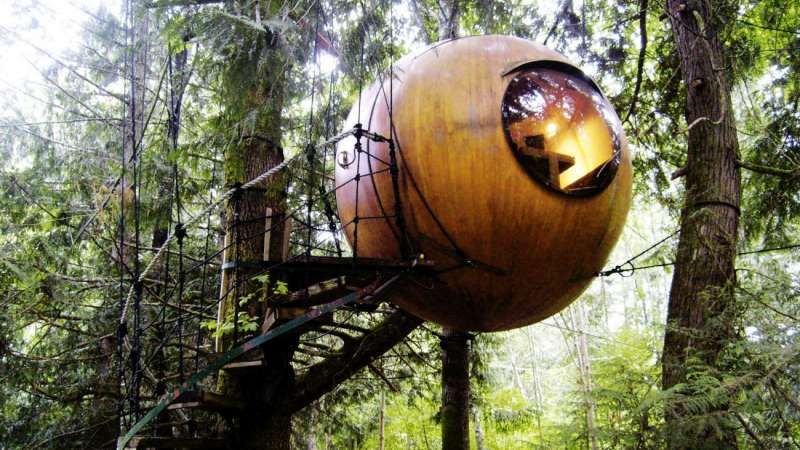 It seems unbelievable that a serene treehouse oasis could exist right outside hustling, bustling Bangkok. The Bangkok Tree House has to be seen to be believed.

If you want to visit the Tree House, you have to take a ferry across the Chao Phraya river to Phra Pradaeng, which is still mostly swampland and plantations. Once you get there, you’ll find a tiny, 12-room hotel made mostly of wood and bamboo. Most of the rooms have their own private sundecks, where you can watch the traffic on the river below. Rooms start at $95 per night. 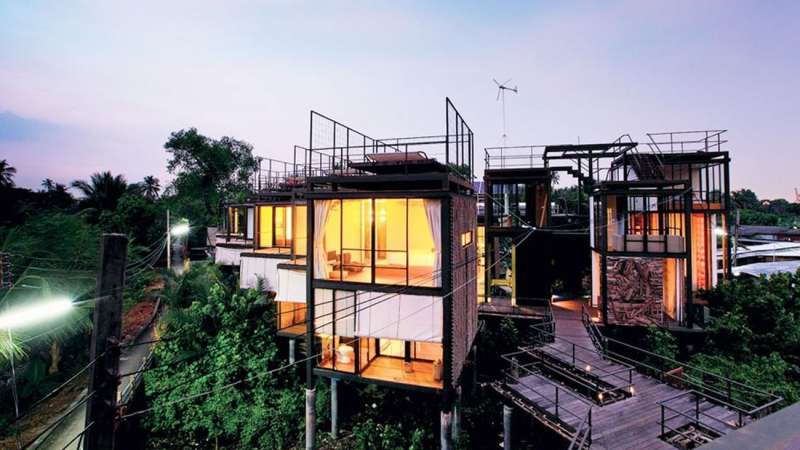