Who hasn’t fantasized about living the royal life? Give yourself the royal treatment with a stay at our selection of top-rated castle hotels. These aren’t your typical hotels, though; expect to be surrounded by rich history, sumptuous amenities, and beautiful countrysides. And it’s not just about the buildings, these hotels receive rave reviews and offer services fit for kings and queens.

One of the oldest castles on this list, Leeds Castle sits on land that has been continuously occupied since 879, though the castle itself was built in the 1100s. In its almost 1,000-year history, Leeds Castle has been owned and visited by numerous royal figures, beginning when Queen Eleanor of Castile bought the property in 1278. Queen Anne of Bohemia, King Henry V, Queen Catherine de Valois, and King Henry VIII each owned the property in the 13th to 16th centuries.

In more recent years, Lady Baillie transformed the castle into a country house where she entertained various famous figures of the 1930s. Today, the castle offers a variety of dining options and accommodations, from individual cottages to glamping to a traditional bed and breakfast. Not interested in spending the night? Day tickets are available from £25; rooms from £90. 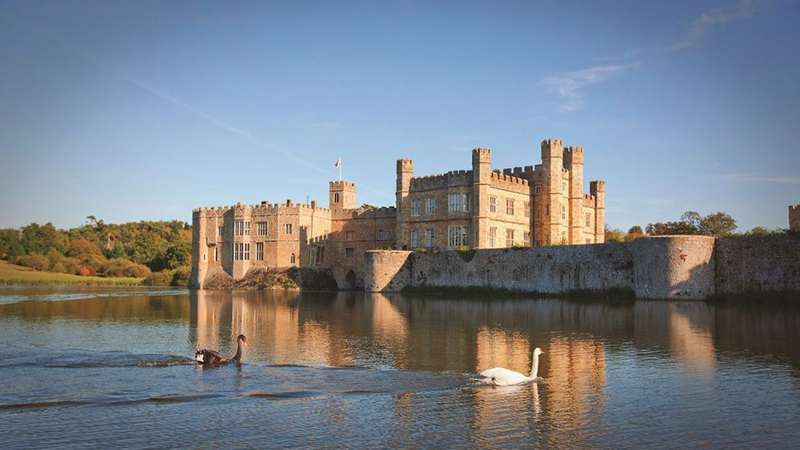 Under two hours outside Manchester, Augill Castle offers the perfect combination of rich history and family-friendly comfort. The castle is now privately owned (Simon and Wendy Bennett live on-site with their kids), and offers the option of booking single rooms. For larger gatherings, you can rent the entire place for up to 30 guests.

The castle was built in 1841, and accommodated a variety of notable guests, including Queen Victoria in the Pendragon room, reportedly. Each room is individually furnished with four-poster beds and Victorian-era claw-foot bathtubs.

The Stable House suite would be perfect for families. For couples looking for a romantic retreat, check out the Gatehouse room – our personal favorite. Rooms start from $267, and you can book them on Airbnb. 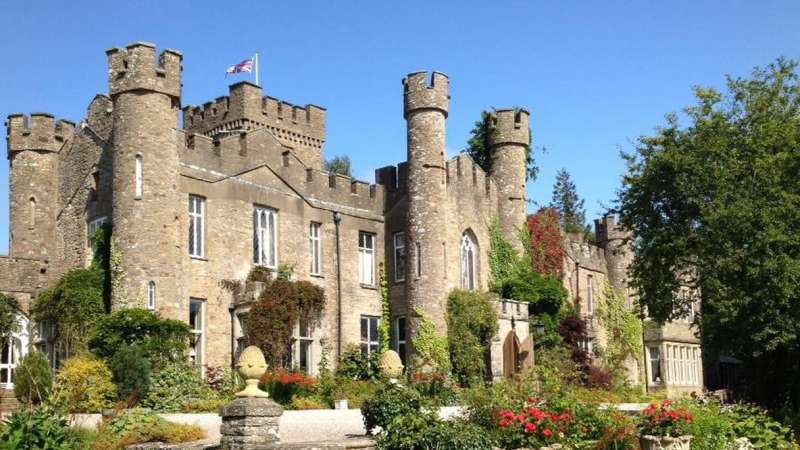 Another castle with over 1,000 years of history, Castello di Petroia was built in the 9th century, and in 1396 was acquired by Count Galasso da Montefeltro. Under ownership of the Duke of Urbino in the 1400s, one of the more scandalous parts of the castle’s history occurred; a lady companion of the Duchess of Urbino, Elisabetta, became pregnant, and it turned out her son was fathered by the Duke of Urbino. Her son, Federico da Montefeltro, grew up in the castle, and would later become an influential military and intellectual figure in the Italian Renaissance.

The current owner purchased the property in 1925 and converted it into a hotel in 1996. The castle’s 13 rooms retain many original architectural elements, and the grounds offer activities like horseback riding, bocce, and even truffle hunting.

Rooms start at $135, and you can book online on Expedia. 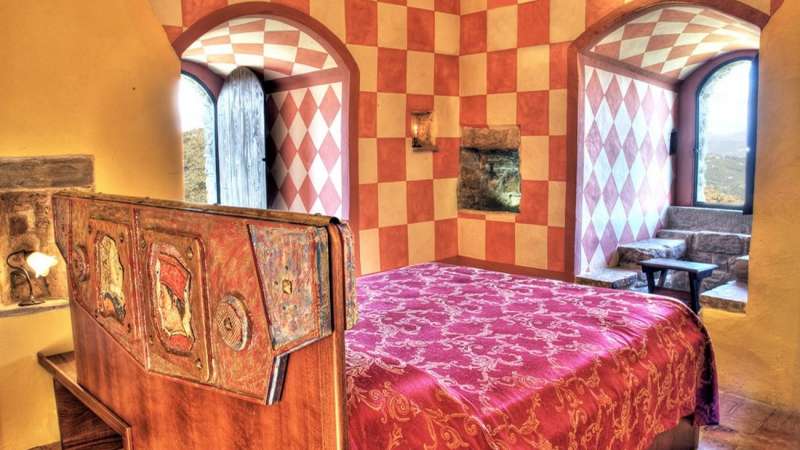