This traditional medieval castle has an unknown origin, but was first mentioned in official records in 1318, when it was purchased by Duke Frederick IV of Nuremburg. Colmberg Castle sits on a hilltop with fantastic views, which was likely one reason why the Hohenzollern family retained ownership for over 500 years. Most recently, the property was converted into a hotel in 1964 by the Unbehauen family.

All rooms include breakfast and some are furnished with historic four-poster beds. Each room has a theme, like the Chinese Four-Poster Bedroom with ancient wood carvings. If you visit in the winter, the Kaminzimmer (fireplace room) is the perfect place to relax by the fire with a glass of local German wine. Rooms start from $117. 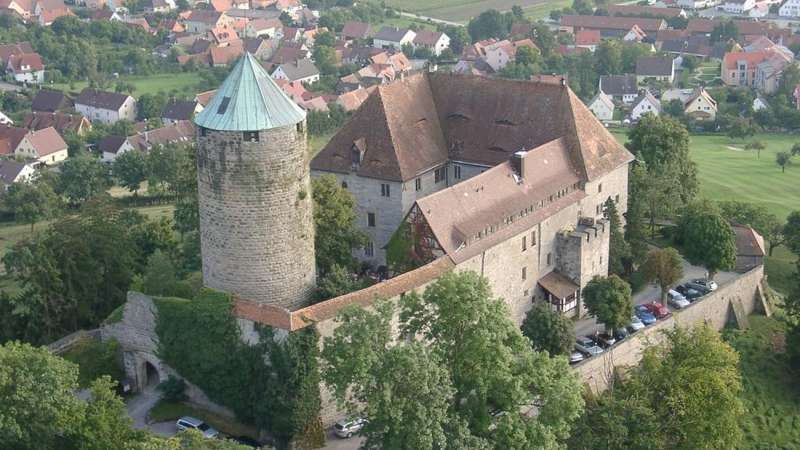 The Monchstein grew from humble beginnings, built sometime before 1350 and described as a small stone tower with a house, stable, chapel, and barn on the grounds. However, by the 1800s, the castle underwent several expansions and became no stranger to royalty. Catherine the Great, the Princess of Liechtenstein, and famous poet Alexander von Humboldt all noted fond memories of the castle.

The Monchstein was converted into a hotel in 1948 and has won numerous awards for its warm hospitality since then. A popular wedding venue, Hotel Schloss Monchstein has a stellar 5-star guest review score on TripAdvisor, and guests say it is a true “fairytale castle” and “a wonderful place.” Breakfast is included daily and guests can relax in the spa or outdoor pool. Rooms start at $400. 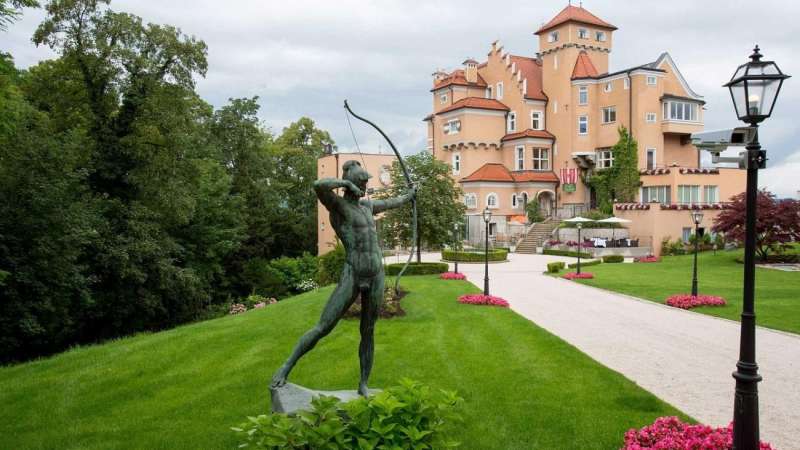 Step back in time at the Kilmartin Castle, which recently opened to the public for the first time after being privately owned for 467 years. The castle was built in 1550 for the Rector of Kilmartin, but was passed on about a century later to the powerful Campbell Clan, then purchased and restored by a private owner many years later.

Guests especially enjoy the stone walls, fireplaces, and “rustic charm”, along with modern touches like sumptuous cotton linens. This castle accommodates only one party of up to six people, allowing for plenty of privacy and relaxation. From $220, you can book a four-night minimum stay on Airbnb. 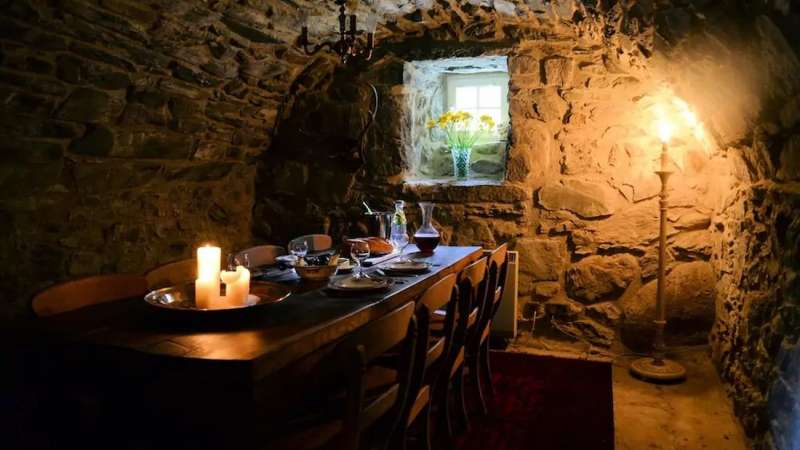