Located in the Tokaj-Hegyalja wine region, this converted mansion is perfect for the wine-lover looking for a relaxing getaway. The mansion previously held a sommelier school, and when the region’s tourism grew, the Degenfeld family, who had owned the property for many years, converted the building into a hotel. The family is very involved in the hotel’s operations and continues to promote tourism in the area.

While the hotel’s rooms may not offer the most astounding luxury, there is a pool, tennis court, and bicycle rental on-site, and the staff’s attentiveness and service goes above and beyond. The property’s dining options will please any discerning foodie, and you will definitely depart with a higher level of wine knowledge. Rooms start from $115. 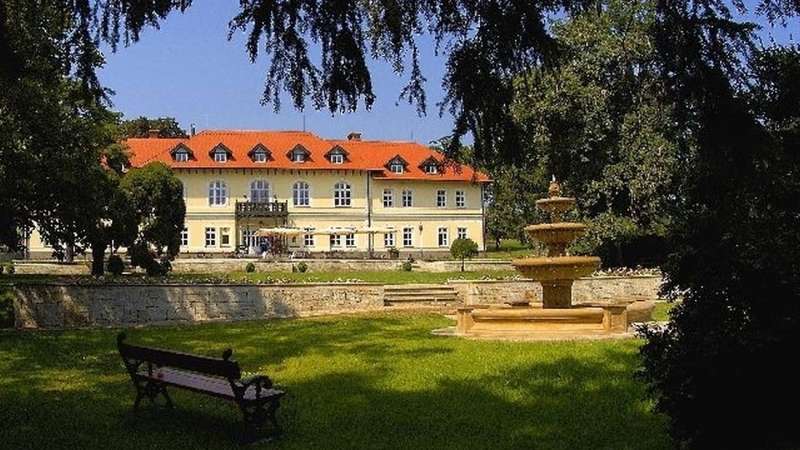 Although Spain may not be the first place you think of when discussing ancient castles, the walls of Parador de Siguenza date back nearly 2,000 years. The Visigoths and Moors both inhabited the area and set up camp around the castle between the 5th and 8th centuries, and it was acquired much later by the French as a prize in the War of Spanish Independence of 1808. The building quickly became vandalized and abandoned at the end of the 19th century.

Efforts to revitalize the castle began in the 1960s, and today it welcomes guests with comfortable accommodations, a well-reviewed restaurant, and history galore. Rooms start from $112. 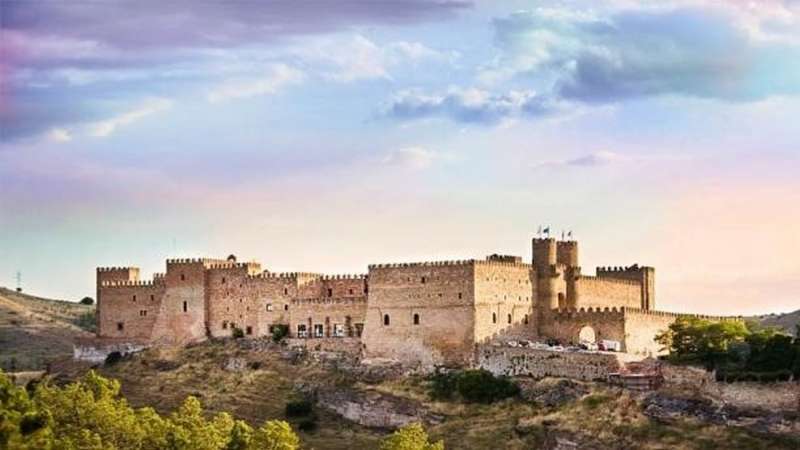 Indulge your most dreamy royal fantasy at Château de Bagnols, which not only has luxurious rooms and a stone facade, but a real moat and drawbridge. This year, the property celebrates its 800th birthday, having been built for aristocrat Guichard d’Oingt in 1217. Throughout the next few centuries, various Lords and Ladies owned the property, until it finally fell into disrepair in the 1970s.

Paul and Lady Hamlyn acquired the property in 1987 and restored it to its current glory, with the hotel receiving its 5-star rating from Atout France in 2013. Today, the hotel’s highly-acclaimed dining options (such as Michelin-starred 1217) and restorative spa make it a great choice for a day trip or overnight stay in the Beaujolais wine region. Rooms start from $247, and you can book through Mr. and Mrs. Smith for a complimentary bottle of wine and a souvenir book. 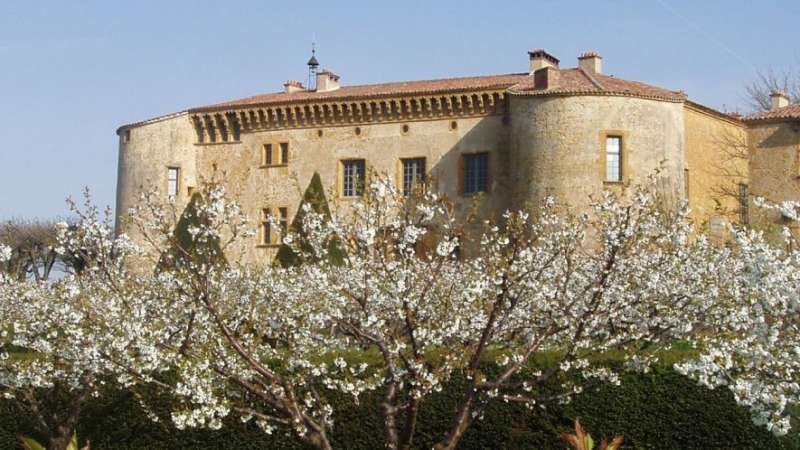