Although the holiday of St. Patrick’s Day originally began its life as a Christian feast day, it has almost entirely transformed into a secular holiday celebrating the best booze that bars have to offer. People travel from far and wide to cities around the world that are specifically known for their St. Patrick’s Day festivities. Revelers go in search of craic, a word derived from Middle English that’s come to mean a quintessentially Irish form of fun.

There are several cities around Ireland that host incredible parties, but the fun doesn’t stop there. As Irish immigrants moved around the world, they brought their traditions with them. As such, here are some of the best places to celebrate St. Patrick’s Day around the world.

In Dublin, the St. Patrick’s Day festivities usually last an entire long weekend. In 2019, they’re scheduled to start on March 15 and run through the actual holiday on the 17 to the morning of the 18.

During this festival, many of the buildings around the city are lit up in green lights, and buskers and performers take to the streets to entertain the hordes of people walking by. There are boat races on the River Liffey, an official treasure hunt organized by the festival, and Irish dancing at the Festival Céilí. The Temple Bar district is by far the most popular place to drink. Plus, it’s only a short walk away from the Guinness Storehouse.

With all these festivities, Dublin tends to get extremely busy, so go with a small group of friends to avoid getting separated. 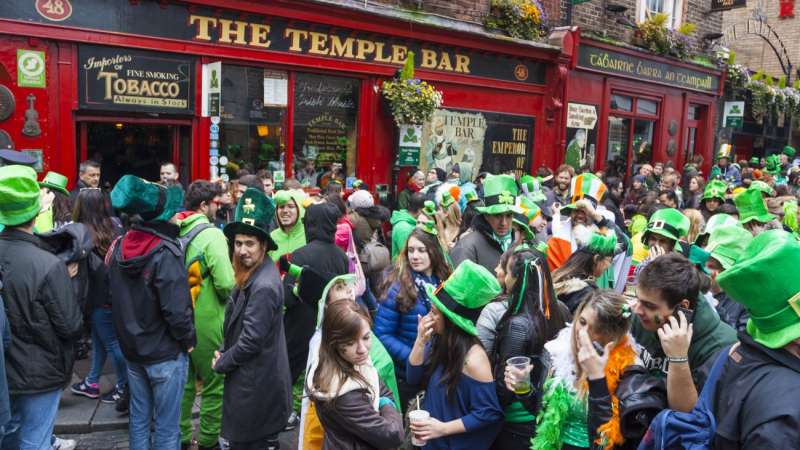 The oldest and largest St. Patrick’s Day parade in the United States takes place every year in New York City. The parade is actually older than the Declaration of Independence and has attracted upwards of 150,000 participants in recent years. The parade winds its way up Fifth Avenue from 44th Street to 79th Street, and more than two million people pack the sidewalks to watch it go by. All of the bars along Fifth Avenue and the adjoining streets along the route are packed with people, watching the parade broadcast live on NBC. There are plenty of Irish pubs in Midtown and Hell’s Kitchen that happily cater to crowds who tuck into corned beef, colcannon, and sausages washed down with pints of green beer. 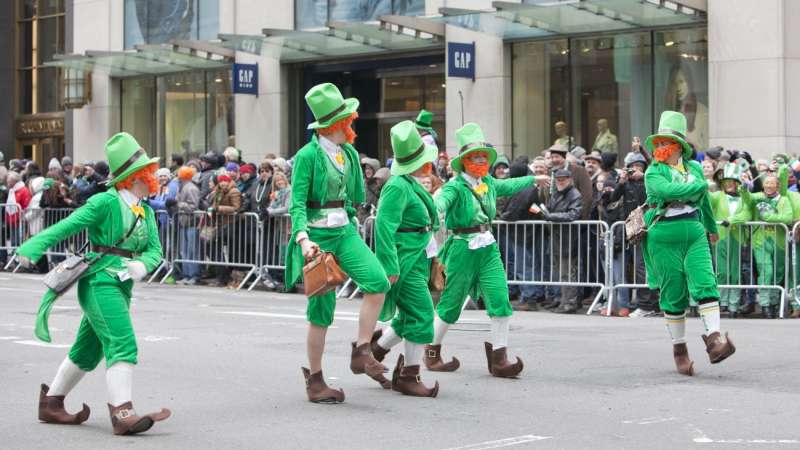