When we travel, we often find ourselves reliant on the kindness of strangers to help us when we’re lost and confused. There are so many ways to layout a city, so it’s easy to get turned around if you’re unfamiliar with the language.

If you’re looking for a destination that’s been noted for its particular kindness towards expats and travelers, look no further. We’re here today to talk about which countries in the world are the friendliest to strangers. Based on a survey from InterNations, an expat and tourism resource, these destinations have been selected as some of the friendliest countries in the world.

When surveyed, 94 percent of respondents said that they felt that Portuguese locals were friendly towards them. Moreover, 47 percent wanted to stay there forever.

Portugal is known for its rich landscape, amazing cuisine, and the overall neighborliness of the locals. It shares the Iberian Peninsula with Spain and has some of the best weather in Europe; maybe that’s what makes the local population is so laid back and relaxed. Eating is a national pastime. As such, their cuisine tends to include lots of fish, caught fresh on their ample coastline, washed down with plenty of local wine called vinho verde.

The country is considered extremely safe. In fact, many Portuguese cities are havens for LGBT tourists.

Mexico is one of the most popular tourist destinations in the world. In fact, it regularly attracts tons of North American visitors, as well as travelers who come all the way from Europe, Asia, and beyond. This is likely because of the country’s gorgeous weather, amazing beaches, incredible food, and relatively low cost of living.

73 percent of people living in Mexico say that they’ve been able to make friends locally. Even if you don’t speak Spanish, you’ll find communication with outgoing locals easy.

Tourists tend to congregate around the coastline. So, if you want to get away from the crowd, head to Mexico City. In Mexico City, you can find everything from museums to bookstores to tons of amazing restaurants.

Although it’s gone through a rough couple of decades, Cambodia had their first election in 1993. Since then, the country has pulled itself out of the shadow of the brutal Khmer Rouge regime.

Cambodians are particularly eager for tourists to return to the country, as tourism is one of the industries that has been helping their economy grow at one of the fastest rates in the world. Some of the most frequented tourist sites are the ruined Khmer empire temples at Angkor Wat and the beaches that line Sihanoukville.

Most Cambodians are extremely welcoming and are eager for tourists to have a positive experience visiting their most cherished historical and cultural sites. Many tourists bring home gorgeous souvenirs like textiles — which is quickly becoming one of their fastest-growing industries — ceramics, and rice wine.

Located in Central America, Costa Rica has some of the most incredible biodiversity in the world. It regularly attracts tourists who come to explore its astounding natural environment, most of which is protected by the government as national parks and specially protected areas. Even better, 87 percent of respondents in the InterNations survey said that they found locals to be friendly to foreigners, while 81 percent said that they feel at home while they were staying there.

Costa Rica is a model for sustainable ecotourism. In fact, it regularly makes top 10 lists of countries with the most ethical tourism industry. As one of the world’s 22 oldest democracies, Costa Rica is politically stable and has not had an active army since the 1940s. Moreover, it has an extremely high level of human development considering the average income level.

Another country that boasts amazing diversity of natural landscapes despite its relatively small size is Colombia.

Colombian locals are considered extremely friendly and helpful to tourists. They delight in sharing their rich musical heritage. If you’d like to learn more, you should definitely coordinate your trip to coincide with the Carnival at Barranquilla or check out a salsa club in Cali, many of which are open until the early hours of the morning.

Some people fear traveling to Colombia because of the country’s history of involvement in the drug trade, but Colombia has been much a safer place since 2005. In fact, the 2016 Nobel Peace Prize was awarded to then-President Juan Manuel Santos for his work in ending the country’s 50-year civil war.

Although Vietnam has become known as a destination popular with gap year travelers, there’s so much more than the country has to offer. Tourism is one of the main industries that’s contributing to the rebuilding of the country following decades of war. Plus, locals are always eager to make travelers feel at home. Even Americans, who they were in conflict with as recently as 1973.

Considered one of the friendliest countries in the world, Vietnam locals are eager to show off their bustling cities like Hanoi and Ho Chi Minh City, as well as the incredible beaches and bays that line the coast. Ha Long Bay is one of the most popular tourist destinations in the country. You could also head deeper into the country and explore the imperial history of Hue.

Wherever you end up, make sure to enjoy plenty of the local cuisine, which features tons of fresh herbs, fruits, and vegetables.

As one of the United States’ closest neighbors, Canadians have always enjoyed a close relationship with Americans, who come north to experience the incredible natural wonders of British Columbia’s Rocky Mountains or Gros Morne National Park in Newfoundland.

Canada recently legalized recreational marijuana, making them one of only two countries in the world so far to legalize it nationwide. Considered a massive step forward in government deregulation, the country tied the announcement to a policy stating that all former offenders who were charged with crimes related to possession of marijuana could apply for an immediate pardon.

Canadians are considered polite and friendly and enjoy a similar quality of life to people in the United States — with the critical addition of socialized medicine for all. The large cities of Toronto, Montreal, and Vancouver are popular with tourists. However, if you’re interested in getting further off the beaten path, Charlottetown, Prince Edward Island, and Whitehorse in the Yukon Territory are both up-and-coming cities.

Peruvians place a high value on family life and children, which is why travelers with young children have found locals especially helpful if they’re feeling lost or out of place. Peruvians are also extremely sympathetic to those who may be suffering from altitude sickness, which can affect newcomers who are unused to the extreme elevation of some of their cities.

One of the country’s most famous tourist attractions is Machu Picchu, a historical Incan empire that’s located high in the Andes Mountains. There are a few different ways to trek in, all of which require a ticket. However, these tickets help to fund conservation efforts and limit foot traffic in this delicate ecological region.

If you’re skipping Machu Picchu this time, make sure you get the chance to check out Lima, the country’s capital. It’s full of interesting nightlife, excellent restaurants, incredible stores, and other attractions.

Scotland has a reputation for cold and damp weather. However, the country more than makes up for its environmental deficiencies with an incredible natural landscape, rich history, and vibrant artistic culture.

Tourism is a huge industry within Scotland — especially in the larger cities of Glasgow and Edinburgh. The latter of which plays host to the Edinburgh Festival every August, a massive literary, music, and theater festival that attracts visitors from all over the world.

Scottish history tends to get romanticized, but even the most cynical Scot recognizes the wealth of historical sites that cover their countryside. Locals are usually helpful to tourists, especially if you step outside of the touristy areas like Glasgow’s George Street or Edinburgh’s Royal Mile. 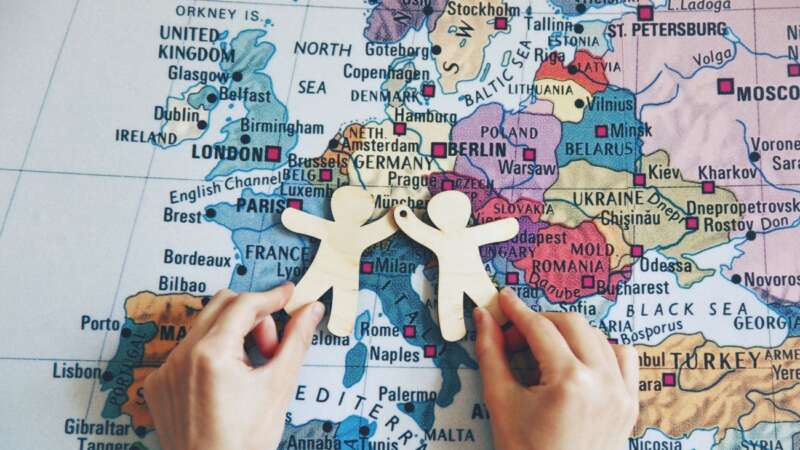