Little La Fortuna isn’t much of a looker, but it is a major destination for the gems that sit just outside of the main town.

The most famous attraction must be Arenal Volcano, a once-deadly volcano that now sits dormant since 2010. While treks can no longer go to the top of the volcano due to safety issues, responsible tours can take travelers a fair way up the side of the volcano, offering views of the peak on clear days, and a fascinating tale of the history of the volcano and its impact on the forest regardless of the clouds in the sky.

Another La Fortuna classic is its namesake waterfall. While reaching the base requires hundreds of steps down, it is totally worth it. Descending a few hundred steps may sound like plenty, coming back up makes it feel like even more. The brave and cold-resistant can take a dip in the river or waterfall pool, but even the aqua-averse will enjoy the spectacular scene.

One of the best ways to see animals is at night, when all of the nocturnal creatures come out to play. In La Fortuna, the best way to take advantage is with a night safari float. A guide and several tourists will float down in an inflatable raft in the dead of night, using only a paddle and a flashlight to traverse the waterway. Tourists are sure to spot birds, bats, monkeys, and maybe even poisonous frogs and sloths. 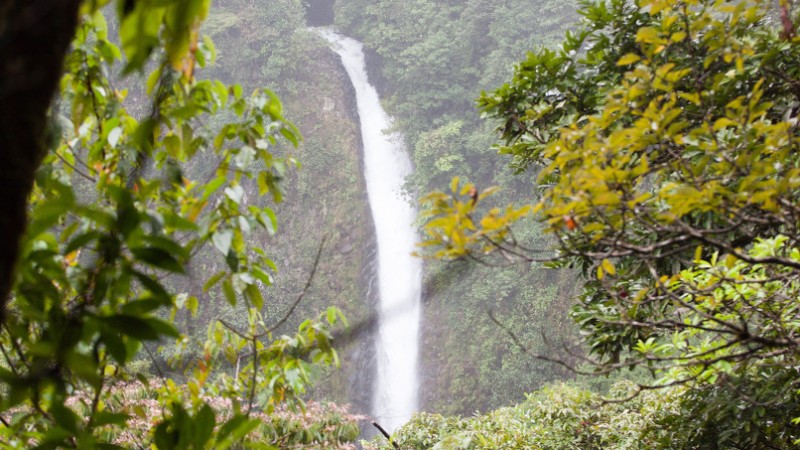