Italy is one of the world’s top tourist destinations. Head to this boot-shaped country to see its ancient sites, eat mounds of pasta and drink wine by the barrel. Since the country is situated on the Mediterranean, its temperatures remain moderate year round, and you might simply skip the vineyards and head right to the beach or rocky cliffs of the coast.

While you’re there, visit some of Italy’s most popular tourist destinations, like: 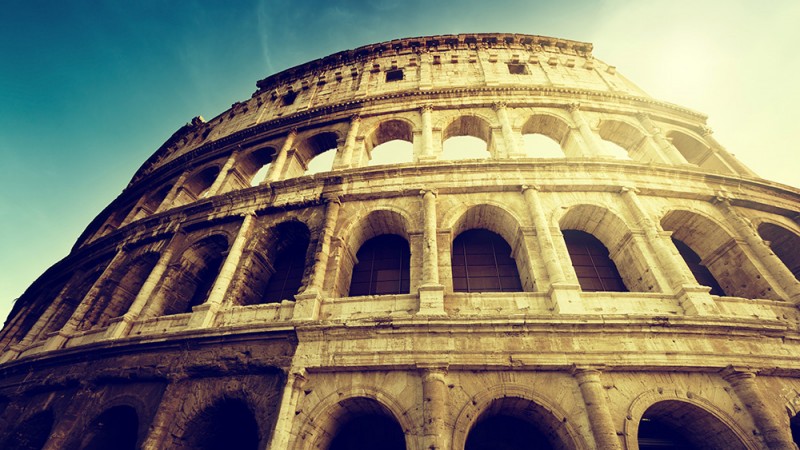 The Colosseum in Rome is one of the most recognized structures in Italy. Located in the center of Rome, the Colosseum creates traffic havoc for visitors and locals alike.

Built in 80 AD, it served as a stadium for gladiator contests and could hold up to 80,000 people. Now, thousands of tourists come to the Colosseum annually to set their eyes on one of the world’s most fascinating structures.

If you are from Europe, you’ll enjoy free admission to the Colosseum, but if you are from anywhere else, you’ll pay a small fee. The structure also houses a museum on the history of the ruins. There is also a maze of subterranean tunnels that run underneath the Colosseum. Their historical purpose was to transport animals and competitors to and from the arena. This part of the ruins is now open to visitors. 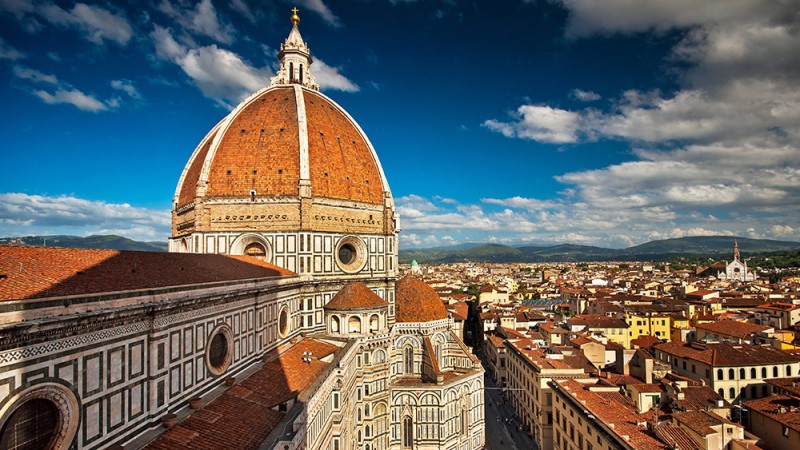 One of the most recognized cathedrals in Italy, the Florence Cathedral features a spectacular domed roof. The cathedral was designed by famed artists Lorenzo Ghiberti and Filippo Brunelleschi in 1367.

Though many of the sculptures designed for the cathedral—including Michelangelo’s Pieta and Luca della Robbia’s Lunettes — have been moved to museums like the Museo dell´Opera del Duomo, visitors can still see a plethora of spectacular art here.

Florence itself lies in the Tuscany region of Italy, known for its rich history and sprawling vineyards. Lovers of vino can take tours of the local wineries and sample some of their bounty. 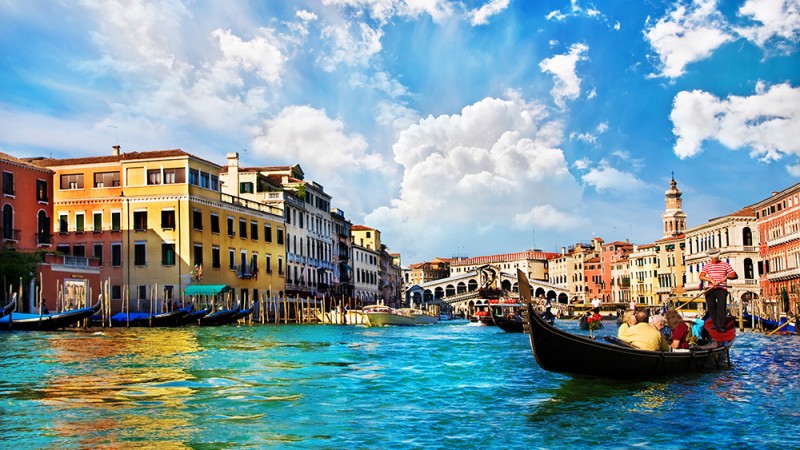 Gondolas float lazily up and down the Grand Canal in Venice — considered one of the most romantic cities in the world. You can gaze into your partner’s eyes as you bob along to the soft sound of accordions.

Head to the Grand Canal in September, the month the annual regatta takes place. You can watch the race from the shore, commemorating the Queen of Cyprus was abdicated in 1489.

Take tours that floats up the Grand Canal and learn about the area’s rich history. Famous sites along the canal include the picturesque Rialto Bridge and Palazzo Dario.