Waterfall to Nowhere: The Mystery of Devil’s Kettle Falls

Located in Judge C.R Magney State Park, Minnesota, just off the shore of Lake Superior, Devil’s Kettle Falls is one of the most mysterious geological phenomenon in the world. The Brule River flows down from an elevation of about 800 feet to end in a magnificent series of waterfalls. Normally, this wouldn’t be so mysterious, but towards the beginning of the falls, a rocky spar separates the column of water into two halves. One flows 50 feet down until it reaches the bottom, continuing the river which eventually empties into Lake Superior. The other half drops down 30 feet into a pothole called the Devil’s Kettle, and no one can figure out what happens to the water after that. Scientists and amateur explorers have been experimenting on it for years to try and crack the mystery, to no avail. 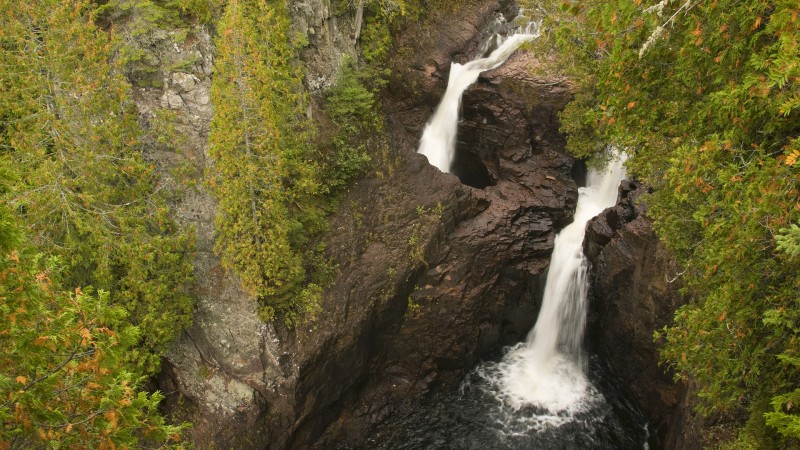 Most people assume the water would have to eventually empty into Lake Superior, because that’s the nearest large body of water, but no one has been able to confirm that 100%. Scientists have poured special bright dyes into the water to try and trace the flow, and amateur scientists and excited hikers have put all sorts of things from ping-pong balls to tree trunks, even a car (if you believe local legend), into the Devil’s Kettle to try and figure out where it ends up. No one has ever found a single object that they’ve dropped into the mouth of the Kettle. Enthusiastic explorers have suggested dropping a camera or a GPS into the falls, but all of those suggestions were vetoed. Any GPS signal would immediately be lost underground, and a camera would be shattered instantly, due to the initial drop into the pothole.

Some people think that the Devil’s Kettle leads down to an underground fault line, which could be helping the water flow, unseen from the mouth of the pothole, to the bed of Lake Superior. However, this theory was debunked because the fault line would have to be huge in order to accommodate the flow of half of the Brule River, and would probably have clogged up over time. People have thrown all sorts of debris into the mouth of the Devil’s Kettle to try and figure out where it goes, and these things would’ve either built up in the path of the fault line, or escaped somehow. Since no one can figure out where they’ve escaped to, people have ruled out the fault line theory. 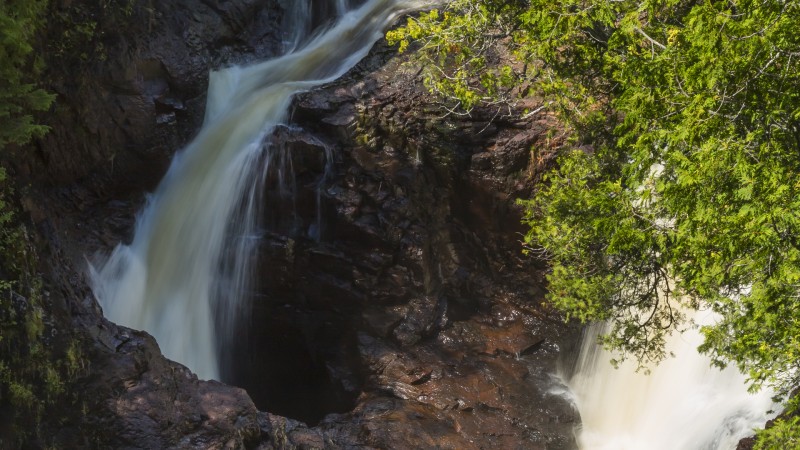 Another theory that geologists have come up with is that, maybe, the column of water flowing down from the opening of the Devil’s Kettle punched its way into an underground lava tube. A lava tube is a large stone channel that forms when slower-moving lava cools over top of a faster-moving lava stream. Eventually, the faster-moving lava flows away, leaving an empty cave of hardened basalt rock. The largest lava tube in the world is found in Iceland, and is almost 50 feet wide. There is a possibility that the water from the Devil’s Kettle drilled its way into a hidden underground lava tube, but since lava tubes don’t form in rhyolite rock, the chances are very small. Lava tubes are mostly found in basalt rock, and the nearest layer of basalt rock is too far away from the falls for it to have any impact.

The last popular theory is that perhaps a large cave has formed under the earth, and the water from the Devil’s Kettle flows into there. However, underground caves only form in limestone rock, and none of the rock surrounding the falls is limestone. 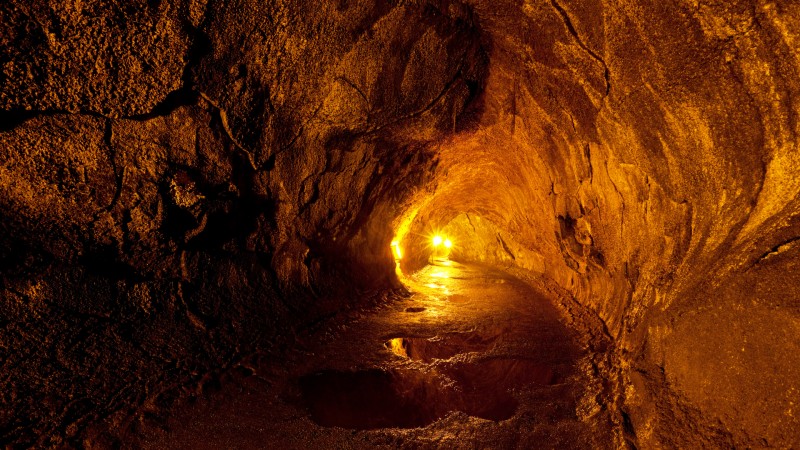 See It for Yourself

To see the Devil’s Kettle for yourself, make sure to pack your hiking shoes — or snow shoes, if it’s winter! Judge C. R. Magney State Park has tons of hiking trails, perfect for hikers of every level. The steps leading up to the Devil’s Kettle Falls make it more accessible, as rain often washes out the trails. The park is open for camping from mid-May to September, and visitors can fish for trout and salmon in the Brule River. The staggering beauty and mystery of the Devil’s Kettle Falls is sure to amaze you! 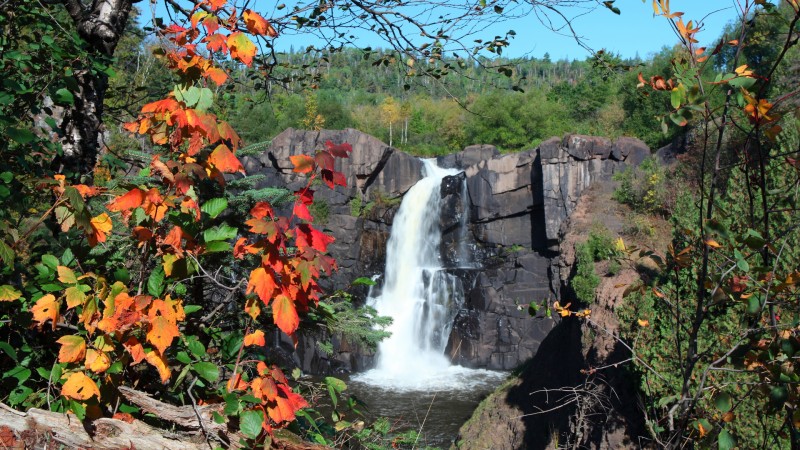