This wild, crazy planet of ours is home to more than 1,500 known active volcanoes and an unknown number hidden beneath our oceans. Each day, between 15 and 20 of them erupt, but thankfully the effects are minimal.

Although the chances of it happening are slim to none, what would it be like if every volcano on earth erupted at the same time? Here are 10 things you could expect to occur should the unthinkable happen:

Many would go deaf and blind from the explosions

When a volcano erupts, oftentimes the explosion is so great that it sends out a wave of air pressure known as a shockwave. Volcanic shockwaves have been known to be felt around the globe can melt ice, flatten entire forests and trigger devastating mudslides as we saw with the 1980 eruption of Mount St. Helen.

If they can destroy a forest, you can imagine that they could easily shatter glass. Much like how many residents of Halifax, Nova Scotia were left blind after the 1917 Halifax Explosion shattered every pane of glass in the city, a series of worldwide volcanic explosions would likely leave many people in the vicinity with permanent vision damage or loss.

Following the shockwave would of course be the devastating noise that even a single eruption can emit. In 1883, the volcano on the Indonesian island of Krakatoa erupted and the sound was reportedly heard nearly 30,000 miles away. Those within a hundred-mile radius of the volcano reportedly experience extensive ear pain and in some cases permanent hearing loss from the blast. 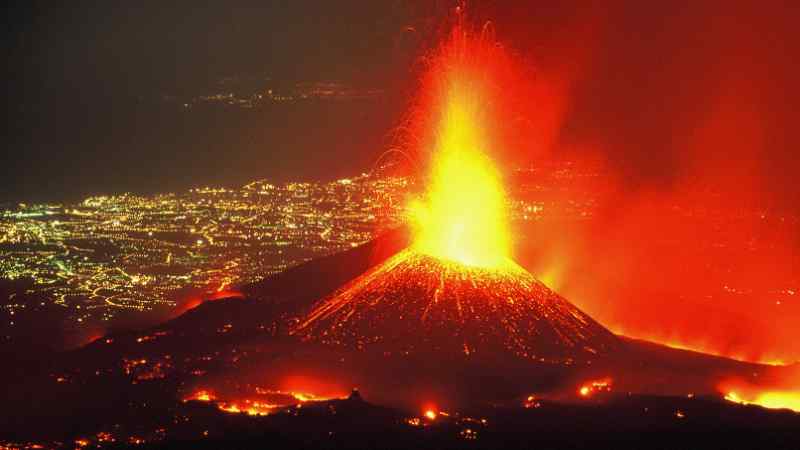 The immediate areas would obviously be destroyed

Hawaii is home to numerous volcanoes of the effusive variety, meaning that they would emit slow flowing streams of lava which could potentially be outrun in the short term but would do irreparable damage to the islands in time. In places like Java however, where more than 130 million people live within the vicinity of 45 active volcanoes, the effects of the ash alone would be catastrophic.

Rapidly moving, 1800 °F clouds of ash, rock and gas known as pyroclastic flows are emitted during explosive eruptions and can travel as fast as 450 miles per hour. Think you could survive? Outrunning an ash cloud is not an easy task; just ask the citizens of Pompeii.

Aside from lava and ash, another danger after a volcanic eruption is flying rocks. When Mount Ontake erupted in Japan in 2014, all 47 casualties were due to being hit by rocks that were blasted into the air in the wake of the explosion. 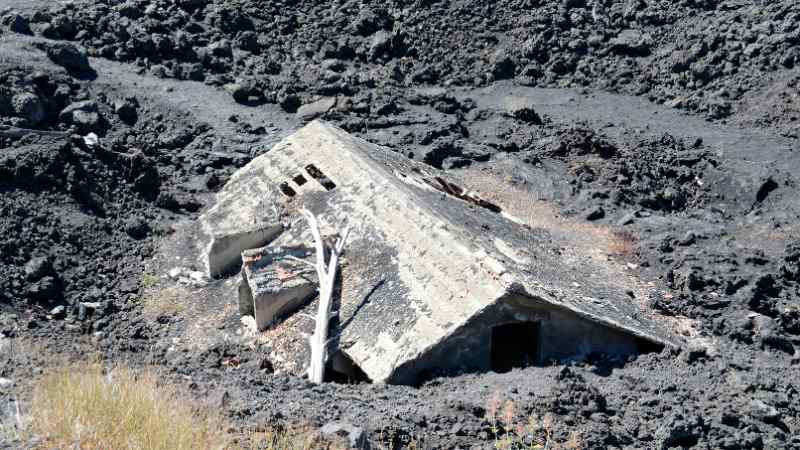 The world would go dark

Following the 2011 Grímsvötn eruption in Iceland, the nearby town of Kirkjubaejarklaustur was plunged into almost total darkness in the middle of the day thanks to the plumes of ash that reached as high as 12 miles into the atmosphere.

In a nightmare scenario of synchronized worldwide volcanic eruptions, experts believe that the ash clouds could travel thousands of miles and block out the sun entirely, remaining in the atmosphere for up to 10 years. This would make the process of photosynthesis very difficult and would have a calamitous effect on all plant life and cause temperatures to drop. A large area of the United States would be covered in ash thanks to the Yellowstone super volcano located in Wyoming. 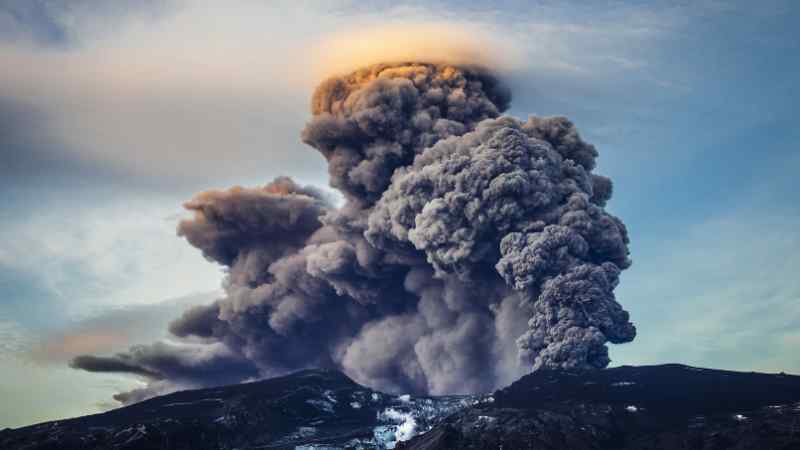