Bridges have been carrying us over obstacles for centuries. Greece’s Arkadiko Bridge, for example, one of the oldest arch bridges still in use today, dates all the way back to 1300 B.C. It’s seen better days, sure. But the bridge remains an unmatched structural achievement and acts as proof of the resilience of human ingenuity.

It’s safe to say that the world of bridge building has come a long way. These days, bridge construction is as much about form as it is about function. Awe-inspiring bridges draw millions of selfie-taking tourists per year.

Today, we trot the globe to give you a front-row seat to some of the most incredible architectural achievements in human history. Bridges! Lots of them! Behold, these are the most breathtaking bridges in the world.

The Golden Gate Bridge in San Francisco, California, is iconic. And, as one of the most beautiful bridges on the globe, it’s the perfect place to start.

At the time of its construction in 1937, San Francisco’s world-famous suspension bridge was the longest of its kind in the world. It has since been dethroned, but it remains the most photographed bridge in the world. The bridge is 2,737 miles long, connecting the San Francisco peninsula to Marin County across the Golden Gate strait. The cable-laden marvel is considered a Wonder of the Modern World, and for good reason. 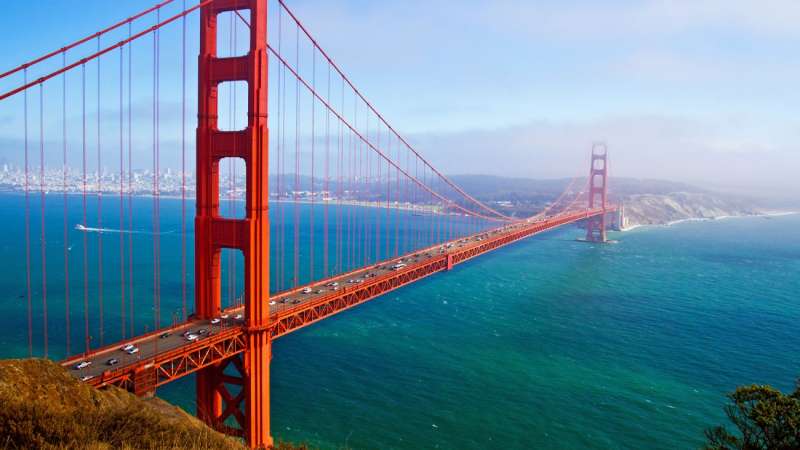 Before the words “Golden Gate” became a household name, another suspension bridge ruled the Americas. Construction was completed on New York’s Brooklyn Bridge in 1883, connecting the boroughs of Manhattan and Brooklyn across the East River. It’s considered a hybrid, relying on both its suspension and cable-stay design to carry six lanes of traffic over 1,825 miles. The Brooklyn Bridge took 16 years to build and cost the equivalent of $320 million dollars in today’s dollars.

Fun fact: In an effort to convince skeptical New Yorkers that the bridge was safe, circus magnate P.T. Barnum led a cavalcade of 21 elephants across the bridge without incident. 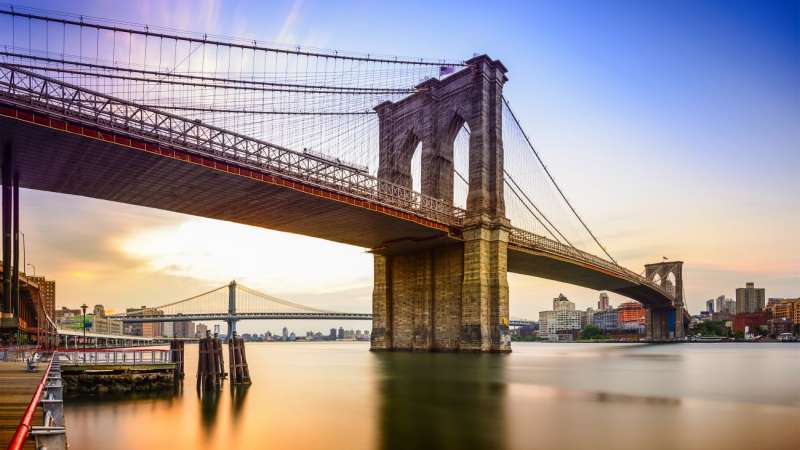