While the word “borscht” can be used to refer to a variety of sour soups popular all over Eastern Europe, the most popular and well-known version is made with beets and originates in the Ukraine.

Borscht has a beautiful jewel-red color because of the beets and can vary from a light broth to a hearty beet stew. Served either hot or cold, depending on the variety, borscht is usually topped with a dollop of sour cream which gives the dish a creamy consistency. 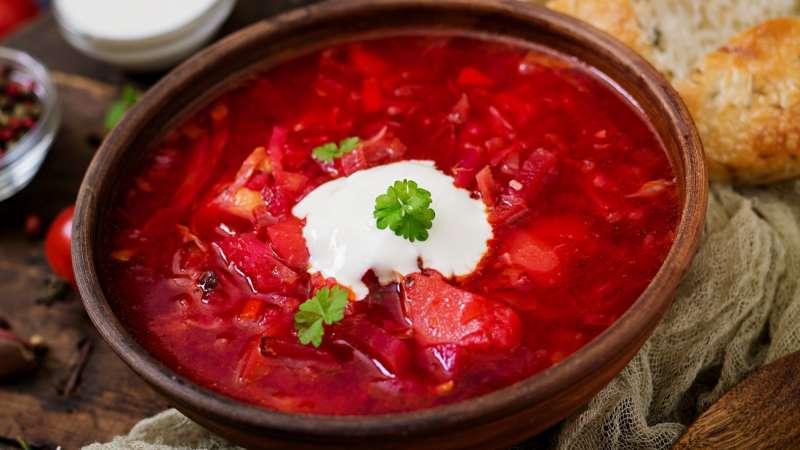 No party in the Philippines is complete without a dish of hearty kare-kare, a savory stew made with oxtails, pig’s feet, and stewing meat, covered in a rich peanut sauce. The meat in the dish takes quite a while to tenderize, which makes the cooking time quite long, but the end result is worth it. Most Filipinos have their own personal way of seasoning this dish, but typical options include shrimp paste, chilis, and calamansi wedges, which can be squeezed over top. 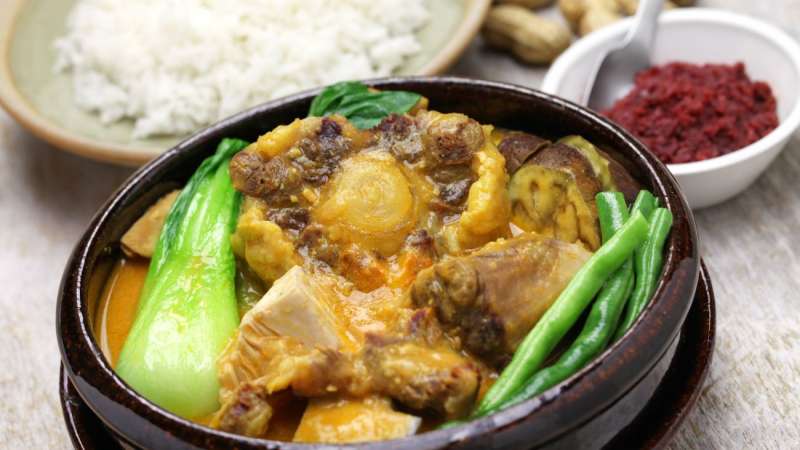 One of the most ubiquitous English dishes is the phenomenon known as fish and chips, which is served all over Britain. It was first served in the 1860s, thought to be inspired by the Sephardic Jewish dish of fried fish. With the advent of deep-sea fishing in the late 19th century, the glut of fish on the market made this meal cheap, and of course, it’s filling.

The pieces of fried fish (usually a variety of white fish like cod, haddock, or pollock) are accompanied by thick-cut chips. The whole thing is often doused with malt vinegar and served on a piece of newsprint. 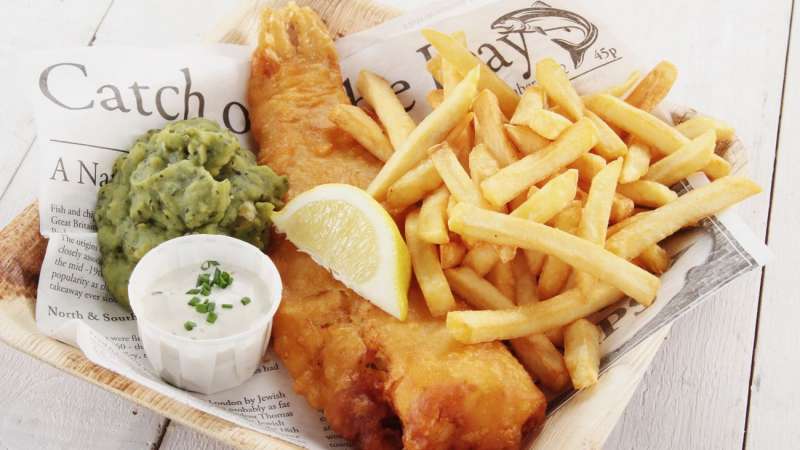