I’m not a particularly trendy person. I wear a lot of hand-me-down clothes (yes, as an adult), and not the cool kind that look like they’re from whatever decade is currently in fashion. I know painfully little about what is happening in “trendy” spheres of influence.

Despite this, I recently found myself in the middle of an ocean of Cosby sweaters, male jeggings, and styled moustaches that had that warm, fuzzy, “cool” feeling. Through the grapevine I heard about an international street art event, and you bet I went — Walmart cargo shorts, oversized shower sandals and all. 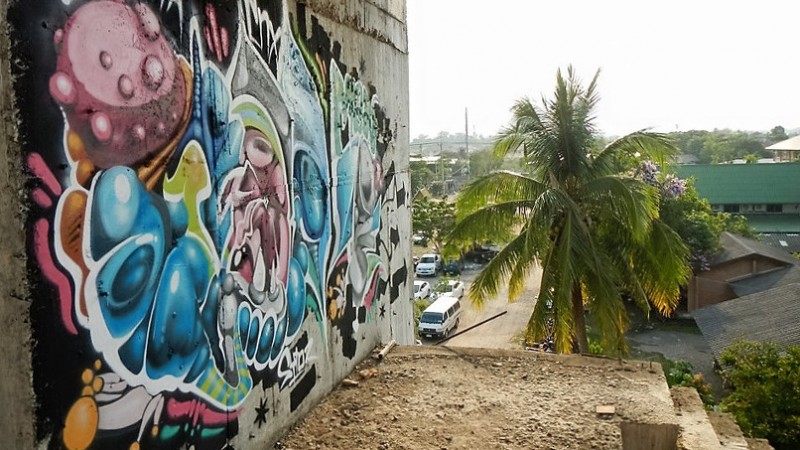 On The Hunt For

On a Friday night, some Israeli friends of mine told me they had heard something about a graffiti event the next day, and we spent all Saturday morning trying to track it down. The event page was very easy to find, but contained very little information.

I eventually tracked down an address and we decided to hire a songtaew. Literally translating to “two lines,” a songtaew is a red pickup truck with two bench seats in the back and an overhead cover. If you’ve ever seen The Hangover Part II, they spend quite a bit of time in one. Usually they go up and down main roads, and passengers can hop on or off wherever they’d like. If you have enough people, hiring one is cheaper than getting multiple taxis.

Since I could speak the most Thai, I sat in the cab with the driver while everyone else sat in the back with their adult beverages and music. We drove to the general vicinity of the event, and began pulling over to ask locals if they knew the address. (Bangkok is constantly under construction, and GPS maps aren’t too reliable.) Most people just stared at me blankly, but eventually I was transported back to 1999 when a soup seller gave me directions according to landmarks like “left at the giant Singha billboard” and “go straight when you see the cat painted on a street sign.” 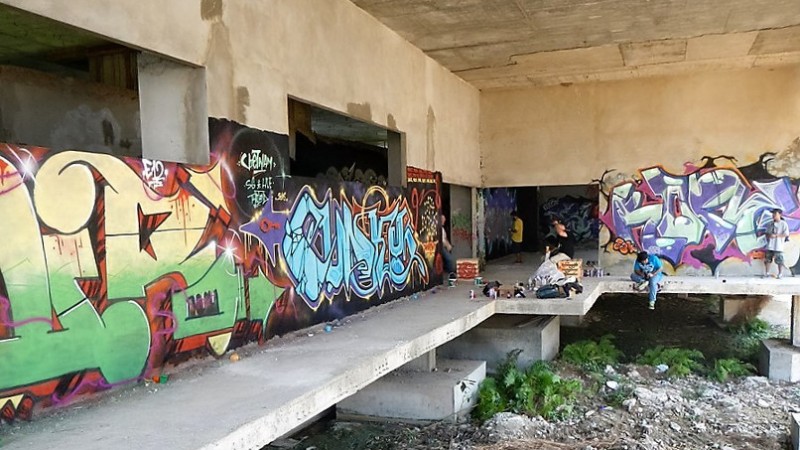 Bangkok may be a densely urban city, but there are still large patches of empty lots waiting on construction permits or funds to clear before buildings can be erected or retrofitted. These empty lots are generally surrounded by large, modern towers, and hide like toys forgotten beneath an overgrown patch of yard.

We passed a few developed blocks to finally be greeted by the thudding electronica floating across a field of dead grass. The Thai government actually encourages street art in certain sanctioned venues, and this particular one was a four-story concrete building stripped of any creature comforts.

Local artists had set up tents around the foundation of the venue to sell their pieces, but we rushed up the stairs to investigate what we had found. The structure was large and intricate, with event coordinators DJing and emceeing in what would’ve presumably been the foyer. I split off from my friends without an explanation and started to explore the de facto art gallery. There were several rooms, most the size of an average bedroom, with graffiti in various stages of completion. Rooms without much light source had impromptu flood lights set up, and empty spray cans scattered the filthy floor next to cup-o-noodle cups and cigarette butts. 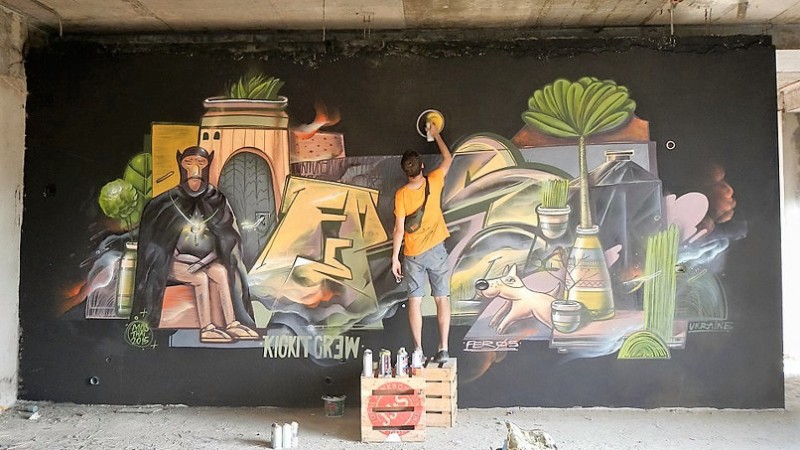