If you’ve ever wanted a salad that has almost as much meat in it as your main course, Ukrainian olivier salad (sometimes called olivye) should be first on your list. Olivier is most often compared to American potato salad, but it has a lot more ingredients, making it much more filling.

Instead of cubing the potatoes, chefs cut all the vegetables to an extremely fine dice, then toss the carrots, potatoes, pickles, green onion with peas, boiled eggs, and cubed ham. Chopping everything down to a fine dice ensures a variety of flavors in every single bite. The result is a hearty salad that’s kept fresh with a light dressing of mayonnaise and chopped fresh dill. 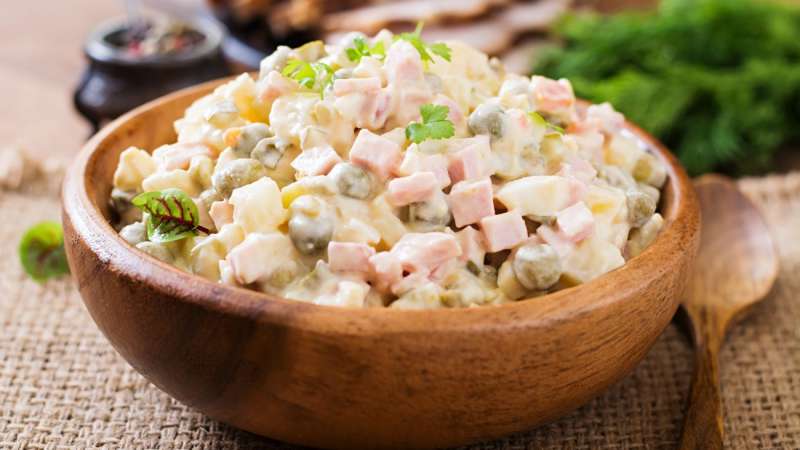 Banush is one of the most famous dishes of the Hutsuls, a nomadic group that’s been living in the Carpathian mountains since the early 19th century. It’s easy to understand why this dish was so popular with these nomadic herders as it’s a rich, warming dish made of corn grits fried with mushrooms and smoked pork fat, covered in pieces of sheep’s milk cheese.

Although this dish is traditionally made outdoors over an open fire, many Ukrainians have found that it’s easy to make it indoors, and tastes just as good. This dish is often served on holidays or feast days and is best eaten when hot. 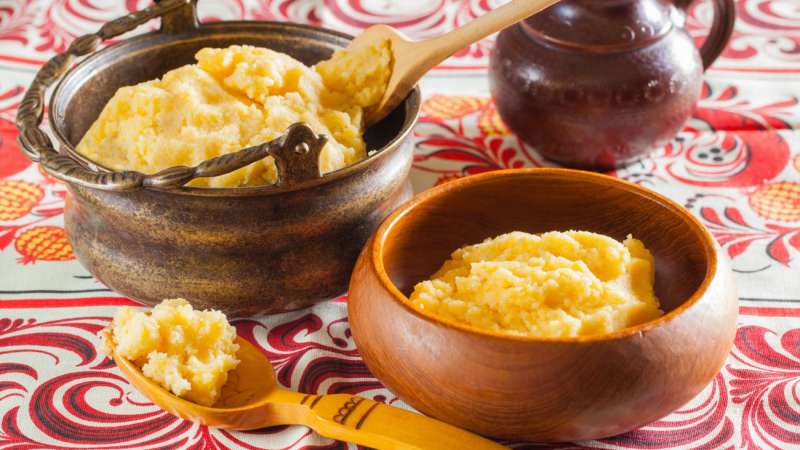 Salo is cured pork fatback that’s either salted or smoked. It’s a common ingredient in Ukrainian kitchens, where it’s often used as a cooking fat, but also eaten in large, raw chunks. Many chefs will throw it in a pan and use the rendered fat for cooking, then eat the leftover cracklings or incorporate them into the final dish. It’s also common to see it eaten as an appetizer or as part of a meal. In fact, it’s equally delicious sprinkled with salt and pepper or eaten on a slice of black bread with gherkins and sliced garlic. 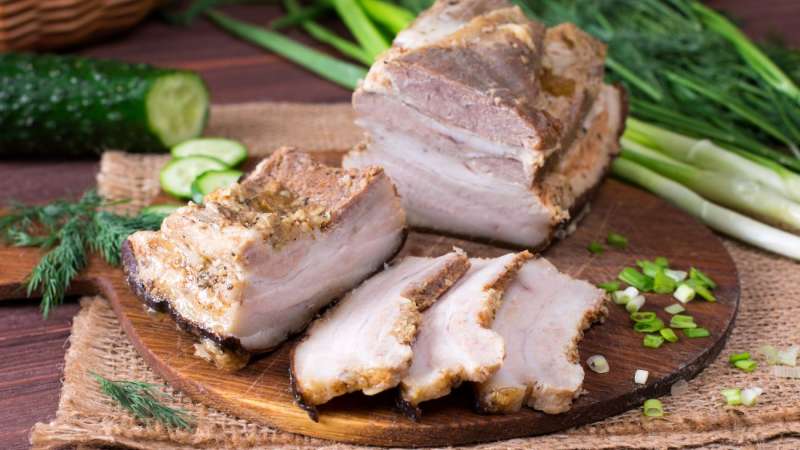