For decades, Americans have been separated from our Cuban neighbors by travel blockades and other governmental restrictions. However, the American government recently loosened the restrictions and rules, and the Cuban government in turn is offering their citizens a chance at exit visas for the first time since 1961. With these newly porous borders, tourists are jumping at the chance to explore a country that’s been closed off for so long.

If you’d like to explore Cuba through its tastes and traditions, now’s the perfect time. In order to facilitate your Cuban culinary exploration, we’ve gathered together some of the best dishes to try.

The Cubano sandwich is one of the most iconic dishes in Cuban cuisine – but it may not have even been invented in Cuba. This delicious pressed sandwich, which layers Cuban bread with ham, roasted pork, Swiss cheese, pickles, mustard, and sometimes salami, originated in small Florida cafes that catered to Cuban immigrant workers. In the 19th and 20th centuries, Cubans often worked in Key West, and it’s believed they brought this sandwich with them. It was a common staple of cigar factory and sugar mill workers, and eventually, the recipe solidified into what we eat today. 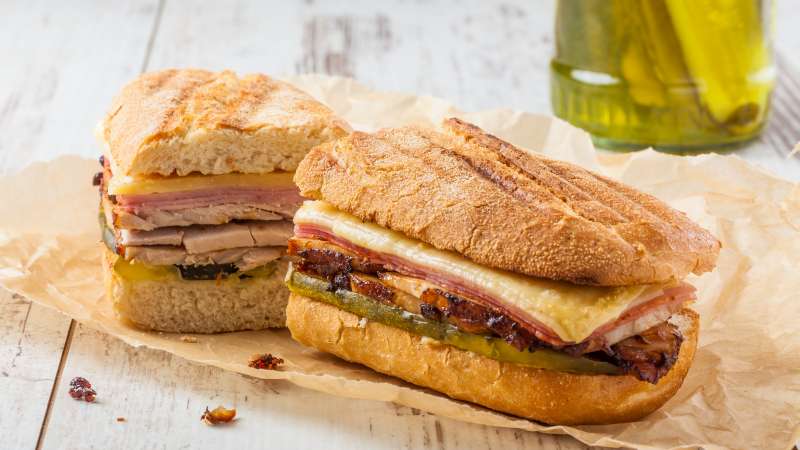 Another popular sandwich you’ll find in Cuban cities like Havana is the Medianoche sandwich. Like the Cubano, it’s made with roast pork, ham, Swiss cheese, pickles, and mustard, but it’s served on thick egg bread instead of crusty Cuban bread. Medianoches get their name because they’re often served in Havana nightclubs around midnight, so patrons can soak up some of the alcohol in their system with a hearty snack. 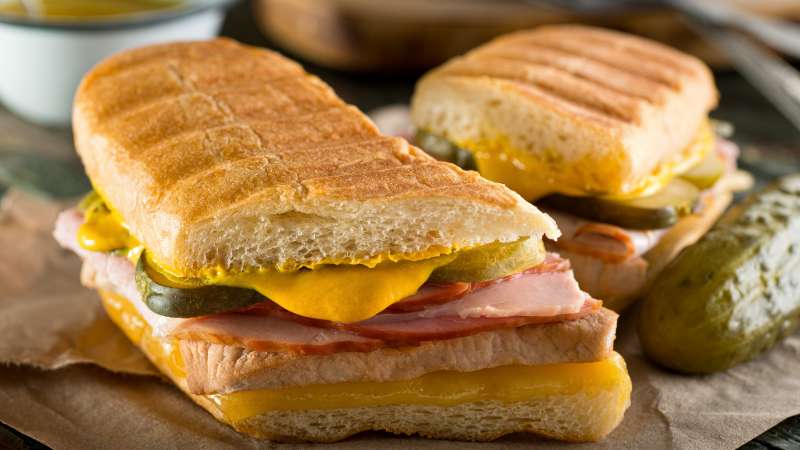 This particular sandwich is odd: slices of roast turkey slices sit between pieces of egg bread, smeared with cream cheese and strawberry jam. The ingredients might seem completely ridiculous, but the combination of sweet jam, gooey cheese, savory bread, and rich turkey is surprisingly addictive. The sandwich is named after socialite Elena Ruz, who frequently ordered this from the El Carmelo restaurant in the 1920s.