Dishes made of rice and beans can be found all over South and Central America, and the Caribbean. Both are staples of the region and can be combined into tons of different dishes depending on the seasonings, proportions, and preparation methods. The Cuban version of rice and beans is called Moros y Cristianos (Moors and Christians), and is so named because the black beans are thought to represent the Moors while the white rice reflects the Christians. Unlike some other dishes, the beans and rice for this dish are prepared separately, only combined when it’s time to serve. 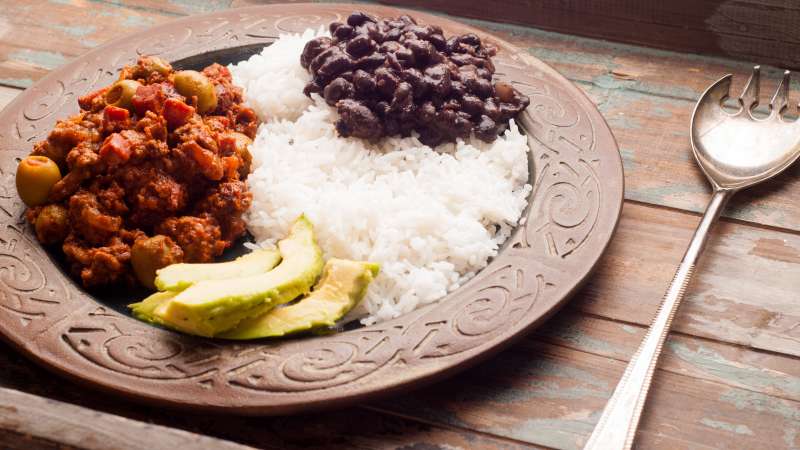 Ropa vieja is so popular in Cuba that it’s a national dish. Though it’s just flank steak cooked in tomato sauce, the method of cooking breaks the meat down until it’s juicy, stringy, and resembles the old clothes (ropa vieja) that give the dish its name. The sauce that simmers alongside the meat is made from tomatoes, bell peppers, and plenty of spices. If you only try one Cuban meal, make it ropa vieja served alongside fried plantains, black beans, and rice. 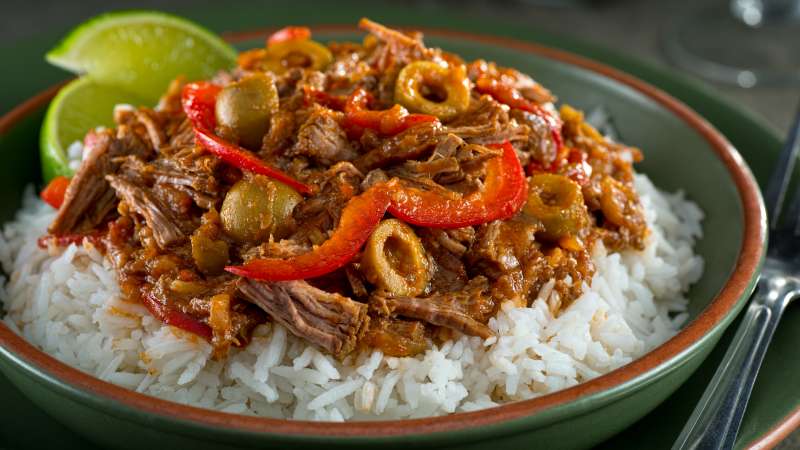 This savory Cuban stew comes from the brilliant mind of chef Nitza Villapol, the host of the longest-running show in Cuban history – a cooking program where she spent 49 years teaching her fellow citizens how to make delicious meals despite rationing and chronic food shortages. Fricasé de pollo became an instant favorite after it appeared on her show. Chicken is stewed with a mixture of vegetables, pimento-stuffed olives, and capers, which gives it a unique acidity and complex taste. The addition of raisins for a little sweetness elevates this dish to gourmet status.