What we in North America know as Greek food is a paltry imitation of the rich flavors and textures of food that actually come from Greece. Real Greek food is a celebration of fresh ingredients, flavored with the traditional spices of thyme, oregano, olive oil, and lemon juice.

The Greek culinary tradition goes back centuries – the use of thyme in cooking was even mentioned in Homer’s Odyssey – but never really centralized. That means that each unique area of Greece – all the way from Thrace in the north to Crete in the south – has its own specialties. See how many of these unique dishes you can find on your next trip.

This is a popular snack food in Greece, often served on the island of Crete as part of a meze course –  diners are served lots of small dishes of different foods, often to accompany alcohol and a social gathering.

Kolokithokeftedes are made of grated zucchini and feta cheese, two staple ingredients in Greek cuisine. The batter is formed into balls and fried until the outside is crisp and the inside is deliciously creamy. These are traditionally eaten with tzatziki, a popular dipping sauce made out of yogurt with cucumber and garlic. 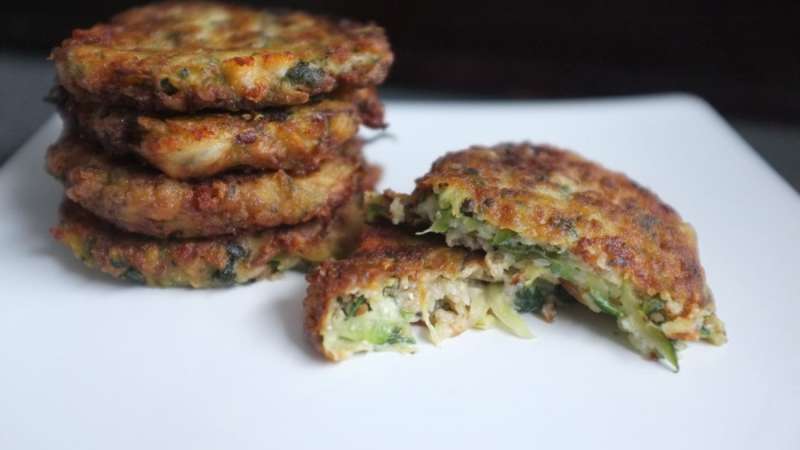 Image via In the Kitchen with Zoe

Dakos is another type of meze that can really only be found in Crete. It’s a salad, made of tomatoes and cheese that sits on top of a slice of dried barley rusk. The whole dish resembles a tiny, fresh pizza, and like many dishes in Greece, is served with a sprinkling of oregano and a drizzle of olive oil. 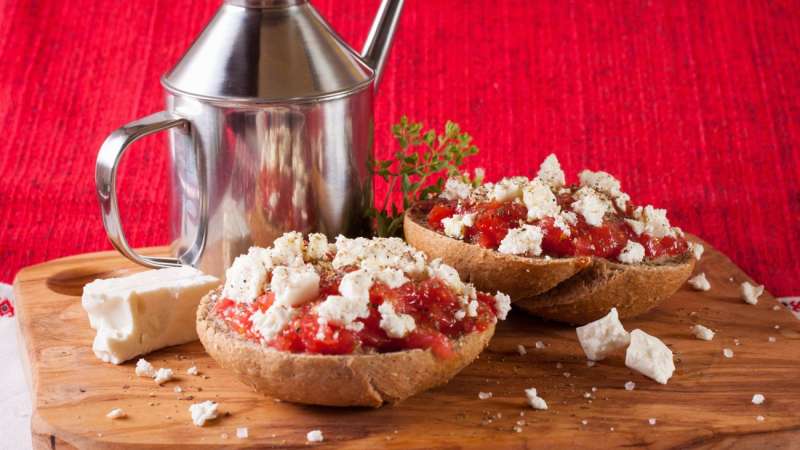 Greeks certainly like their social gatherings and alcohol. Another Cretan dish that’s often served as a meze is feta me meli, which is simply feta cheese wrapped in phyllo pastry and drizzled with honey vinaigrette and sesame seeds. It’s the perfect mix of savory and sweet!

The vinaigrette is what makes this dish utter perfection. Made of honey and red wine vinegar, it brings a richness to the dish that takes it beyond a simple pastry-wrapped cheese. 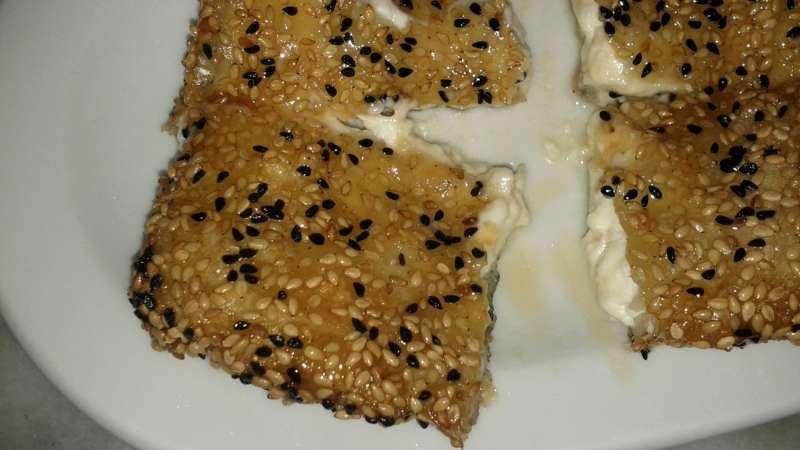