Located in the area once called the Cradle of Civilization, Israel is a relatively new country that has a unique food scene all its own. Home to many immigrants, as well as locals who have been living in the area for centuries, the food served in homes and on the streets reflect the huge array of cultures that dwell in this area together.

Jewish people have been immigrating here en mass since the end of the Second World War, bringing European dishes from places like Poland and Germany to an area that had already seen the Greeks, Romans, Ottomans, and British come and go. The food scene in Israel now reflects this vibrant and varied heritage. We’ve gathered some of the best dishes to experience while you’re there!

Shakshuka originated in Tunisia, and spread to the Middle East by Arabs immigrating from North Africa. At its heart, it’s a simple tomato stew, which is used as a vessel for poaching eggs. The eggs cook slowly in the stew, then are spooned out and eaten so that the delicious yolk runs into the tomatoes.

It’s endlessly versatile – you can add cheese, swap out the spices, or add different veggies to give it a whole new feel. The best place to eat shakshuka is at Dr. Shakshuka, a busy restaurant that only serves this dish, located in Jaffa. 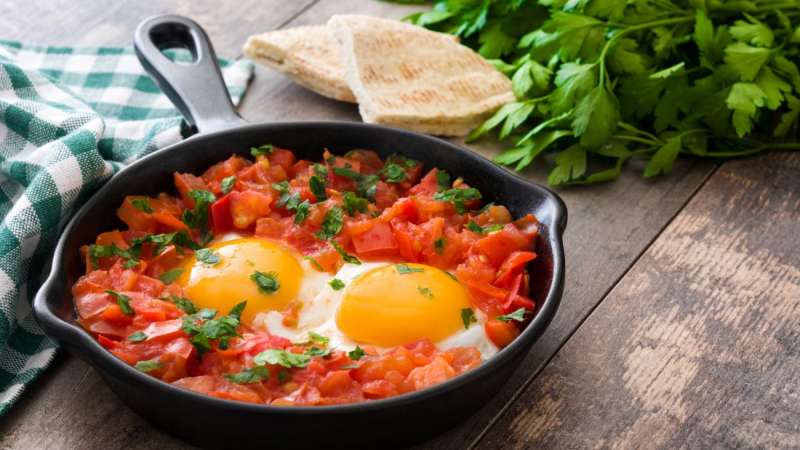 Similar to Greek salad, Israeli salad is made of chopped veggies rather than salad leaves like lettuce or spinach. The primary ingredients are cucumber and tomatoes, but really, anything goes. You can add bell peppers, carrots, radish, fennel, or whatever you happen to have on hand.

The light dressing is made with olive oil, lemon, and spices like sumac, za’atar, and mint. Israel’s various ethnic groups each prepare this in a different way. Indian Jews add ginger and chili peppers, while North African immigrants will add preserved lemon and cayenne. 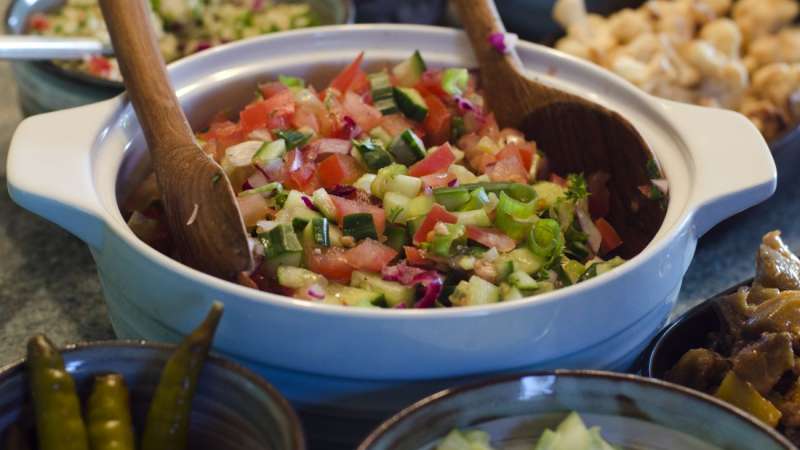 Challah is a delicious egg bread (think brioche) that has been significant to the Jewish people for centuries. There are tons of different recipes and methods for making it, but essentially, challah is any bread served on the Sabbath, which symbolizes the manna given to the Jewish people as they wandered in the desert. Blessings are said over the bread every Friday night.

Challah can be found in most cities in Israel. Bakeries regularly compete to see who can make the most beautiful, elaborate shapes. Benedict, a hip brunch place in Tel Aviv, makes amazing challah French toast. 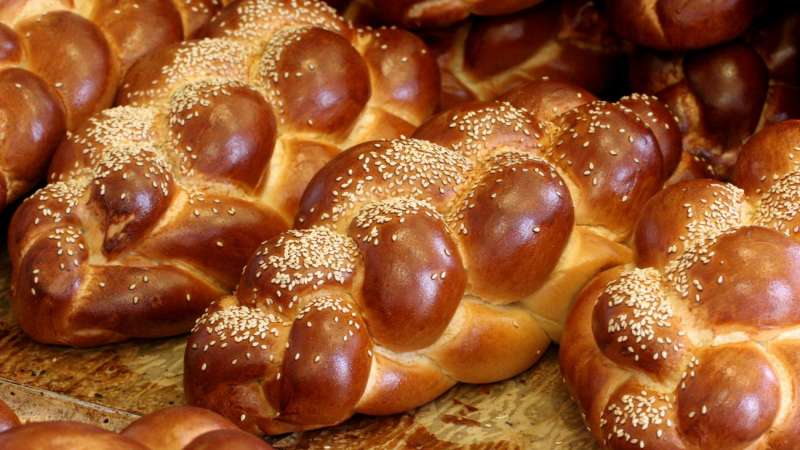