A variation on hummus has been served in this region for centuries. Hummus is an easy way to prepare chickpeas, which are one of the oldest foods known to man. Hummus is wildly versatile, full of protein, and totally delicious. It’s currently one of the most popular foods in Israel.

Arguing about where to find the best hummus is almost a national pastime, but here are two for you to try first – Abu Hassan, in Jaffa, and Hummus HaCarmel (which is located in an old synagogue in the Carmel Market in Tel Aviv) both serve incredible hummus. 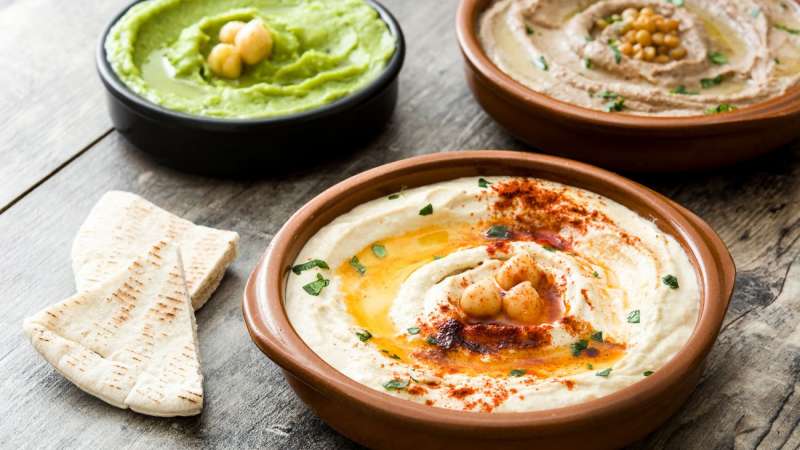 Falafel are deep-fried balls of chickpeas and fava beans. It’s another favorite way to prepare these ancient ingredients. Falafel is served by either presenting the falafel patties on a plate with a variety of sides like hummus and Israeli salad, or the patties can be tucked into a warm pita and eaten like a sandwich.

It’s believed that this dish originated in Egypt. Arguing about the best falafel is another fun Israeli pastime, but one popular opinion is that you can find the best falafel at Falafel Hakikar in Tzfat. 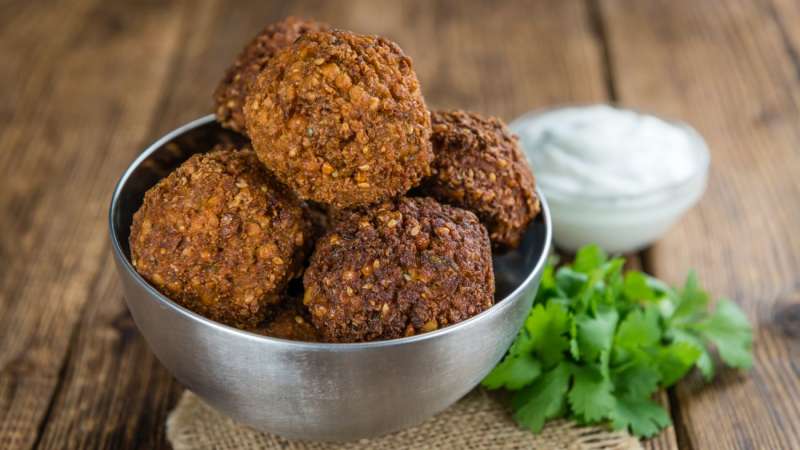 Sabich is another popular Israeli sandwich and on the go snack, comprised of fried eggplant, hard-boiled eggs, Israeli salad, and pickles tucked into a pita. It was brought to Israel by Mizrahi Jews who emigrated from Iraq in large numbers in the ‘40s and ‘50s. Their traditional Sabbath morning meal was fried eggplant, eggs, and hummus.

It only took one person to come up with the idea to put all those ingredients in a pita. It’s not the easiest thing to make at home, because of all the unique ingredients, so pick one up at your favorite market stand. 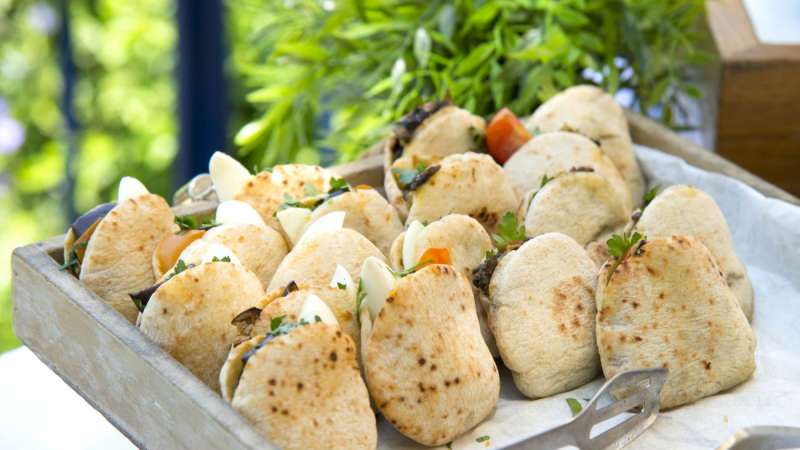