With 11 official languages, the incredible diversity of ecosystems, and a rich history, South Africa is a country begging to be explored. Whether you go on safari, tour wine country, or spend your time in the bars and clubs of Cape Town and Pretoria, you really can’t go wrong.

South Africa’s incredible biodiversity and rich cultural heritage have given it a unique cuisine unlike any other place on Earth. There are visible influences from the Dutch, German, French, and Cape Malay colonizers, as well as indigenous dishes that have been passed down for generations.

If you’re spending your next holiday in South Africa, here are some amazing dishes you must try.

Biltong is one of South Africa’s most famous exports. It’s a salted, spiced, and cured meat that’s similar to North American beef jerky.

Biltong is most commonly made from beef, but it can also be made with game, fish, chicken, or even ostrich meat. The meat is marinated in vinegar and spices, then patted dry and left to hang in a dry area. Making biltong was originally a winter activity, as the cooler temperatures inhibited the growth of bacteria.

It’s often eaten on its own as a high-protein on-the-go snack, but it can be rehydrated and added to stews or pastries. 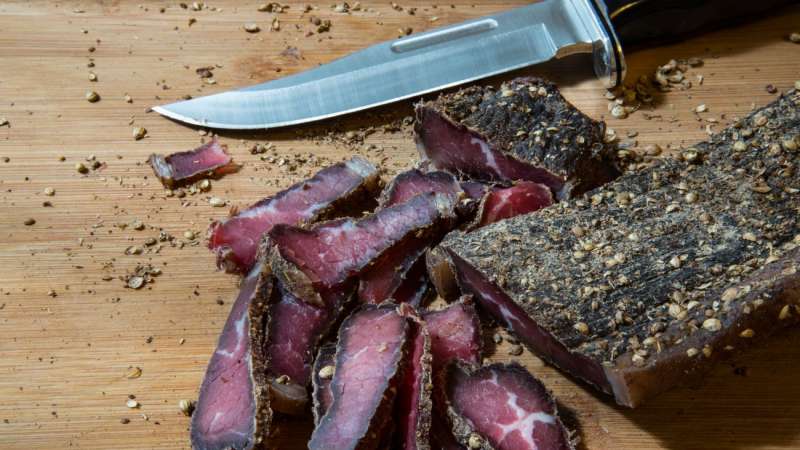 A favorite of South African barbecues, boerewors are long, spiral-shape sausages made of beef, lamb, and pork. The name is derived from the Afrikaans words for “farmer” and “sausage”.  Although they can be cooked any way you’d usually cook a sausage, it’s most traditional to grill them over charcoal. While you will find them encased in a bun like a hot dog, serving boerewors with a side of pap (cornmeal porridge) is most common.

Boerewors were often made by farmers. Plus, family recipes are proudly held in extreme secrecy. There are several regional competitions around South Africa which award a prize to the best boerewors. 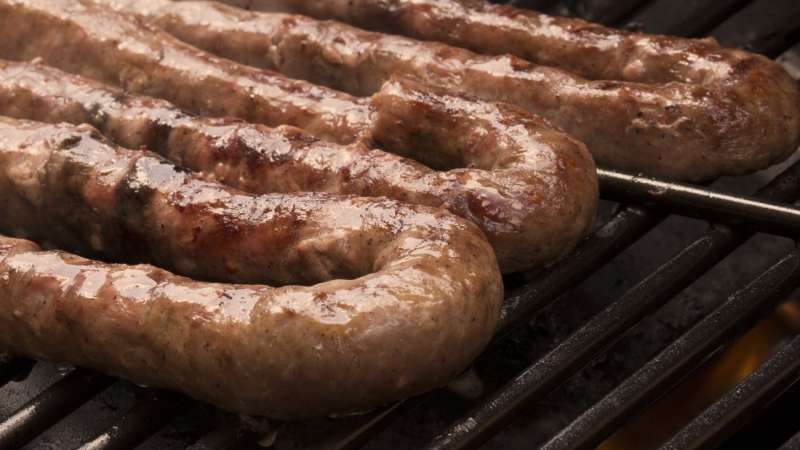 Sometimes referred to as fish biltong, bokkoms are a type of whole salted fish that’s a delicacy of the Western Cape area of South Africa. Bokkoms are made with the whole mullet that’s soaked in salt brine for several days before being rinsed off and left to dry in the sun and wind. Bokkoms must have their skin removed before they’re eaten, but after the drying process, this is easy enough with just the fingers.

The city of Velddrif is where most of the bokkoms in South Africa are made. While they haven’t caught on globally in the way that biltong has, they’re still a beloved part of the local cuisine. 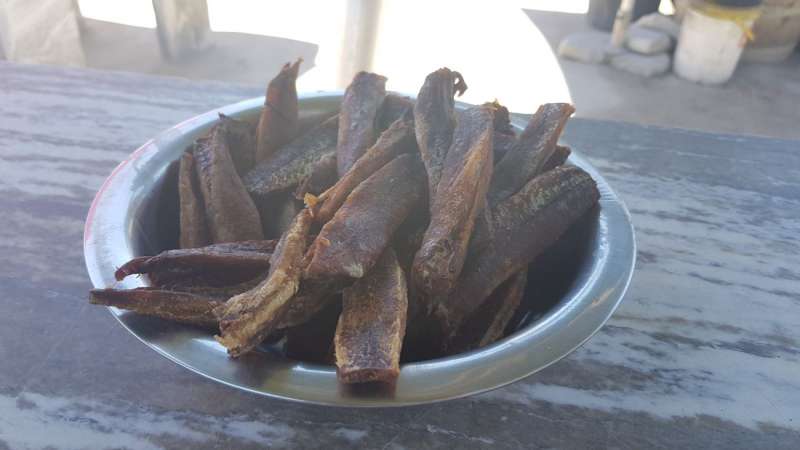 Bobotie came to South Africa with Dutch settlers but was quickly adopted by the Cape Malay people who made their home around the Cape of Good Hope. As such, it’s been a regional delicacy there for centuries.

Bobotie is made with spiced minced meat — usually beef, mutton, pork, or lamb — covered with an egg-based topping that’s almost like a savory custard. The combination of spices that are used to flavor the meat includes marjoram, lemon rind, almonds, onions, and curry powder. Bobotie is usually topped with walnuts, bananas, and chutney and served with turmeric-spiced rice. 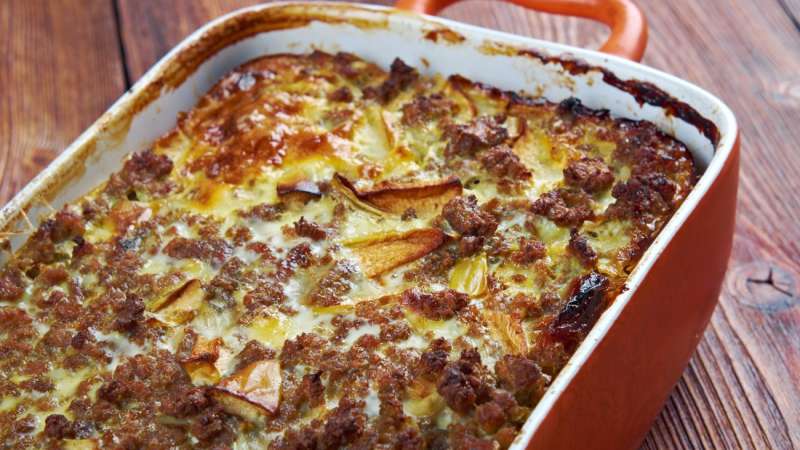 This eminently practical dish is made from curry stuffed inside a hollow-out loaf of white bread.

Bunny chow is thought to have originated from the packed lunches of Indian migrant workers who worked in the Durban area. They would hollow out a loaf of bread and store their lunch-time portion of curry inside. That way, they wouldn’t need to bring any utensils and could eat on the go.

Curries made with mutton, lamb, and chicken are the most frequently used stuffing for bunny chow, but British-inspired versions with French fries and baked beans on the inside are not uncommon. A “full bunny” means an entire loaf of bread and a corresponding amount of curry, so typically an individual orders a half or quarter bunny. 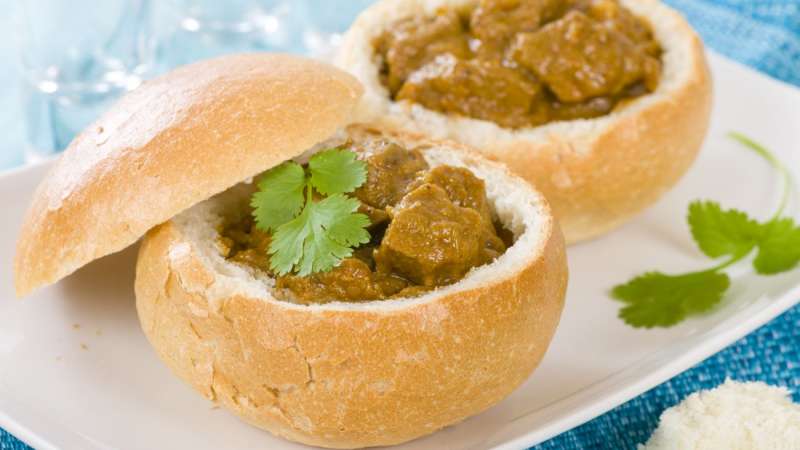 Tomato bredie is a South African stew that features a wide variety of local produce that typically includes tomato, pumpkin, green beans, and Cape water lily flowers (“waterblommetjies” in Afrikaans). Considering it’s a real comfort-food staple, this is what many South Africans turn to in the cold winter months.

Tomato bredie requires a great number of ingredients including lamb necks or knuckles and a dozen separate spices. Interestingly enough, there’s no single defining recipe as each family has their own. It’s often served with turmeric-spiced rice. 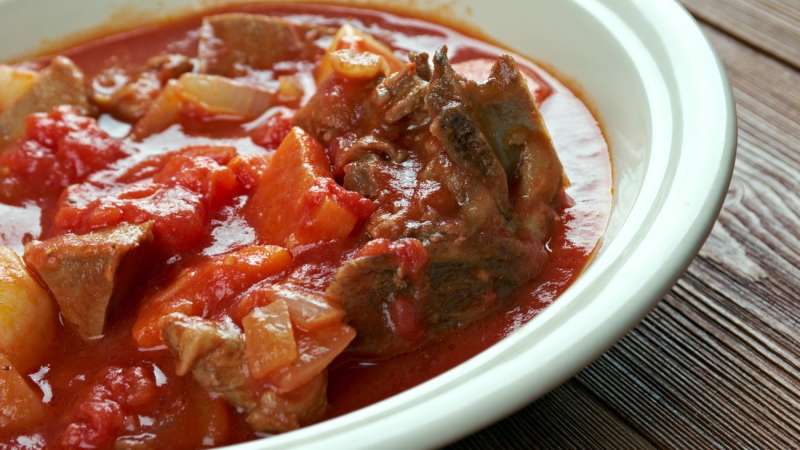 Another popular South African lamb dish is denningvleis. This sweet and sour lamb stew is a Cape Malay delicacy. The word “denning” in the dish’s name suggests that it was originally made with water buffalo, but now its most frequently made with mutton or stewing lamb.

A good dish of denningvleis should be deep brown in color. It’s made with thick tamarind paste and sometimes treacle or molasses, which gives it a remarkable depth of flavor and sweetness that plays off the other spices. It can be served with turmeric-spiced rice, mashed potatoes, or any other vegetable side.

In the past, it was cooked outside on a potjie, a small cast-iron pot that sat over an open fire.

There are two South African pastries with remarkably similar names that both have their share of fans.

Koeksisters are traditional Afrikaner braided pastries that are deep-fried and glazed with honey syrup, leaving them with a sweet, sticky interior and crunchy exterior. Koe’sisters are sweet, cake-like dumplings that are also deep-fried, then rolled in coconut before serving. Their interior is densely cakey and they’re flavored with sweet spices like cardamom, anise, ginger, and cinnamon which complements the coconut exterior.

Both koeksisters and koe’sisters are extremely popular around South Africa. 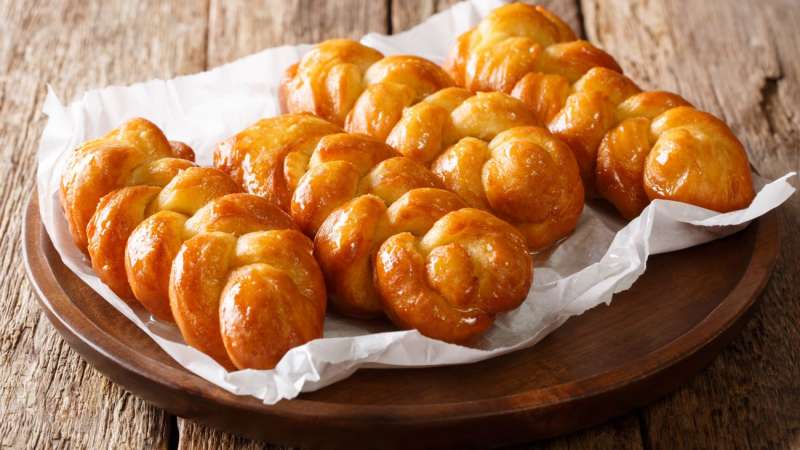 The marula tree, also called the Elephant tree or Marriage tree, is a native to South and West Africa and Madagascar. While its fruit isn’t typically eaten raw, it does have a popular commercial use as a flavoring for the South African cream liqueur Amarula.

Amarula can be found all over the world, but it’s extremely popular in South Africa. The combination of cream and marula fruit pulp gives the liquor a fruity, caramelized flavor. 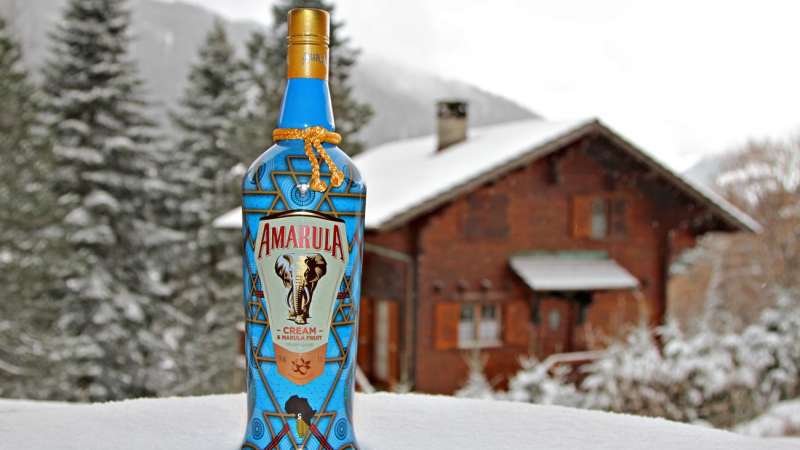 One of the most popular uses of Amarula liqueur is in a Springbokkie, a popular shooter made with crème de menthe and a float of Amarula.

Because of the different weights of the liquors, the Amarula remains distinct from the crème de menthe. Not only is this a visually impressive shot, it’s also extremely patriotic. The tan and green colors match the jerseys of South Africa’s national rugby team, the Springboks.

Springbokkies are typically found in college or sports bars. Plus, they are a great choice when you’re already drunk as the combination of peppermint and fruit cream definitely looks better than it tastes.

Rooibos tea is made from the leaves of the Rooibos plant, a native to the fynbos region of the South African Cape. The fynbos is an extremely biodiverse belt that’s home to thousands of unique species that can’t be found anywhere else on Earth.

Steeped in water, the leaves of the rooibos plant are drunk as a caffeine-free alternative to tea. Rooibos leaves taste sweet and herbal and are full of antioxidants. It’s typically drunk like black tea, with either a lemon slice or milk and sugar.

True rooibos tea can only be grown in South Africa. 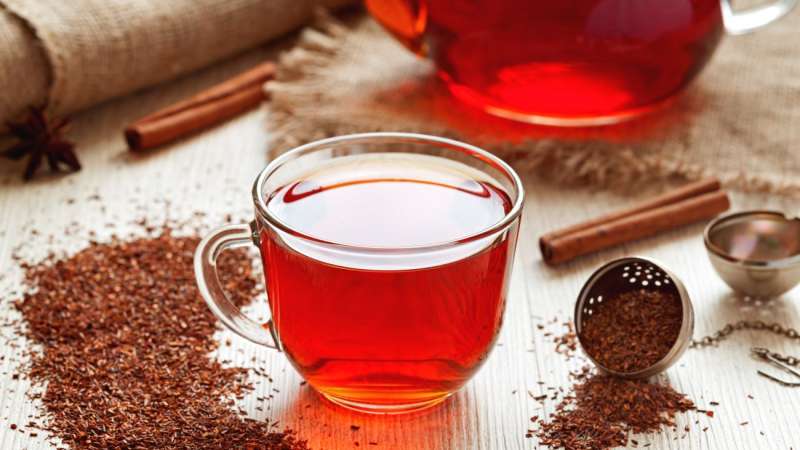