The cuisine of Spain has been heavily influenced by the many different regimes that have held power in the region over the centuries. Romans, Greeks, Visigoths, and Berbers have all influenced both the methods of preparation and the types of ingredients used.

If you’re visiting for the first time, it’s not hard to see that food has become a central part of everyday life. There’s even a specific Spanish word for the leisurely conversation that follows a meal. If you’re traveling through the country, take the time to get to know each region’s unique cuisine, and use this list to help you find your ideal meal.

One of the most well-known foods exported from Spain is jamón Ibérico – a type of cured meat made from Ibérico pigs, a native Spanish species. The pigs are kept on farms, where they’re fed regular corn and grain, or left to forage for acorns. These acorn-fed pigs are marketed under the name jamón Ibérico de bellota and their meat can be sold for twice as much as regular Ibérico ham.

Jamón Ibérico is made from the pigs’ legs, which is air cured for two to four years. When served in a restaurant, jamón Ibérico is usually served in paper-thin slices on slightly warmed plates, so that the fat begins to soften. 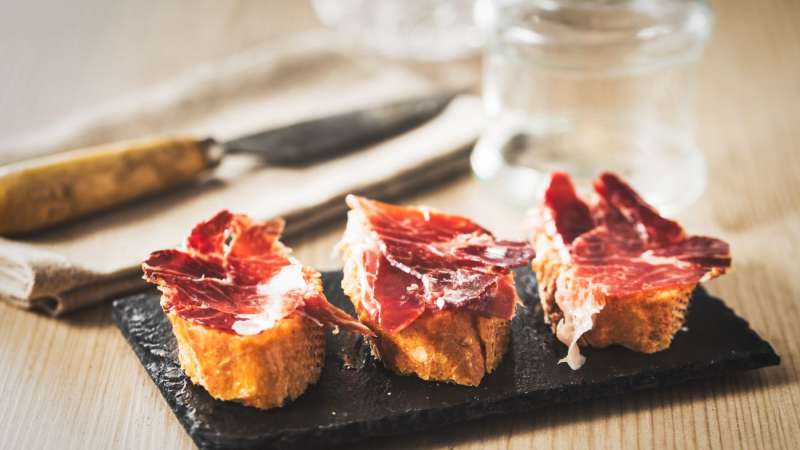 When these special Ibérico pigs are slaughtered, one of the first products made, before the jamón Ibérico is even close to being ready, is morcilla sausage. Morcilla sausage is usually made immediately following the slaughter of the pig while the blood is still fresh. The blood and fat are mixed with onions and olive oil, then funneled into casings and stored away.

Different regions in Spain have their own methods of producing morcilla. Some add ingredients like potatoes, pine nuts, or almonds. Morcilla is usually eaten in small chunks, which are fried in olive oil and served with bread. 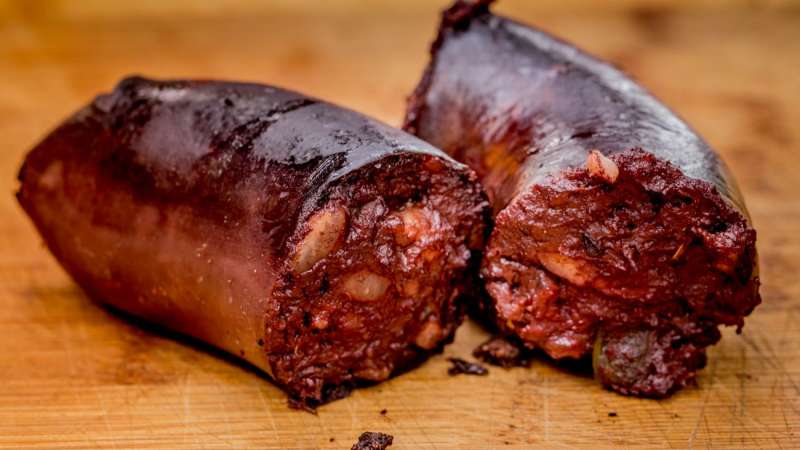 Jamón (ham) is such a key part of Spanish cuisine that it appears in many different dishes. One of the most popular dishes to make with leftover jamón are croquetas – tiny fritters that are made with pieces of jamón suspended in a creamy gravy.

The croquetas are fried, and are generally served as part of a tapas spread. If you’re not a fan of ham, you can find these made with diced chicken or even vegetables, but croquetas with jamón serrano are the most traditional option. 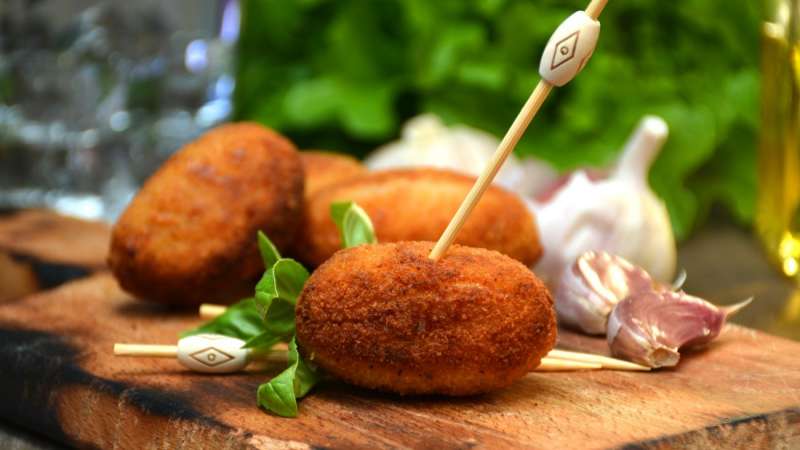