Sandwiched between France, Italy, and Germany, Switzerland has long been a country accustomed to living in multiple worlds. Many people speak more than one language, although having a diverse background and still referring to oneself as “Swiss” first is common.

It’s one of the most developed countries in the world, and there are tons of food options throughout the major cities, but the cuisine that most people end up going back to time and again are Swiss classics based on simple, hearty ingredients like potatoes, cheese, and meat. Each of the 26 different regions, or cantons, across Switzerland has their own culinary history, and regional dishes that have remained local favorites.

Today, we’ll introduce you to the most international dishes from Switzerland and tell you where you can go to get them.

One of the world’s healthiest breakfast foods comes from Switzerland. Bircher muesli is named after its inventor, Dr. Maximilian Bircher-Benner, a pioneering nutritionist who tried to convince people that his proprietary mixture of grated apple, nuts, rolled oats, and seeds was healthier than the white bread and butter that they had been eating at the start of every meal.

While the Swiss embraced the doctor’s bircher muesli wholeheartedly, it never really caught on as an appetizer. It remains a Swiss breakfast staple to this day. 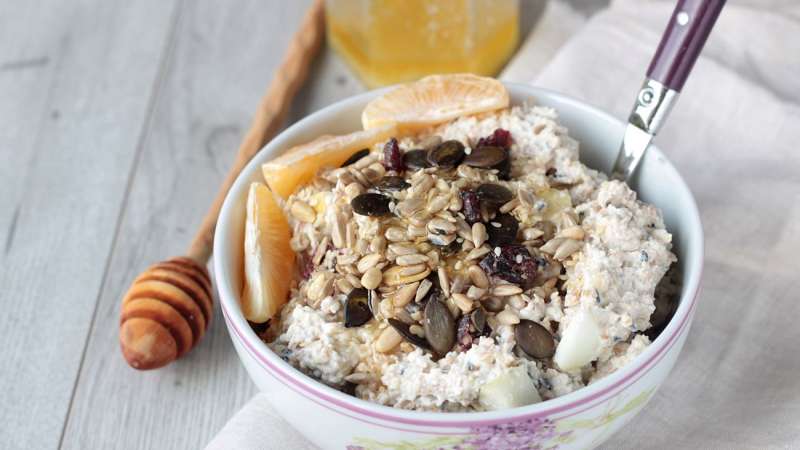 Another popular Swiss breakfast dish for days when you’re feeling like you want something warm and hearty is rösti. Rösti is a potato pancake made with grated raw or cooked potato, fried in a pan with a hearty amount of oil until the outside is crisp and the inside is soft. Rösti topped with spinat und spiegelei — spinach and sunny-side up eggs — is a common breakfast in Switzerland.

Rösti was first eaten by farmers in the canton of Bern. The simple, hearty dish was filling and easy to prepare, and soon chefs all around the country adapted the dish for their customers. It’s common to find additions like herbs, bacon, or apples depending on where you’re eating it. 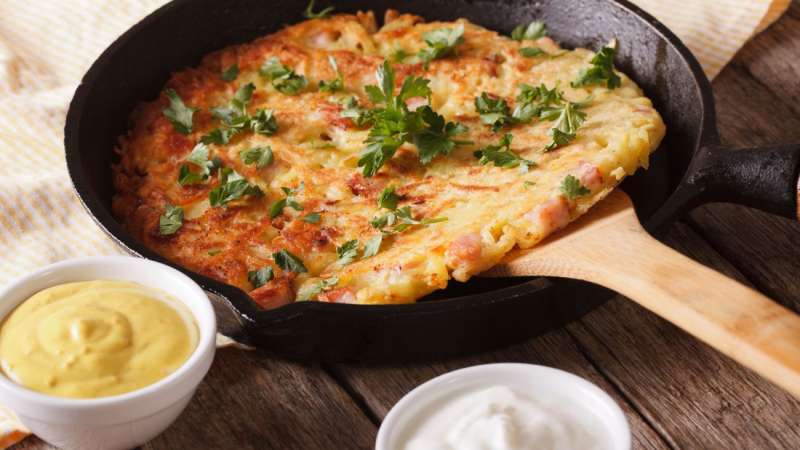 A raclette dinner is one of the most quintessentially Swiss meals of all time and has been a popular culinary tradition for centuries. Raclette cheese is native to the Alpine region and was always formed into wheels, so it was easy for farmers and shepherds to carry around. This led to the tradition of workers placing it next to the fire each night and scraping the melted part on to slices of bread for a quick, hearty meal.

Many Swiss chefs maintain that an open fire is the only way to melt raclette, and large raclette dinners are popular in the winter time. Wedges of raclette are placed next to a flame, and as the cheese melts, it’s scraped off on to bread or boiled potatoes, and eaten accompanied by cold meats and gherkins, washed down with Swiss white wine. 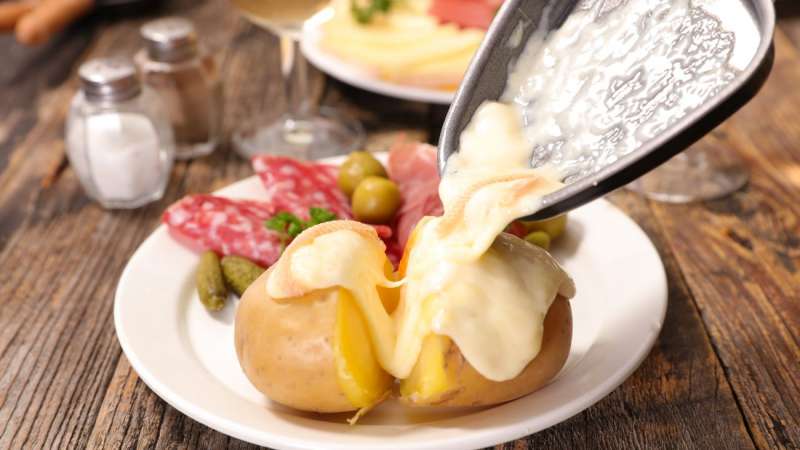