Southern cooking is one of the most popular and beloved U.S. cuisines. It’s made us famous not only for its indulgence and excess, but also for its delicious ingredients that draw on the many cultures that have passed through the region since settlers first arrived on the continent. Each state, region, and ethnic group has its own specialties, and we’ve compiled a list of some of the best dishes from the southeastern states. From Creole cuisine to Low Country and Appalachian cooking techniques, these dishes reflect the tastes of the southeastern United States.

Biscuits and gravy are Southern cooking at its finest. There are tons of ways to make biscuits and gravy, a delicious dish that makes use of leftovers to create a filling and cheap meal. Essentially, it’s just large, fluffy biscuits split in half and covered in gravy. The type of gravy depends on both region, and taste – sawmill gravy is common and doesn’t require any meat, just pan drippings, milk, and flour. If you want to add chopped meat like sausage or bacon, or even scrambled eggs, a meat or egg gravy is even more filling. 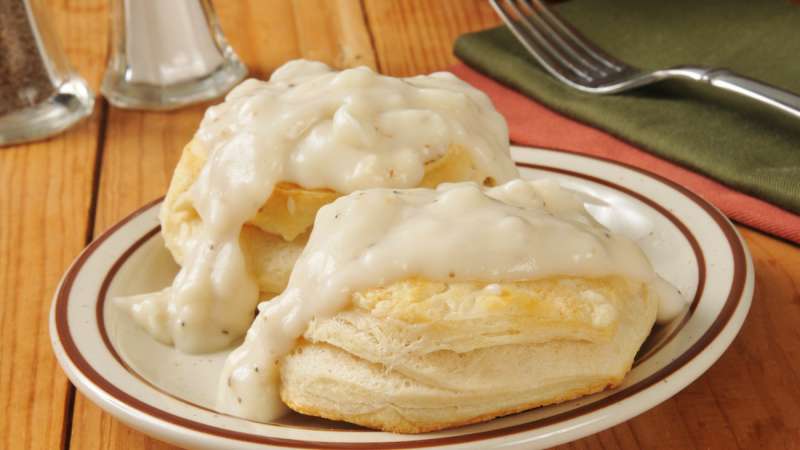