This dish is so popular it even inspired the title of a movie. Fried green tomatoes are ingenuity at its finest – instead of getting rid of tomatoes that never ripened, green tomatoes are battered in buttermilk or beaten egg, dredged in cornmeal, and shallow-fried. During the frying process, the astringent green tomatoes turn soft and sweet inside a deliciously golden, crisp crust. In Creole cuisine, they’re often served with shrimp remoulade, but in other Southern cities they’re most often found with a side of pepper vinegar for dipping. 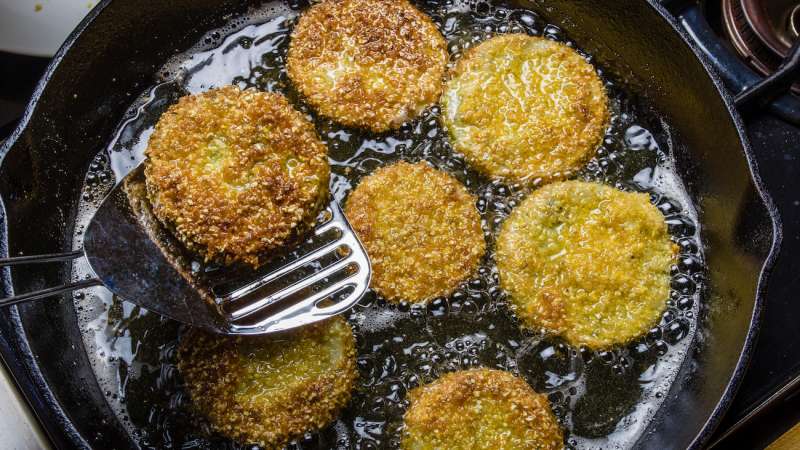 The origin of corn pone is much debated – for some, it’s almost identical to cornbread, while for others, the two are completely different entities. Corn pone, unlike cornbread, was a staple for soldiers during the Civil War made with cornmeal, water, and salt. It could be cooked in a cast iron skillet over any fire. Although modern corn pone can be made with more indulgent ingredients like milk or butter, the original recipe was simple and made do with the ingredients the chef happened to have on hand.

This dish of black eyed peas, greens, rice, and pork is thought to bring good luck if eaten on New Year’s Day. The peas symbolize coins while the greens, which are the color of money, bring even more luck. There are many different variations on this dish – cooks can use bacon, ham hock, or sausage, and the greens can be anything delicious that will stand up to steaming, like collard greens, cabbage, or kale. Hoppin’ John is usually served with cornbread on New Year’s Day, and if there are leftovers, eating them the next day is thought to demonstrate your frugality (which brings you even more luck in the coming year). 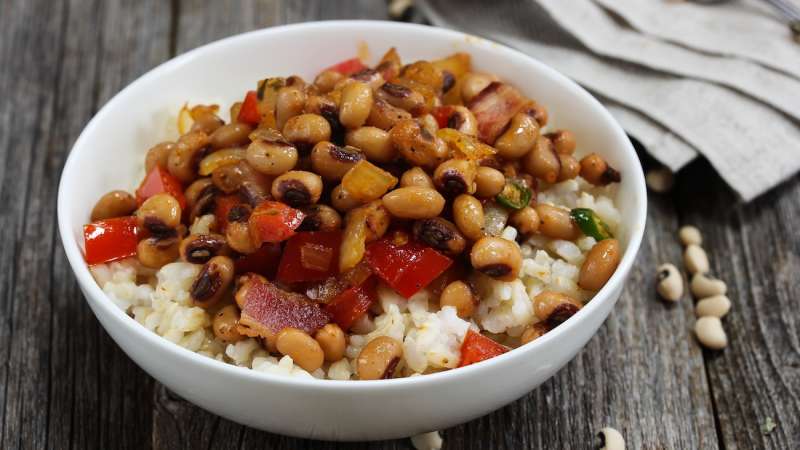