When it comes to travel and holidays, most tourists seek adventure, beautiful surroundings, and interesting attractions. Plus, everyone definitely wants to visit spots with happy and welcoming citizens.

This year’s report ranked 156 countries based on levels of happiness. For the first time ever, immigrant happiness was a key variable for the 2018 report. Countries were ranked from data figures via surveys.

So which countries were the most content this year? Below are the top 10 happiest nations around the globe, according to the 2018 World Happiness Report.

The land “Down Under” comes in at 10th when it comes to the 2018 World Happiness Report. While it did drop down one level from its ninth spot in 2017, it’s questionable if the country is any less happy than it was last year.

The beauty within the nation’s natural surroundings — which include the Great Barrier Reef, incredible beaches, and warm temperatures — continues to make Australia one of the most pleasant countries to visit.

While the top 10 has generally been dominated by European countries in the past, the 2018 report has a total of five Nordic nations on it this year. The first of which being Sweden at ninth, up one spot from 2017.

While the Nordic countries pay higher taxes, the support offered to the public clearly provides a better quality of life. Universal education and free health care offer a tremendous amount of happiness in Sweden. Plus, the country is home to Stockholm, one of the loveliest cities in all of Scandinavia.

New Zealand did not budge one inch this year. Once again, the country comes in at eighth.

From beautiful landscapes and unique wildlife to adventurous attractions and a wide variety of culinary options, it’s easy to see why New Zealand consistently ranks so high.

South Park may continue to “blame Canada” for everything that goes wrong within their show. However, the truth is this nation consistently ranks high when it comes to happiness. It could be the nation’s laidback lifestyle, high life expectancy, or natural resources.

At least, Canada is fairing much better than their neighbors to the south.

Sadly, the United States of America is dropping fast. In 2018, the USA ranks 18th, down four places from being 14th in 2017. Jeffrey D. Sachs, the report’s co-editor, notes the country’s downfall around happiness is partly linked to epidemics of substance abuse, untreated depression, and obesity.

Don’t feel too bad for the Netherlands. Even though the country fell from their all-time high of fourth in 2013, they consistently land in the top.

Why is everyone so happy in the Netherlands? Perhaps, it’s their liberal policies, the beautiful aesthetics of the nation, or their unique bike culture that dominates the streets. Isn’t everyone always happier when riding a bike on a bright and sunny day?

Switzerland has fallen quite a bit since earning the number one spot in 2015. Still, fifth isn’t too shabby.

The country remains content thanks to their beautiful natural surroundings, high life expectancy numbers, and the fact that most of all their citizens can understand each other. Multilingualism rules Switzerland with residents fluent in English, French, and German.

The Nordic nations continue to dominate happiness across the globe as Iceland lands in fourth place.

Although it’s down one spot from last year, the people of Iceland aren’t too concerned. When your country has free health care, low-income tax, and free higher education for all, you can’t help but feel happy.

Besides ranking high in the World Happiness Report, that’s not the only honor that Iceland has received as of late. In fact, the country has been named the most peaceful nation on Earth by the Global Peace Index since 2008.

Denmark has been slipping. The country earned the number one in 2016, then second place in 2017, and now third. Still, it is quite an accomplishment to land in the top three, three years in a row.

Norway has experienced a bit of a rollercoaster ride when it comes to the World Happiness Report. It was fourth in 2016, first last year, and down to one spot this year.

Why are the people of Norway so happy? Well, living in one of the most beautiful countries in Europe doesn’t hurt one bit. Moreover, Norway ranks high when it comes to gender equality and social capital.

While Finland hit the fifth spot last year, the country is happily celebrating its number one place on the 2018 World Happiness Report.

Could the country thank its spot in first to low-ranking threat levels? Perhaps, it’s all the green residents see each day since the country has the most forests per square mile within Europe? It’s most likely all the above, plus the happiness consistency between locally born residents and immigrants. With a population of 5.5 million, Finland has approximately 370,000 foreign residents who seem over-the-moon to be living in such an incredible nation. 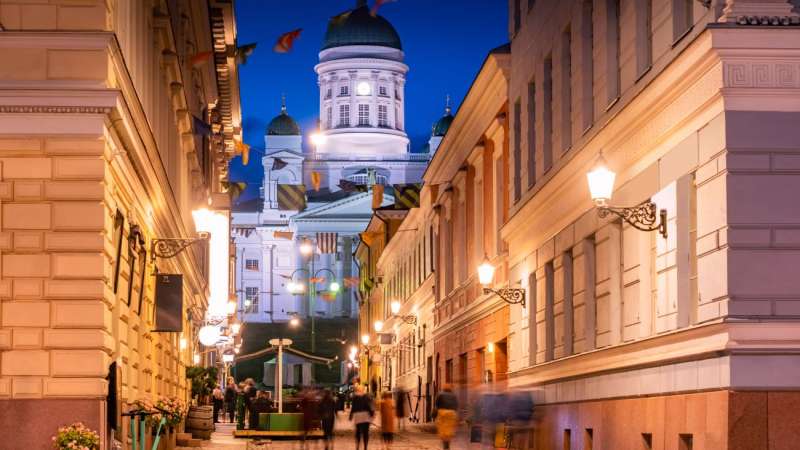