Loy Krathong: Another Day, Another Internationally Famous Holiday in Thailand

I’ve always found the idea of holidays in other countries as vacation activities a little odd. Obviously it makes sense as a prime opportunity to experience another culture and its heritage, a reason a lot of people travel, but more often than not, the customs and traditions become nothing more than neglected backdrops in our selfies and lazy hashtags in our quest for more followers.

This is on prime display in the traveler haven of Southeast Asia. When it comes to popularity among foreigners, Loy Krathong is second only to Thailand’s waterfight holiday of Songkran. If you’ve ever seen a Thai river packed with thousands of floating, multicolored flower arrangements, or a night sky lit as bright as day with paper lanterns, here is a brief introduction to what it all meant. 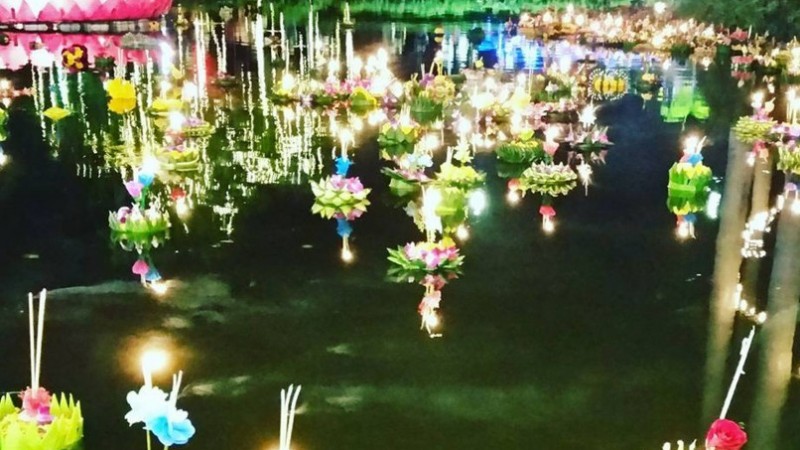 The lovely holiday of Loy Krathong falls on the full moon of the 12th lunar month. Literally translating to “float basket,” this Buddhist holiday centers around the idea of releasing one’s negative feelings, actions and transgressions. Some of the more devout point out that it’s a celebration of the Goddess of Water, but most consider it a general Buddhist celebration for “starting fresh.”