Sleeping With the Elephants: an Unforgettable Camping Trip in Thailand

Camping has always been about “getting away from it all.” As if moving to southeast Asia wasn’t away enough, it was only months into my time here that I felt compelled to find the next place to pitch a tent.

Based on my early judgments of the country and its people, I didn’t expect Thailand to have the caliber of camping that I had grown accustomed to in my Evergreen State of Oregon. Not that I assumed Thai people were “too good” for camping; to the contrary, I didn’t see how they could find enjoyment in the closeness with nature and the seemingly silly decision to sleep on the ground when such an unfortunately large number of them didn’t have any choice but to live that way already. My adventure in Khao Yai national park proved me very wrong. 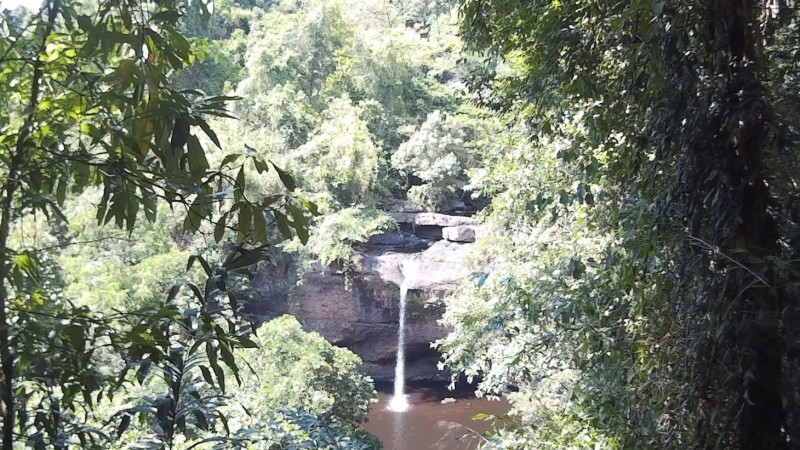 The decision to attempt a camping trip grew out of a conversation with another English teacher working in a rural town, looking to get some space from the extended family vibe of our communities. There are several national parks within the country’s borders, but Khao Yai (which translates to “Mountain(s) Big”) is by far the biggest and the most accommodating for staying longer than a day.

My friend was fortunate enough to only be about an hour’s drive from the park and drove her scooter there after school on the Friday we had agreed to meet. My journey was a much more difficult four hour bus ride, and landed me just outside the park after the gates had closed. At 11pm, with no pre-paid credit left on my burner phone, I felt like MacGyver without a paperclip. There were simply no options and I begrudgingly checked in to the nearest dive hotel and crashed until morning. 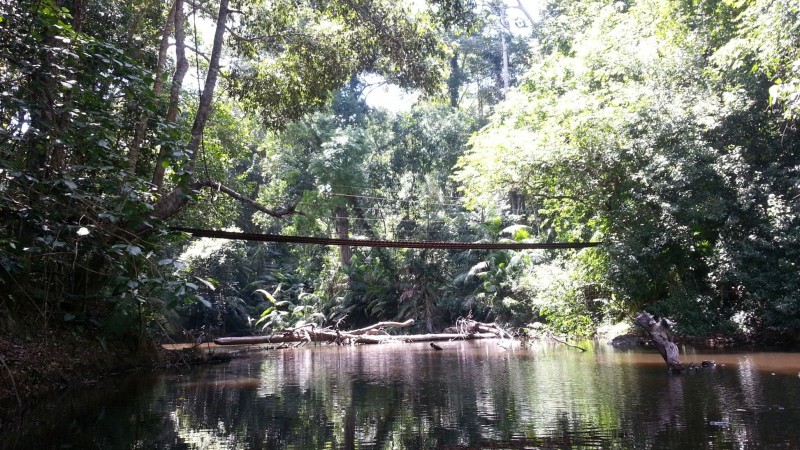 An American Hitchhiker in Thailand

I woke up early to check out and pay my way into the park. At 2,200 square kilometers, and with no park transportation, getting to my campsite wasn’t a challenge that I was properly prepared for. Fortunately, after hitchhiking route 66 from Chicago to Los Angeles back home, I had the secret weapons of a lucky thumb and a disarming smile. I wasn’t sure how Thais would react to seeing a gangly white boy asking for a free ride, or if my hitching gesture was as universal as I was hoping, but it didn’t take long to find out—less than five minutes into the park and I was picked up. 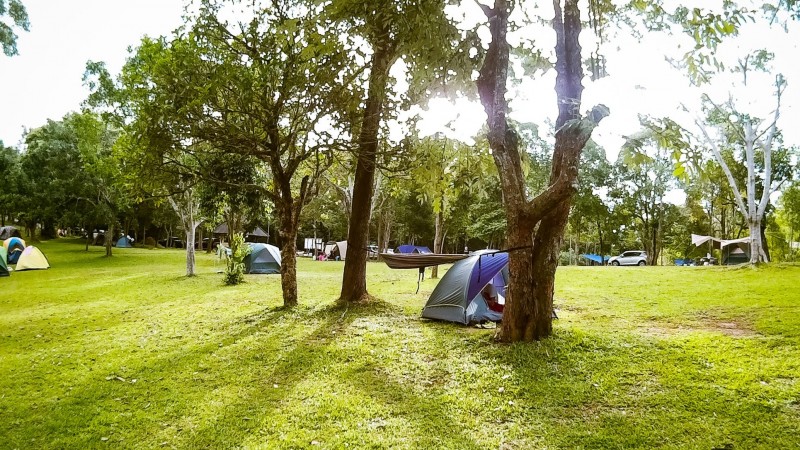 The owners of the four door pickup truck were a middle-aged couple who were kind enough to pretend they understood my Thai. Like so many I would come to encounter during my time here, they wanted to express their appreciation to me for coming to Thailand and for teaching English. I did the best I could to assure them that their country was doing far more for me than vice versa, and we passed the brief car ride exchanging linguistic lessons.

A Lesson in Thai Fashion

I got to the campsite and was pleasantly surprised by the lack of marked or prefabricated plots. My colleague told me that she had rented a tent and two sleeping pads for ten dollars and was told she could set up our site wherever she liked as long as it was still within sight of the small ranger office. This was better than some of the wired, concrete lots that were claimed as camping spots back home. It was 10am, the sun was out and I was eager to enjoy as much of the weekend as possible, so I dropped my bags and we headed for the nearest waterfall hiking trail. 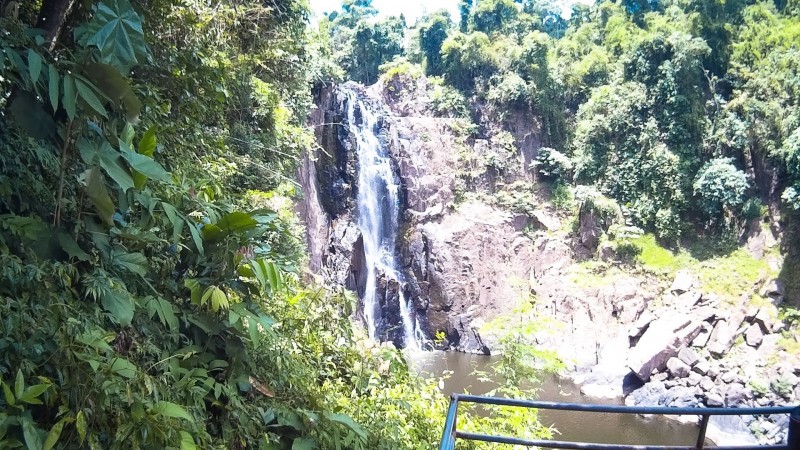 My traveling companion and I didn’t realize the trail we picked led to a waterfall that was used to film a scene in the country’s favorite western film The Beach, but by the time we finished the humid jungle hike, we were a little too preoccupied to care. At the time I may have considered myself an experienced outdoorsman, but I didn’t realize how limited my expertise truly was.