Those who travel internationally by choice and for pleasure are all looking for variations of the same thing: new and foreign experiences that will, in some way or another, take them out of their daily routine.

Did Aunt Bessie vacation at an all-inclusive resort, never once leaving the hotel property? Yes. But she wouldn’t travel to another hemisphere just for luxury and convenience; those things can be found within the borders of almost anyone’s home country. Even those flocking to beachfront boutique hotels, paying to be waited on hand and foot, are looking for something unique to brag about at their high school reunion or annual office picnic. 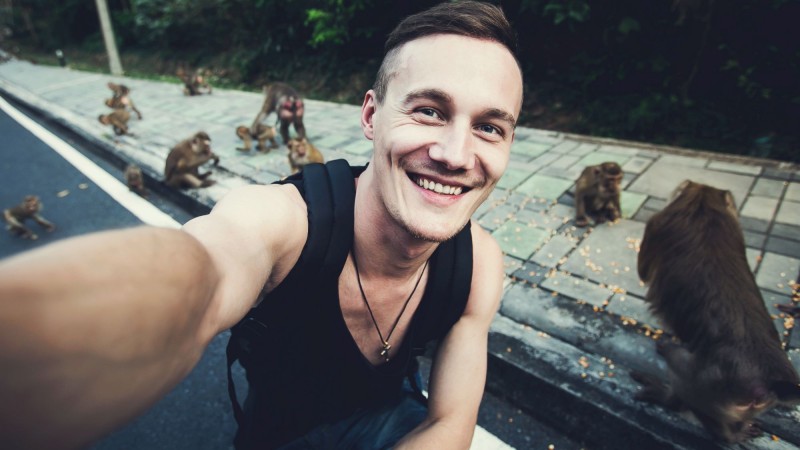 Some would say that the “edgier” and more fearless travelers have easier access to such experiences, but like anything that gives pleasure, the effects weaken and fade over time. By the end of several months in Southeast Asia, the “weirdness” was fading and I was getting comfortable. I got hired as an English teacher and asked to be placed in a rural and remote part of the country, seeking the rush of being a stranger in a strange land that months of sleeping in dingy hostels with equally dingy dreadlocked Rastafarians had dulled for me.

Rural Thailand (known as Isaan) would have dumped a frigid monsoon on my increasingly cozy comfort zone—if a military coup hadn’t taken place during the second week of my teaching placement. 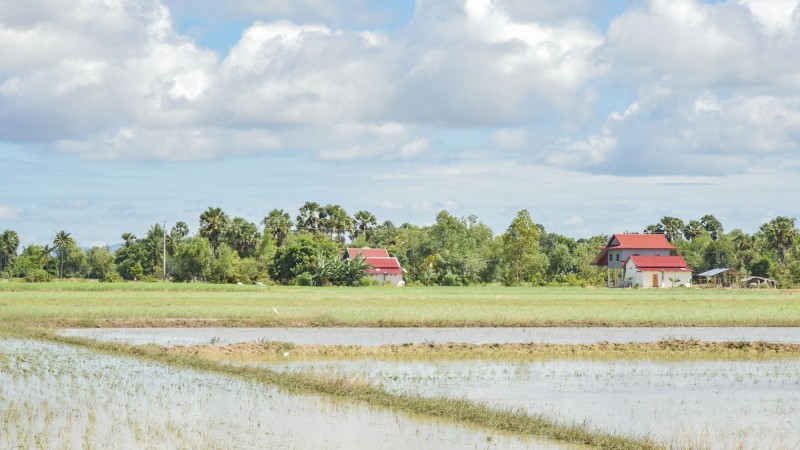 A Little Different Than the Movies

In the interest of full disclosure, the coup didn’t happen like the Hollywood visions that depict soldiers marching on capital cities to the tune of dramatic orchestral pieces. There had been weeks of increasingly tense protests and demonstrations between the two political parties. There were even leaked press releases about national curfews and internet censures. Nonetheless, one day, like the head of the household at an overwrought Thanksgiving dinner, the military leader showed up on everyone’s TVs and told them to sit down and shut up.

For the first couple days, not a lot changed. I frantically hit refresh on my news sites and expat twitter feeds, but otherwise I drove my moped to school, struggled through endless renditions of “Head, Shoulders, Knees and Toes,” and ate the bugs and raw meats served to me as dinner by doting neighbors. 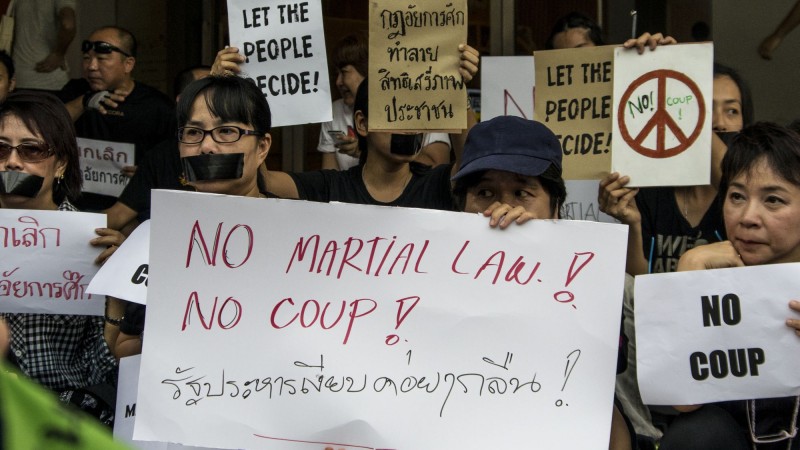 On the second or third night I was sitting in a covered pavilion in the parking lot of my apartment, drinking Thai trench water — sorry, rice whiskey — with some fourth year high school dropouts (don’t judge me, I was “teaching”). We were Google translating our way through whatever it is that teenage boys usually talk about, when a couple of them got phone calls and texts. POOF. They were gone.

The way they scattered, I thought the cops had showed up to bust them for underage drinking. (Enforcing underage drinking in Thailand? That’s hilarious.) As I was taping the lid back onto our two dollar bottle of hooch, my phone started ringing. I answered.

“Ryan, the military has put a 10pm national curfew into effect and cancelled any government funded activity for the next few days. Please obey the curfew and we’ll see you at school next week,” one of my Thai co-teachers explained. 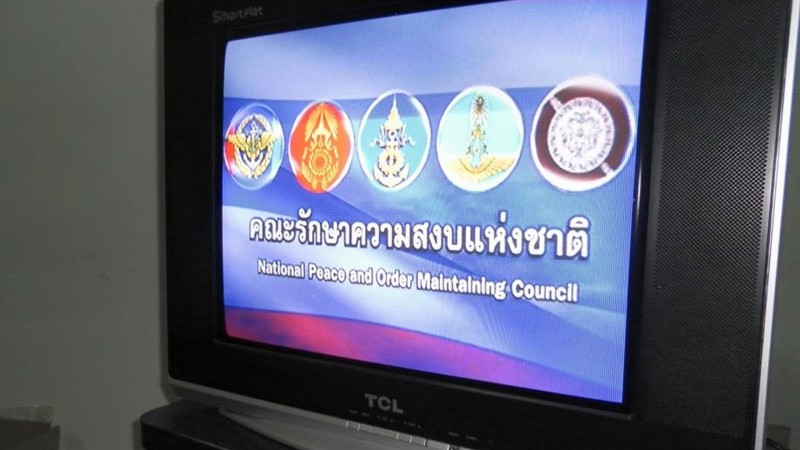 Life Outside the Comfort Zone

Thus far, I’ve neglected to mention just how remote my situation was. I was the only Caucasian teacher within at least an hour and my town had approximately 10,000 people living in it. The rest of that night consisted of sitting in front of my computer either making jokes about our three-day weekend with fellow teachers or calming the nerves of frantic relatives on the other side of the globe.

I had friends in more urban areas who were personally escorted home by armed military personnel, and if I’m totally honest, I think a part of me was jealous of them. I have to admit that I relished that night, feeling like I’d won, like I’d found that elusive cultural experience that anyone who has ever had their passport stamped is looking for. 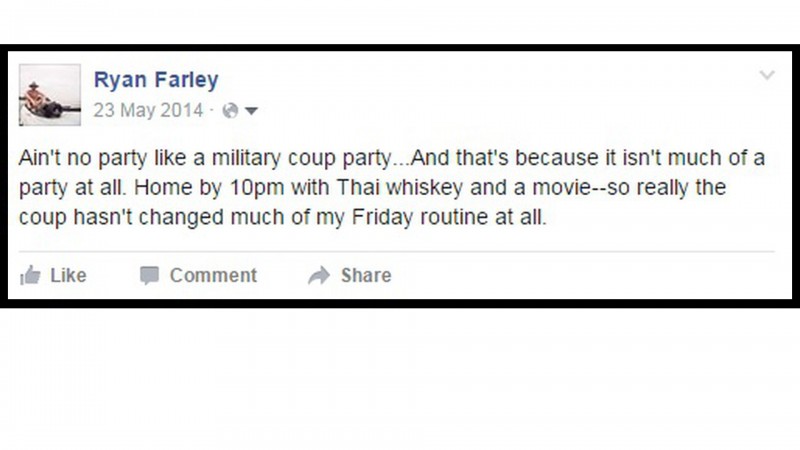 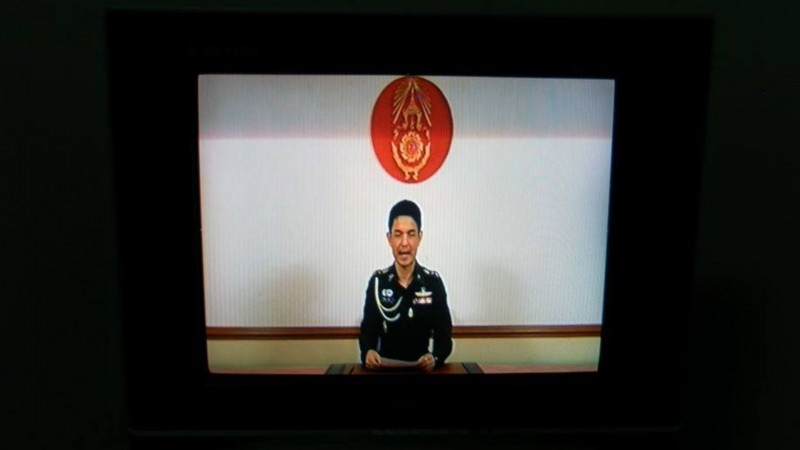 Looking back now, I think I value something else even more than those moments. Over the weeks and months that followed, I had my entire perspective changed about what took place, and continues to take place, under the current military junta.

Thailand is, for lack of a wittier way to say it…different. Very few westerners would ever admit that a place can be safer during a military government takeover. However, I think the most successful travelers, the ones that get the most out of their experiences, are the ones that don’t bring stories to their neighborhood potlucks. They bring new and diverse perceptions of the world.

Starting sometime after that 10pm curfew went in to effect, I began a never-ending lesson in changing the way I think—there’s a lot of space outside that comfort zone you live in, and the rules are different out there.