While we all have the best of intentions when it comes to seeing new and exciting places, truth is, sometimes life doesn’t cooperate as much as our imaginations do.

No need to fret! You can still globe-trot without spending a fortune. Simply grab the remote as traveling the world is a mere click away.

So, settle into your favorite chair, grab a snack, and enjoy the ride. Below are 10 of the best travel shows on TV.

Slide your backpacks on and get ready for an adventure. Departures follows two friends backpacking their way around the world.

Produced in Canada, high school chums Justin Lukach and Scott Wilson — along with Andre Dupuis on-camera — travel to different places around the globe. The show is more about the journey rather than the destination. Due to that focus, it has an unscripted feel.

Travel Man is a light and funny show. Each episode, host Richard Ayoade teams up with a different celebrity. The two visit a different holiday destination in Europe for 48 hours at a time. As they try to maximize their time in each destination, comedy ensues.

What makes Travel Man such a riveting watch is Ayoade’s unique brand of comedy. Ayoade plays off each guest perfectly as the straight man to their diverse personalities.

One day, actors Charlie Boorman and Ewan McGregor decided to ride their motorcycles from London to New York City. The result of this ridiculous road trip is a 10 episode series called Long Way Round.

Journeying across Europe, Asia, and North America, Boorman and McGregor get into some wild circumstances. One standout moment sees the friends a Ukrainian mob boss. Said mob boss plays them a ditty on his guitar before showing them his AK-47.

If you enjoy Long Way Round, we recommend watching Long Way Down. This series follows Boorman and McGregor’s motorcycle trip from the northmost tip of Scotland to the southernmost tip of South Africa.

Although he’s mostly known for being a part of the Monty Python comedy troupe, Michael Palin had a successful career as a travel writer. In fact, Palin’s writing led him to produce several travel documentaries with the BBC and Channel 5. Dating all the way back to 1988 and as recent as 2018.

While some series may be outdated, the romantic feeling some have around travel is showcased to perfection. Viewers can re-live some fascinating historical experiences. For instance, Palin visiting the Eastern European nations after the fall of the Berlin Wall.

Looking for a little magic in your TV travel shows? Magician Adam Trent has the solution for you.

Available on Red Bull TV, The Road Trick follows Trent as he hits the road to showcase his magical talents to anyone he encounters. Interestingly enough, Road Trick doesn’t profile the main sights at each destination. Instead, Trent highlights places that are rarely seen or caught on camera.

While the show is fun due to its travel nature, the reaction that people get from Trent’s magic tricks is priceless.

One of the best things when it comes to traveling is food, which makes Gordon’s Great Escape such an interesting concept for a travel show.

The show follows celebrity chef Gordon Ramsey as he travels across Southeast Asia. Ramsay’s goal is to master the region’s culinary techniques. He achieves this goal by profiling well-known chefs to locally established cooks.

Even better than the food showcased is the fact that Ramsey, who is generally arrogant and smug, is taken down a peg. As a first-time traveler to Asia, he is completely out of his comfort zone, which is a fascinating thing to see.

Karl Pilkington is someone who does not want to travel. In fact, he’d rather stay in the comfort of his own home. That resistance to travel makes Karl a surprising star of a show about traveling.

In An Idiot Aboard, show creators Ricky Gervais and Stephen Merchant haul Karl off to experience the unfamiliar cultures of the world. While some might be in awe of the adventures he embarks on, Karl seems less than amused.

Running for 31 seasons and counting, The Amazing Race challenges 11 teams to race across the globe. Stopping at a variety of destinations, each team must complete challenges to advance in the race. The first team to arrive at the finish line wins $1 million dollars and the bragging rights for their season.

The Amazing Race has won multiple Emmys over the years. That’s no surprise since the show is highly entertaining, funny, and tense. It has also been touted as an experience of a lifetime, with regular and everyday people joining seasons as well as quasi-celebrities and reality television-famed folk.

If you are one that loves to have a good cry while watching television, then you’ll want to catch The Kindness Diaries. Leon Logothetis uses kindness to replace money as he travels the world, which places him on some incredible adventures.

The thoughtful, nice, and polite nature Leon exhibits is a remarkable thing to watch. Despite what the news might saw, the series showcases that there are indeed still good people in this day and age.

The best of the best travel show list is simply not complete without including Anthony Bourdain: No Reservations. Nine seasons of incredible food, amazing destinations, and a captivating host make No Reservations an easy watch. 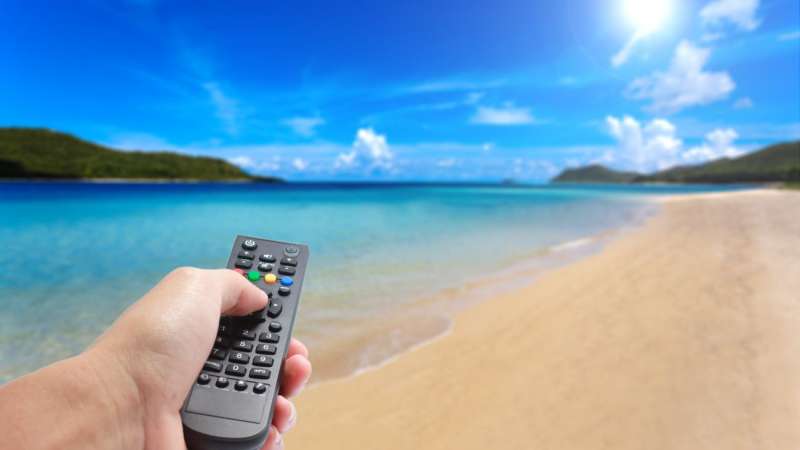