The 9 People You Meet in Airplane Hell

Flying may not be most people’s idea of a good time, but most of us wouldn’t describe it as hell – that is, unless you’re seated next to any of these people: 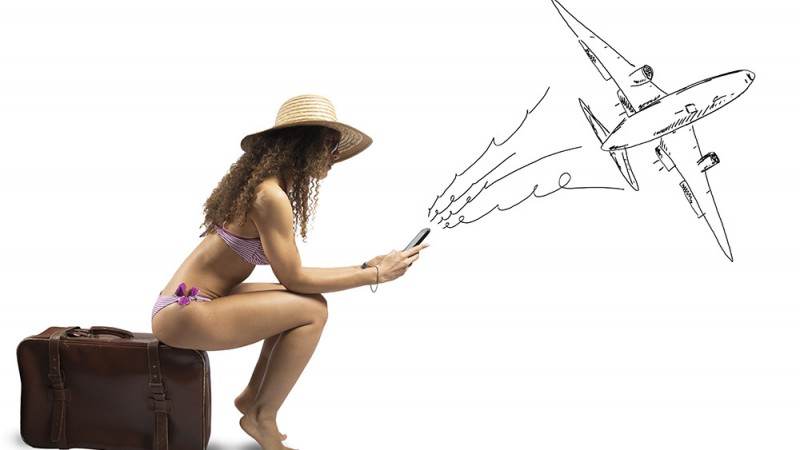 The Person With Too Much Exposed Skin

In the early days of commercial air travel, passengers got decked out in their Sunday best to ride in a plane. They also smoked cigarettes during flights and had the privilege of not being frisked by a stone-faced TSA officer. Times have changed.

These days, harried travelers aren’t expected to put on a blazer and slacks just to cram into a metal tube and remain there for several hours. In fact, we’d even go so far as to argue that when it comes to choosing a flight-day outfit, comfort should be priority one. Feel free to abandon pinchy jeans and itchy sweaters for the slovenly comforts of a clean hoodie, a pair of sweatpants, and one of those neck donut pillows. You have our permission.

That said, the Person With Too Much Exposed Skin, who you’ll meet in the first circle of Airplane Hell, has abandoned all sense of decorum. If you’re seated next to them, get ready to spend the next 5 hours with a hairy thigh all up in your personal space. Good luck trying to drift off to sleep to the soothing sounds of their sweaty back unsticking from the pleather seat over and over again. 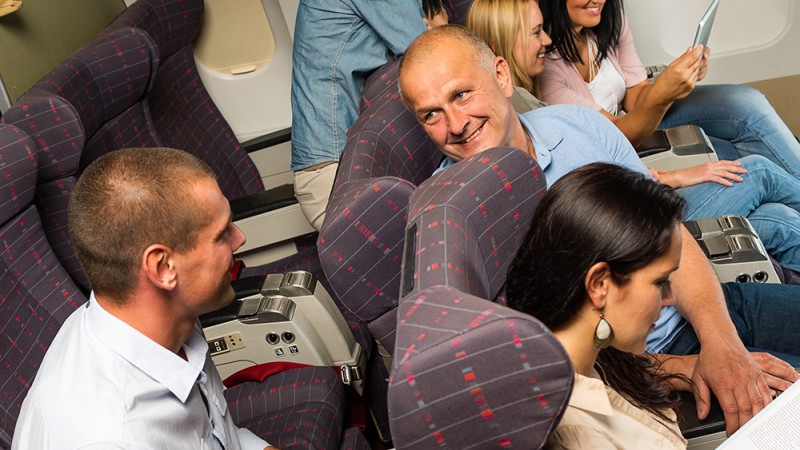 For whatever reason, this person didn’t manage to get a seat next to their traveling companions. Perhaps it was an oversight; perhaps it was a mistake; perhaps they’re traveling with an odd number of people and drew the short straw – but the Social Butterfly won’t let that stop them from getting some facetime with their pals.

If you’re sitting next to the Social Butterfly, keep your dukes up and be ready to deflect their elbow from your face as they contort wildly in their seat to chat up their buds behind you. If you’ve got a Social Butterfly in the row in front of you, we suggest maintaining hard eye contact every time they peek over or between the seats to talk to your seatmate.

The People Having a Debate About Seat Reclining

Person One says reclining your seat on an airplane is rude. Person Two says they paid for a seat that’s capable of reclining, and it’s their right to recline if they choose.

Person One says, but what if the person behind the recliner is tall? Their legs will be squished. Person Two says that person can recline as well.

Person One says, but what if the person behind is trying to use the tray to rest their snack or their laptop on? Person Two says they should’ve bought seats in business class.

Both have valid arguments, but that doesn’t mean they both don’t need to put a sock in it.