The Brink of Extinction: The Most Endangered Animals in the World

Nicknamed “the Asian unicorn,” the soala is a rarely seen forest-dwelling antelope-like creature that has the distinction of being the first mammal to have been discovered in 50 years when it was first sighted in 1992. Known for its distinctively long and straight double horns, the soala can be found in the Annamite Mountains of Vietnam and Laos and has only been captured on film a handful of times.

Due to their rarity, experts can’t say for sure how many soalas are left, but their population is thought to number anywhere between 70 and 700. While some soala have fallen prey to traps meant to catch wild boars and barking deer, many have been purposely hunted for their impressive horns. Urban development of the Annamite Mountains also threatens the soalas existence as more and more of their habitat is cut down to make way for housing and infrastructure.

The Soala, nicknamed the "Asian Unicorn", was recently seen in Vietnam for the first time in over 15 years! pic.twitter.com/lyI1p7hGoP

Like the orangutan, Sumatran elephants found in the tropical forests of Borneo and Sumatra are a casualty of the palm oil industry as expanding agriculture has greatly reduced their habitat and in turn, their population. Scientists upgraded their extinction status to critical in 2012 when it was found that half of the population of Sumatran elephants had been lost in a single generation.

Sumatran elephants play an important role in maintaining the delicate balance of the tropical forest ecosystem; not only do the elephants eat plants and redistribute the seeds through their excrement, but their existence affects a number of other threatened species including the Sumatran rhino, tiger, and orangutan. Scientists warn that urgent action is necessary in order to save the 2,800 remaining elephants and their fellow forest dwellers. 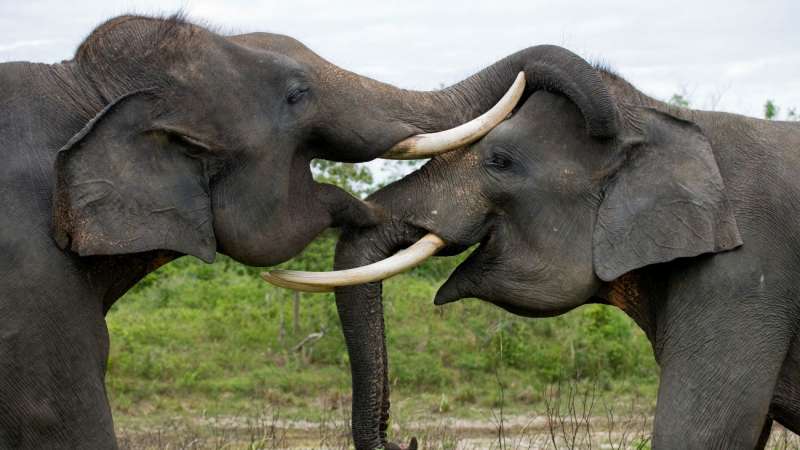