When Lee and I first arrived on the streets of Bangkok,

we were overwhelmed by the chaos that surrounded us – sizzling street food, honking horns, and crowded sidewalks. Everything was neon colored and every taxi driver and vendor shouted for our attention.

It took a while to get used to this constant barrage to the senses, but eventually as we spent more time in Bangkok and then traveled to Phuket, we started to feel a little more comfortable.

But perhaps we got a little too comfortable – as I’m pretty sure there was a night when we missed the obvious signs of something naughty disguised as something normal. 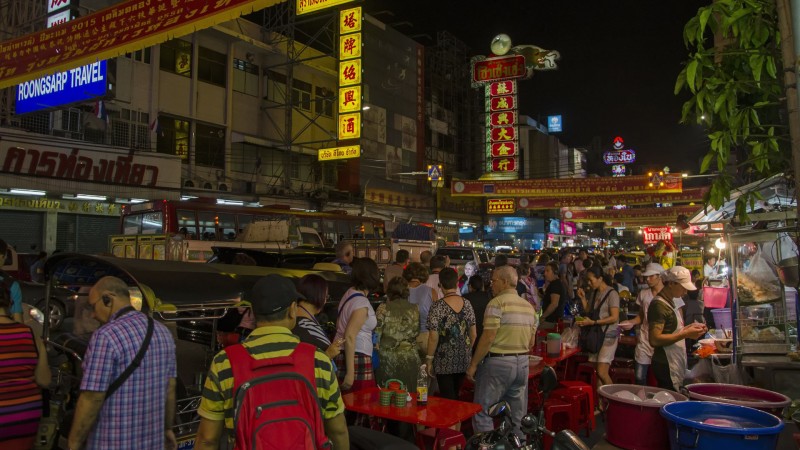 Sexual tourism is big business in Thailand and there are many “massage” parlors in which much more than a massage happens behind closed doors. It’s pretty obvious which massage parlors are legitimate and which are fronts for sexual services. We had gotten pretty good at spotting which businesses were seedy and which were not, but not on this night.

We were in Phuket and we were looking around for somewhere to eat dinner. We would often simply eat street food, which is cheap and fantastic in Thailand, but on this night, we wanted to sit in a restaurant away from the heat and chaos of the street. We had tried many of the restaurants near our hotel and we were wandering the streets, looking for something that was the right balance between affordable and appealing. 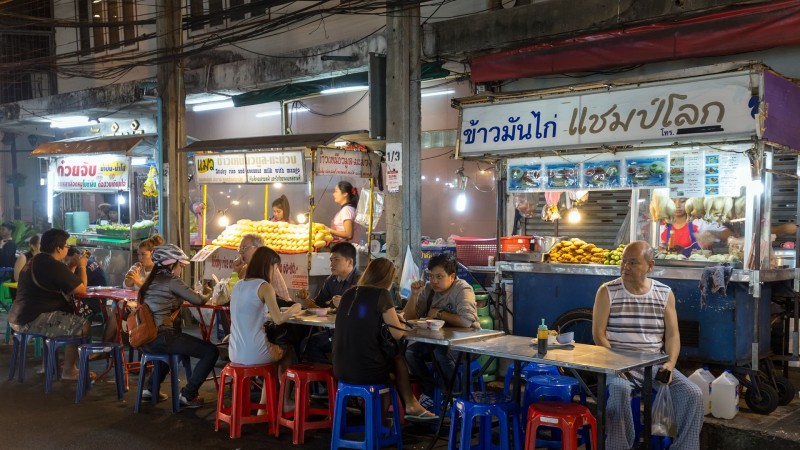 We stumbled across a restaurant with reasonable prices and a menu with a large selection, so we decided to give it a try.

What’s the worst that could happen, right?

When we entered the large and dimly lit restaurant we were greeted by the friendly waitress: a young, slender Thai woman wearing a very short dress. We were led to our table, but she seemed surprised when we started to order our food. After running to the back to check something, she took our order.