The World in Noodle Dishes

When you are feeling blue or coming down with a cold, usually the best relief can be found at the bottom of a bowl of delicious noodle soup. Nothing screams “comfort food” more than some slurpy noodles cooked in succulent broth, and topped with a few ingredients that let the simplicity of the dish do the talking. The same can also be said for flash fried noodles, tossed in a fiery wok so that the accompanying vegetables keep their crunch and you end up with a steaming plate of spicy goodness.

With this in mind, it is no surprise that noodle dishes have captured our hearts, and although many of them originated in Asia, they have found their way around the globe to tickle our taste buds. In its simplest form the noodle may be one of the humblest foods on the planet, but it is also one of the most versatile and the most delicious.

Wonton and noodles may just be one of the best food combinations since peanut butter and jelly. This dish is Cantonese in origin and is eaten all over China.

Wonton is the name for the dumplings that are used in this noodle soup. They are usually filled with shrimp or chicken, and come with a paper-thin casing, meaning they cook through while still remaining plump and juicy.

The wonton dumplings are then piled on top of egg noodles and covered in a delicious broth made from pork or chicken stock. To add a burst of color, leafy green vegetables are added to the mix. 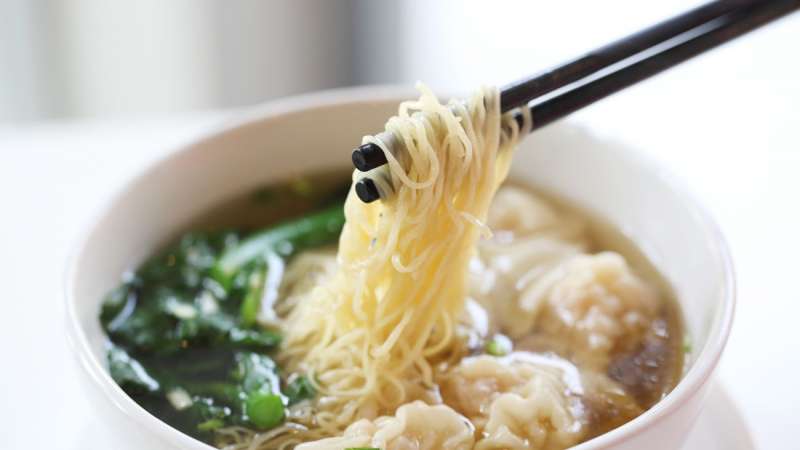 While saimin has its origins in China, it has become one of the most famous noodle dishes in Hawaii. The dish got its start when Chinese immigrants settled on the paradisiacal islands in the 1800s.

The base is made up of egg noodles and broth. Green onions are added to the dish and is topped with spam to give it the perfect Hawaiian twist. If you want to know just how popular saimin is in Hawaii then look no further than a local McDonalds — which serves it as part of their menu! 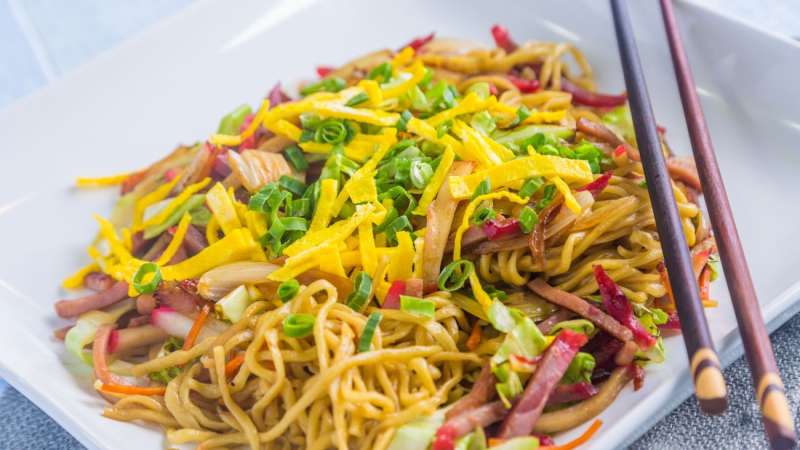 If you are feeling under the weather, then there is probably no better noodle dish to perk you up than the humble laksa. Eaten mainly in Indonesia, Malaysia, and Singapore, this noodle soup is made with egg or vermicelli rice noodles.

What makes laksa different from many other noodles soups in Asia is the addition of copious amounts of coconut milk and curry sauce, which gives it a silky consistency and a slightly sweet hit. Laksa can come in many forms, but it is often served topped with seafood, like shrimp or clams. 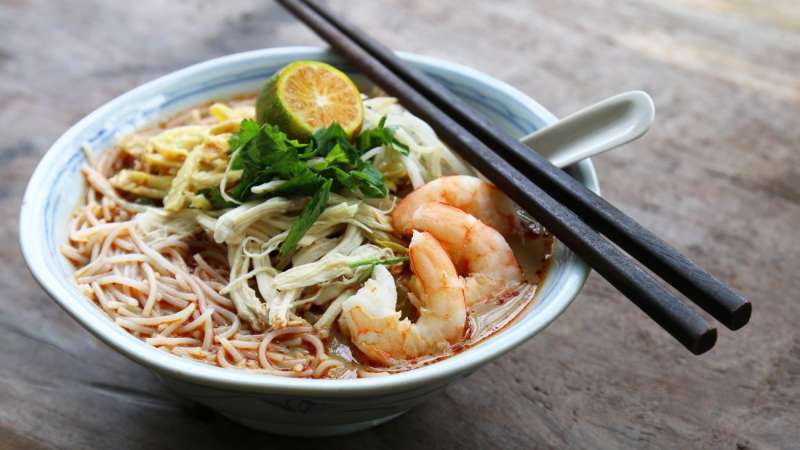