The World in Pie

Pie is much loved the world over, but we often think of it as a modern confection. Many people don’t realize, however, that pie dates from the time of ancient Egypt, so even Cleopatra and Tutankhamun might have snacked on these delicious filled pastries back in the day.

The reason that pie evolved in the days of old was for practical reasons. As more and more people started using primitive ovens or open fires to cook their food, they realized that meat would brown very quickly and the juices would make their final dish burn. To protect the ingredients from the heat, cooks decided to add a layer or two of doughy pastry. Originally, only the filling would be eaten and the pastry portion would often be thrown out, but somewhere along the way people realized how delicious it was to eat the entire pie.

Nowadays, pie is one of the most popular and versatile foods on the planet, and people the world over tuck into pie on a daily basis. From Europe to Asia, everyone it seems loves this flavorsome foodstuff, so join us as we take you through the world in pie!

Bobotie pie hails from South Africa and is so popular in the country that it is one of its national dishes. Bobotie pie is a savory pie that might sound a little strange to some taste buds. It consists of a motley mix of minced meat, dried fruit, and curry, and is served topped with crisp pastry.

The dish is thought to have originated when Cape Malay slaves were taken to South Africa. It has gone through several different incarnations over the years. The dried fruit was added with the arrival of the Dutch, and when India immigrants made it to South Africa, they introduced curry powder to the mix. 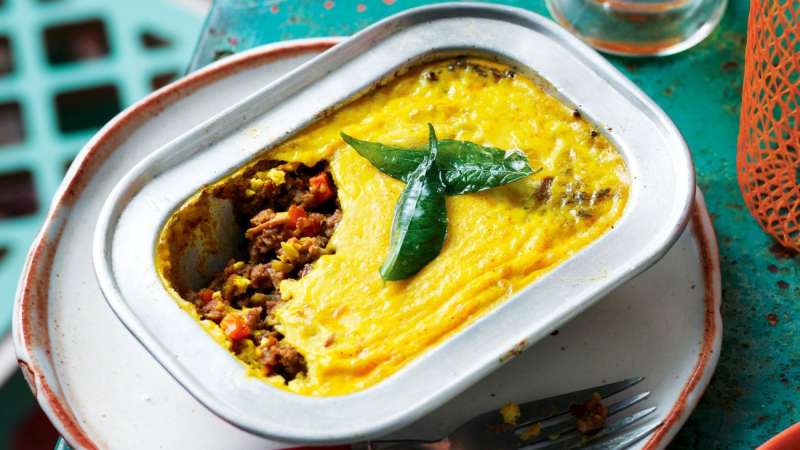 Key lime pie is really a chemistry lesson in a pie. This dish got its name from the key limes found all over the Florida Keys in the United States. They are considered to be slightly more sour and fragrant than Persian limes.

This sweet confection is made from key lime juice, mixed with egg yolks and condensed milk, which is then poured into a pie crust. When these ingredients are combined, they create a chemical reaction as the acid in the lime juice merges with the condensed milk and makes the mixture thicken naturally. For this reason, you actually don’t even need to bake a key lime pie, making it a great choice if you don’t have access to an oven. 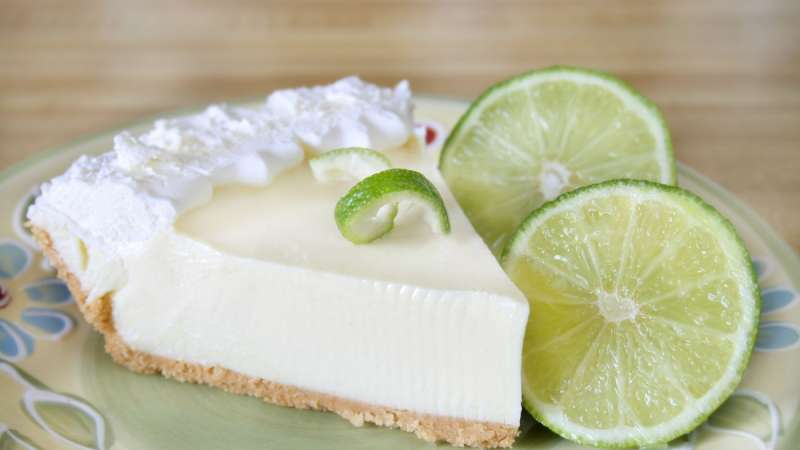 Spanakopita has a big name, but this is actually one of the dinkiest pies there is.

Hailing from Greece, spanakopita is made using chopped spinach which is mixed with scallions, feta cheese, and eggs. The creamy jade-green filling is wrapped in flaky filo pastry and then brushed with grassy olive oil before being baked in the shape of a triangle. Perfect for a quick Grecian snack on the go! 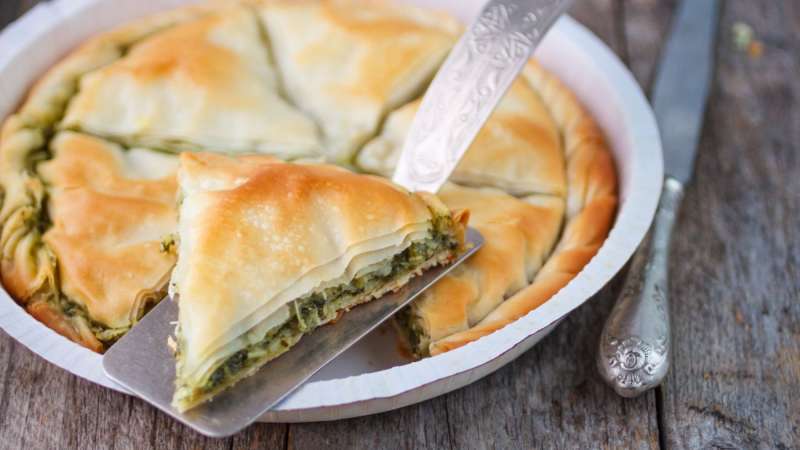