In 2007, Anne Rumery entered a gingerbread competition with an entry that replicated the iconic Frank Lloyd Wright-designed home, Fallingwater. Although the contest took place at the Ritz-Carlton in Half Moon Bay, California, the entry pays tribute to Wright’s iconic house which is located in the woods of Pennsylvania.

At the time, Rumery’s largest concern was whether the house would fit through her kitchen door, as eventually it became clear that making a gingerbread Fallingwater was a major undertaking. She chose to place the house in the middle of a sugary winter scene, complete with a waterfall in blue icing. 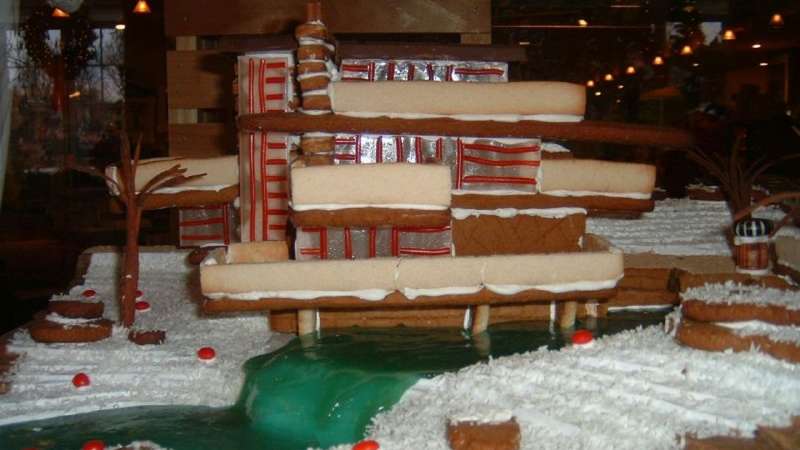 Each year, the executive pastry chef at the Westin St. Francis Hotel in San Francisco goes all out creating a sugar and gingerbread masterpiece. This year, there will be two edible masterpieces on display – the Sugar Castle made of confectionary and sugar, and the Enchanted Castle made of gingerbread, decorated with icing and other edible treats.

Each year, the castles are unveiled the day before Thanksgiving and left until the day after New Years for their guests to enjoy. No one knows what the structures will look like this year, but last year’s Enchanted Castle was glittery white, complete with multiple tall towers clad in off-white fondant. 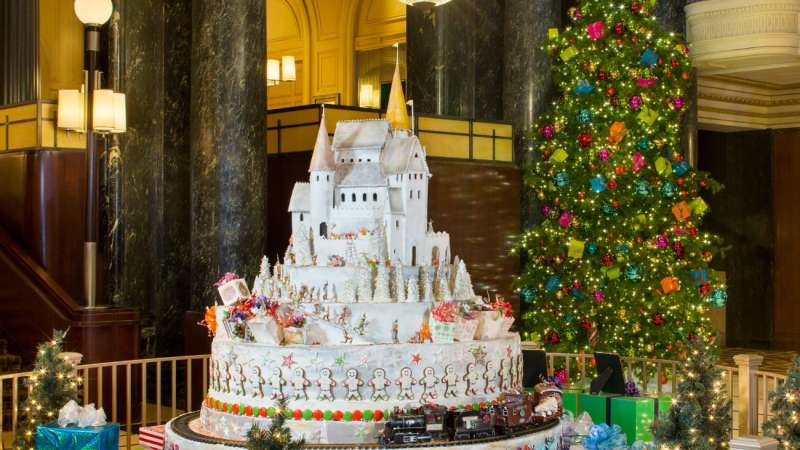 Every year, baker Rachel Klemek advertises her wares through a deliciously ingenious marketing campaign – she fills the window displays of her bakeries with themed gingerbread creations. Last year, she honored the release of the new Star Wars movie, Rogue One – A Star Wars Story with a display of gingerbread AT-ATs (All Terrain-Armored Transports) trudging across the planet Hoth. The gingerbread is baked by Klemek and the staff at Blackmarket Bakery, using her secret recipe that she says is sturdier than regular gingerbread. 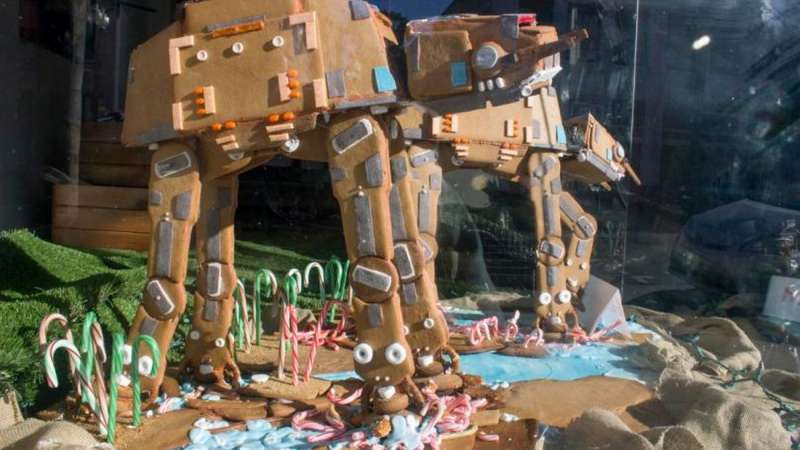 Image via The OCR