Top 7 Foods to Try in Israel

When you mention “Israeli food” to most Israelis, you’ll probably receive a long explanation that there is NO such thing as Israeli food. Due to the large number of immigrants, Israel is a cultural melting pot similar to the USA. Its inhabitants have a diversity of backgrounds, and brought with them the culinary traditions of their home countries.

Now, Israeli cuisine is a conglomeration of ingredients and cooking methods of European, North African, Arabic, and many more origins. Like most cuisines, the origins of many Israeli dishes can be traced through other cultures, finding origins throughout the world – however, Israel makes each dish unique and its own, in addition to coming up with some entirely unique creations.

While hummus has been enjoying a solid spot in the health food sector for the past few years (especially in the USA), the hummus in Israel is a centuries old treat. Made of garbanzo beans, tahini, oil, and spices, the creamy ground dip is ubiquitous throughout Israel. Often garnished with a few whole beans on top, a drizzle of olive oil, and perhaps a few extra herbs, hummus is devoured using soft pita bread as a scooping device.

And you’ve likely been pronouncing it wrong. It’s not “hum-us” its “HOO-mus”. Ask any Israeli and they’ll set you straight. 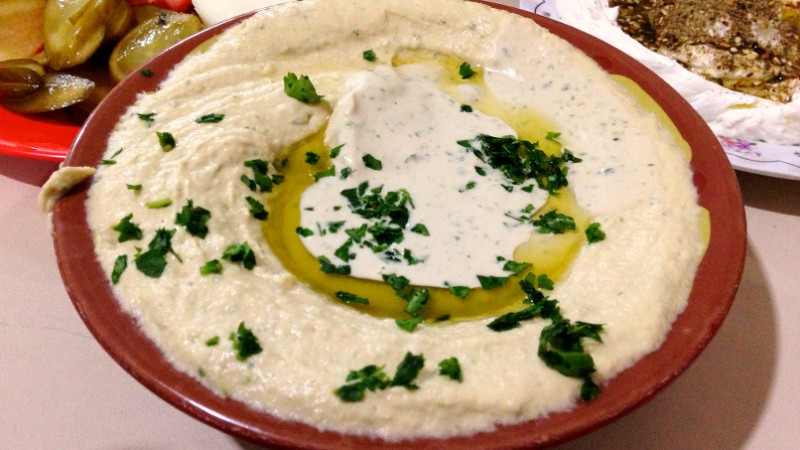 Falafel is a popular dish throughout the Middle East, but Israel has put a serious spin on the little balls of chickpea deliciousness.

Rather than eating the balls by themselves (or splashed with a bit of tahini sauce), falafel in Israel means taking chickpea balls, stuffing them inside of pita along with vegetables and sauce, and squishing them a bit. It’s a perfect snack, and an easy walking lunch, as all the salad, falafel, and sauce is contained within the delicious fluffy pita. 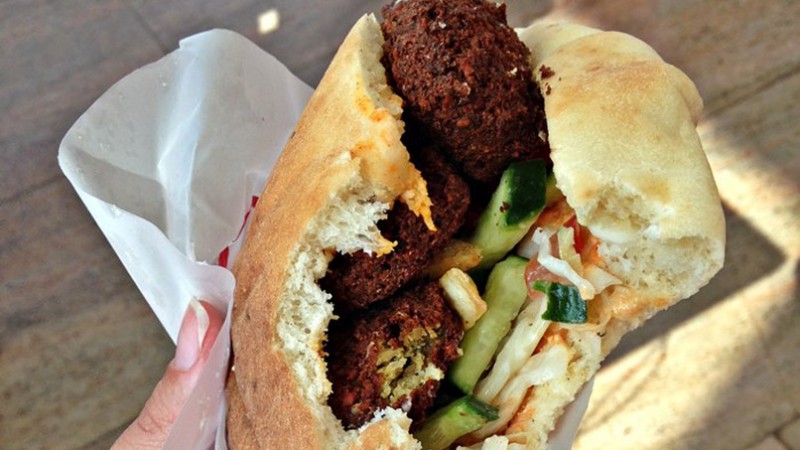 Israeli snacks are on point. My favorite is definitely Bissli. There’s nothing like it anywhere else in the world (it is only produced in Israel), and the texture is similar to a deep fried pasta — mostly crispy, totally delicious — seasoned with any number of flavors including onion, smoky, pizza, falafel, taco, and hamburger flavor (though the most popular are “grill” and “barbecue” flavor).

Each flavor comes in a different shape, with options including squares, circles, spirals, and tubes. 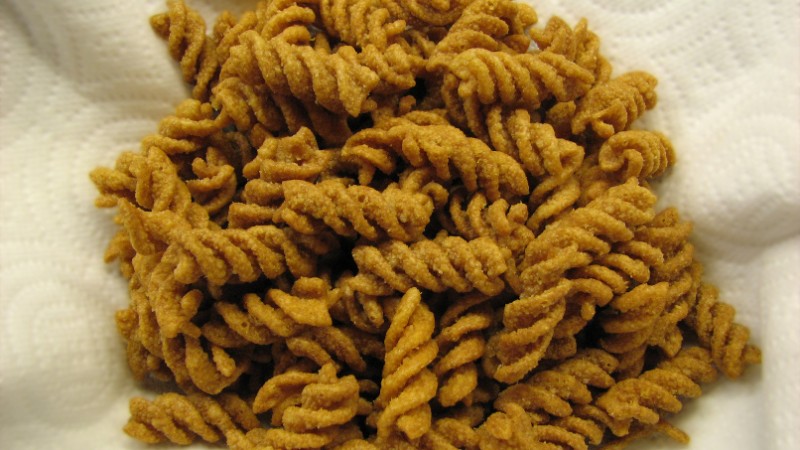